Why do we need private cryptocurrencies?

One of the most essential features, as well as one of the main reasons that cryptocurrencies were invented, are the anonymity and privacy features. The fact is that most people do not care enough about privacy and anonymity as they believe that these features only important to fraudsters and criminals. However, ordinary people do need privacy to protect their everyday life. 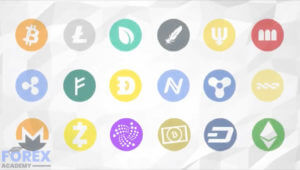 The past decade has brought us various cryptocurrencies that try to fix specific problems in society. Privacy coins became increasingly popular because they provided privacy features that other cryptocurrencies only could not.

Privacy coins are cryptocurrencies that encrypt its transaction by using a technology called “zero-knowledge verifications” or similar private technology. When a blockchain has privacy, its users can transact on it with complete anonymity as well as keep their wallet balances completely private.

Some of the most popular privacy coins include:
Monero
Zcash
DASH
PIVX
Verge
Particl
Bitcoin Private… 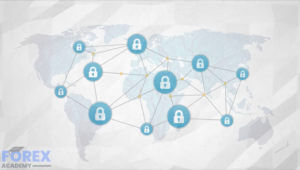 Let’s touch upon some important things about privacy itself as well as privacy coins (both good and bad).

Keeping user’s information private lessens the risk of monitoring, surveillance, or even manipulation coming from governments or any other authority. The more is known about a user, the easier the person becomes to monitor and control. Living in this day and age leaves us exposed to various data mining technology as well as another form of information collector technology that can be used and abused.

Privacy is the only thing standing between people and external control, personal attacks, companies, and other individuals. When it gets ignored and marginalized, it allows third parties to collect your data. Every web search on a search engine or social media post acts as an information carrier which can be accumulated over time to make a detailed digital profile.
It’s about the freedom of thinking and expression
Every human being should be guaranteed freedom of thought and expressing themselves. This freedom is a necessity, but it has lately been entirely blurred by censorship and third-party control. Privacy gives people enough protection for them to feel free and be themselves.
It’s personal – Financial Safety and Reputation
Neglecting your financial privacy can attract various forms of fraud, theft, and danger. The same thing applies to cryptocurrencies as well, as most of them are only pseudonymous but are also quite transparent. The wallets whose private keys leaked have been hacked, damaged, or infected with malware. 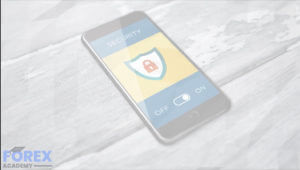 The list of exchanges that have been hacked is ever-growing, as they are the easiest to break into. All of the funds are stored on a few addresses as centralized exchanges keep their customers’ keys to themselves. Privacy coins are here to help manage risk when it comes to any attempt of fraud or theft.

If we move away from finance, we can also include reputation as a significant factor that requires privacy. Every person on this planet has things they wouldn’t want the public to know or see. Some personal information is just not meant for being on display. Privacy features help people stay anonymous and safe from any information theft, which could result in reputation damage.

Talking about privacy is often associated with only the privacy of an individual. However, that should not be the case. Privacy is only real when it’s applied to the whole system of network users as well as exchanges. One user’s carelessness about security could potentially leak information that extends further than most people imagine. That’s why secure systems, rather than secure individuals, should be a priority.
Privacy coin disadvantages
Privacy coins bring a solution to all the problems mentioned above. However, they also bring some drawbacks to the table along with the advantages that they offer.
Various governments, as well as external authorities, are frightened that privacy coins offer the perfect mechanism for concealing criminal operations. Offering the option for untraceable money and information transfers can be a threat to security. Robert Novy, Deputy Assistant Director of the Secret Service’s office of investigations, announced that privacy coins are “one of the greatest emerging threats to U.S. national security.” On top of that, Japan (which is usually quite open to cryptocurrencies) has put a blanket ban on any cryptocurrency exchange, which allows its users the obfuscation of its transactions.
The evidence suggests that financial regulators are undoubtedly anxious and afraid of how introducing full privacy could affect their control over the system. They are slowly but steadily crafting policies that will shape the future of using privacy coins.