The Forex market has a daily turnover of around US$5.3 trillion! That’s around £4 trillion. This market has been growing exponentially. However, growth has pulled back slightly since 2013.
So who is taking advantage of this incredibly liquid market, the biggest traded business on the planet? Large companies and institutions, including banks, HNW individuals, fund managers, firms that have overseas business activities and need to hedge their currency exposure, sovereign wealth funds, and governments’ central banks, importers and exporters, and everyday people in their bedrooms are now trading Forex; thanks to the proliferation of the internet! 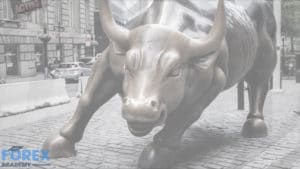 But here is something that new retail traders do not appreciate, nor fully understand: Every single time that a new retail trader pulls the trigger on a trade, where he or she might be trading a pound, or a dollar per pip movement, or perhaps they have already done that, been lucky, and then leveraged their next couple of trades up to 5 or $10 per pip, they are trading against institutional traders who have at their disposal billions of dollars in their trading accounts. And when these guys pull the trigger on a trade, there are a host of professional traders on the opposite side of the fence trading against them! And with much deeper pockets. It is not unusual for an institution to hit a Forex exchange rate with over $500 million in one single ticket; it happens all the time. This kind of size can move the and exchange rate by 25 to 50 pips in the blink of an eye. So new traders be warned; this is what you are up against!
Also, many of these institutional traders will have been to university and studied economics, and cut their teeth trading on smaller accounts at their institutions, until such time as they have honed their skills and then been let loose on multi-billion dollar accounts. And now traders are up against adaptive algorithms which are now regularly used in the Forex market for auto trading purposes. These clever algorithms actually learn how to improve their trading, and they are getting better all the time!

However, it is well known that over 70% of new Forex traders will lose all their deposited money within six months. And this led – according to Reuters – to the China Banking Regulatory Commission banning banks from offering retail Forex on margin to their clients back in 2008. The writing was on the wall for retail FX traders in the west! 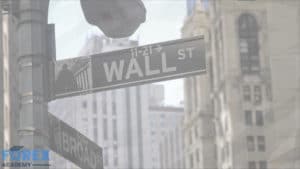 In 2014, the French regulator conducted a survey which concluded that the average % of losing clients was 89%, with clients who squandered €11K on average between 2009 and 2012. Over that four year period, 13,224 clients lost €175M. The estimated number of losing retail traders across Europe during this period was 1 million.

In 2015 the US National Futures Association announced a reduction on limits that US brokers could offer their retail clients to a maximum of 50:1 in 10 listed major foreign currencies and 20:1 on some others. Similarly, in 2018, The European Securities and Markets Authority (ESMA) confirmed stricter changes to the way brokers are able to offer retail Forex clients leveraged trading. We expect we shall see a lot more of this type of intervention in years to come. 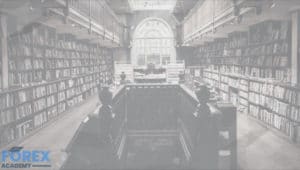 Yet none of this really addresses the real issue, which is why people lose money trading Forex? It simply comes down to education. I wouldn’t strip a car engine down without first going to mechanic classes, or operate on a human without going to medical school, or fly a plane without lessons. And yet thousands of individuals think they can open a Forex trading account and consistently make money. Sure, they might get lucky initially and think they are on a roll, before over-leveraging themselves and wiping out their accounts. In our opinion, here at Forex.Academy, if governments want to intervene, they need to address education. Sure, reducing leverage and insisting on a larger margin requirement will slow down the rot. But

it won’t stop it, whereas insisting that traders are qualified – even to some basic degree of education level – would have a much better positive impact. Just like any profession, people need to be fully educated, and a basic level of education should be the first thing undertaken before newbies are let loose ‘trading,’ a term we use loosely! Under the circumstances, they are gamblers, and we all know what happens to most gamblers!

So to all you people who are thinking about becoming a currency trader, invest in a professionally put together education course and at least give yourself a chance in this volatile arena, which is fraught with danger and will think nothing of absorbing your hard-earned cash into its coffers!

Here at Forex.Academy, we recognize this issue and feel passionate about it. What’s more, we offer all the educational tools you will need to trade effectively, and the only investment you need to outlay is your time because our entire and comprehensive educational library is free!