Is the New Zealand dollar bucking the trend?

Thank you for joining this forex academy educational video. In this session, we will be taking a look at some technical analysis for the New Zealand dollar.

As many countries in the western world are still in the grip of the Coronavirus pandemic, and with many western countries now seeing a second wave, New Zealand has managed to maintain a low infection rate.
The New Zealand dollar, also known as the kiwi, is a major currency and one of the top currencies traded against the United States dollar. 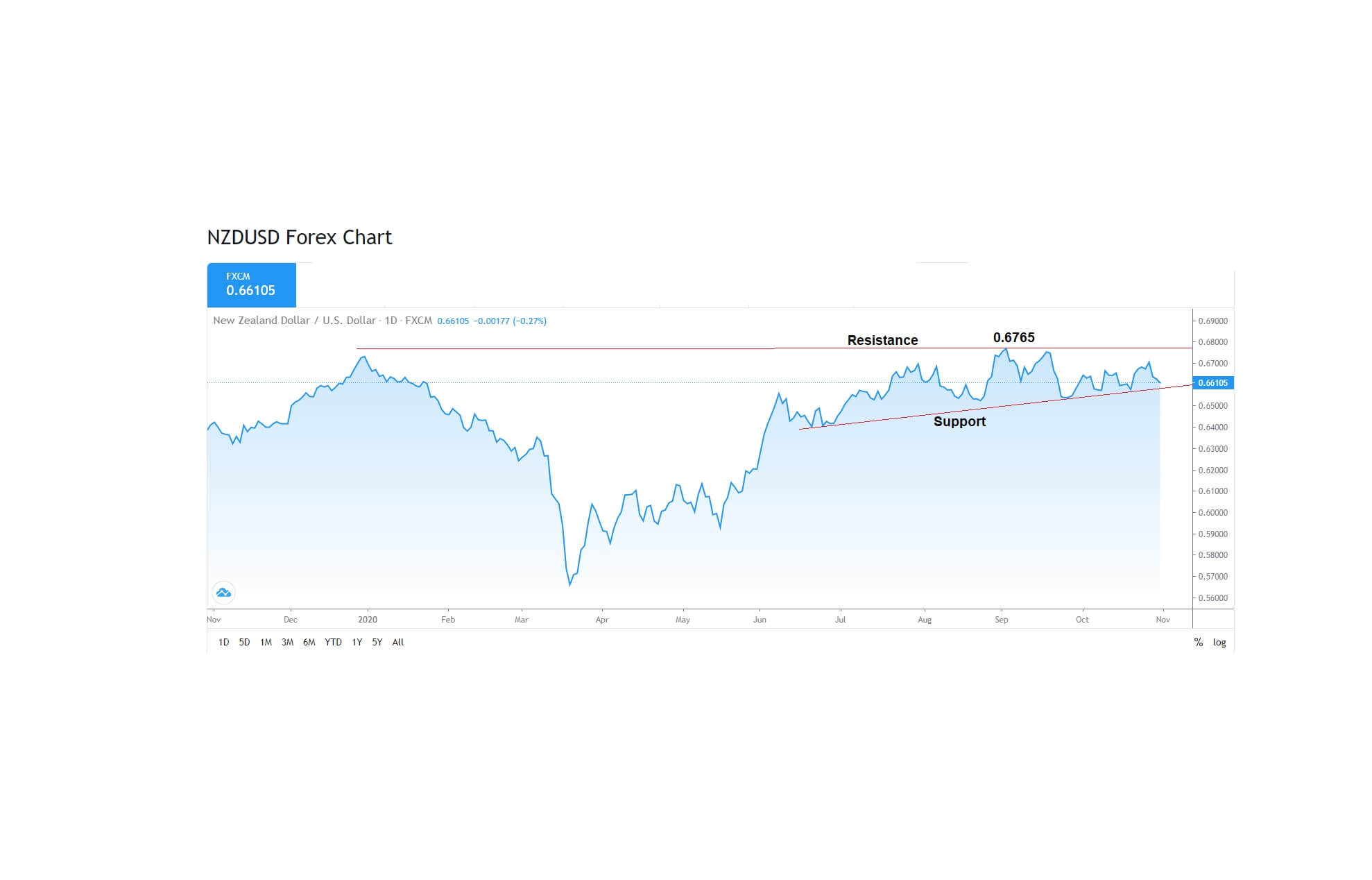 Other major currencies have seen huge swings against the United States dollar and other currencies. The kiwi has remained one of the best performers.

In this yearly chart, if we go back to the beginning of the year, we can see that the pair topped out around 0.6700 before being sold off heavily in the middle of march, and this was largely attributed to the United States dollar being bought as a safe-haven currency and before the pandemic really began to take hold in the US.

Since then, the New Zealand dollar has climbed up to record highs for the year to a peak in September at 0.6765, and although it is off of that high, a clearly defined line of support can be seen on the chart, and where this support line is moving higher, potentially offering a squeeze back to the resistance line and possibly beyond.
At the time of writing, the exchange rate was 0.6610, and with a high of 0.6765, it represents a fall from the high of only 155 pips. 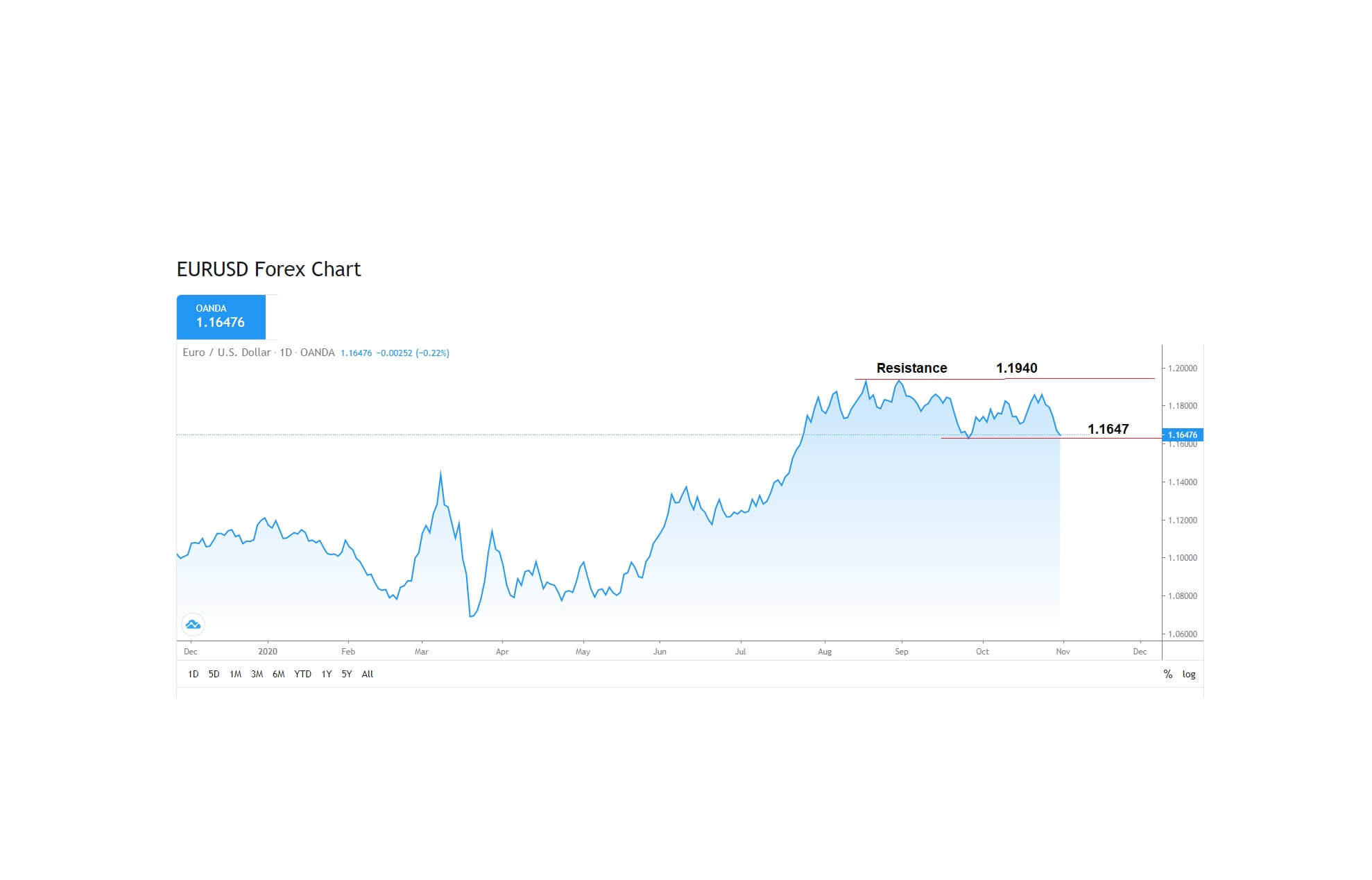 If we now take a look at the EURUSD pair, we can see that while the NZDUSD pair was peaking at its high, the EURUSD pair was also peaking at a defined area of resistance at 1.1940. It subsequently pulled back to its current low of 1.1647, which may become an official support line if it moves higher, and where this move is -293 pips or almost twice the fall in pip value of the NZDUSD pair. This is another indication that traders believe the kiwi is worth buying.
This was further helped this week by the reserve bank of New Zealand, which stated that it would begin to cut back on its government bond purchases and that the economic activity was rising while the coronavirus was under control.
Safe-haven currencies saw some buying with continual downward pressure on the USDJPY pair last week, which tried to hit the key 104.00 level, and the US dollar also becoming a safe-haven currency, moving to fresh highs of above 94.00 on the DXY index, and yet again this did not cause a huge sell-off in the New Zealand dollar, as it held to the support line.

The week ahead is a monumental one with potentially a change in leadership for the US presidential office, and it is extremely difficult to predict where things might go from here. However, once the dust has settled, the economic indicators favor the New Zealand dollar, and we believe this will become a bid currency.