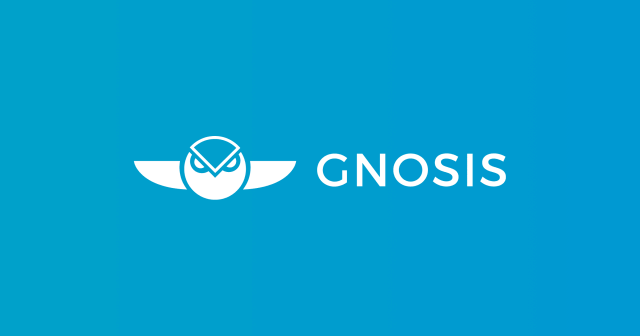 With the invention of blockchain, the world can shift to universal, decentralized, peer-to-peer, and cryptographically secured prediction market platforms. This can allow information aggregation to be more reliable and efficient, even scale to levels previously thought impossible.

Gnosis is a blockchain-based prediction market platform that wants to make this a reality. It provides a decentralized, permissionless, and trustless marketplace where users can trade their opinions on various outcomes, providing a thriving information aggregation pool.

How Does Gnosis Work?

To understand how Gnosis works, let’s look into how exactly prediction markets work. Prediction markets utilize predictions of participants to collect opinions about future events. Market participants trade tokens that represent the potential outcome of a particular event. Since some outcomes are more likely manifest than others, the traded tokens do not have equal value. Tokens that represent more likely outcomes have more value than tokens whose outcomes are far more unlikely to occur. When the event finally occurs, the tokens representing that outcome are accorded full value while the rest of the tokens receive no value.

The Value of Prediction Markets

Prediction markets rely on the phenomenon of the “wisdom of the crowd” – the idea that a collective group of people is smarter than that of an individual expert. Prediction markets can be relied upon to forecast an endless array of outcomes – from football matches to an election, to climate change, to the financial events, to epidemics, and so on.

The financial sector, in particular, heavily relies on prediction markets to predict the future prices of varying assets. Any participant can create their own event questions.

For instance, a user can create the following event:” will Bitcoin hit $20, 000 one month after the halving?” Responses to this question will come down to two simple choices: “yes” and “no.” When the market for this event opens, both prediction variables may be even, but the position for each might start to shift dramatically as we near the actual event.

If Bitcoin hits $20,000 one month after the halving, “yes” tokens will receive full value and then “no” tokens, and the reverse is true. A market participant has two ways to make money in a prediction market. One is to buy and hold the tokens in the anticipation that your prediction is right. The other is to trade the token in response to shifts in sentiments concerning the outcome.

Gnosis comprises three core layers in its architecture that unites these platforms:

Gnosis is the brainchild of Martin Köppelmann and Stefan George. Köppelmann is the CEO while George occupies the position of CTO. The team has also onboarded Dr Friederike Ernst as the COO.

The Gnosis platform has two types of tokens: Gnosis (GNO) and OWL. GNO is ERC20 compliant tokens that were sold during the ICO. GNO has a total supply of 10 million, and no additional tokens will be created.

You can receive OWL tokens by staking GNO tokens. What you need to do is lock up your GNO in a smart contract. How many OWLS you receive will depend on how long you have staked GNO, plus the total supply of OWL tokens in the market. OWL tokens can be used for payments on the Gnosis ecosystem. 1 OWL = 1 USD.

Gnosis burns tokens received as fees, removing them from circulation. Users can also pay fees with any other ERC20 token. When a user pays for fees with such an option, the platform buys GNO with the other currency and burns the GNO. This burning mechanism is meant to discourage inflation of GNO, increasing its value. For its part, GNO continually readjusts the distribution of OWL to make sure it always equals $1.

You can purchase GNO from a variety of exchanges, including Kraken, Bitfinex, Livecoin, Kyber Network, HitBTC, Uniswap, Bancor Network, Fatbtc, VALR, and GOPAX. The token is available as a trading pair with BTC, ETH, BNT, USD, EUR, and KRW.

Being an ERC20 token, you can keep GNO in any Ethereum-compatible wallet. Options include MyEtherWallet, ethaddress, Guarda, Trust Wallet, Parity, and hardware wallets such as Ledger Nano and Trezor. There’s also the option of Gnosis’s multi-signature, non-custodial, and wallet-agnostic (support for hardware, browser, or mobile) Gnosis Safe wallet.

Gnosis is seeking to transform how we know prediction markets. The team believes that for a prediction market to be truly disruptive, it should be free from the control of centralized entities and operate on a peer-to-peer basis. Platform users can quickly exchange tokens in the decentralized exchange DutchX, and they can store any Ethereum token on the Gnosis Safe proprietary wallet. The Gnosis network has several parts playing to the advantage of each other, and users will find it a fun, robust, and money-earning platform.