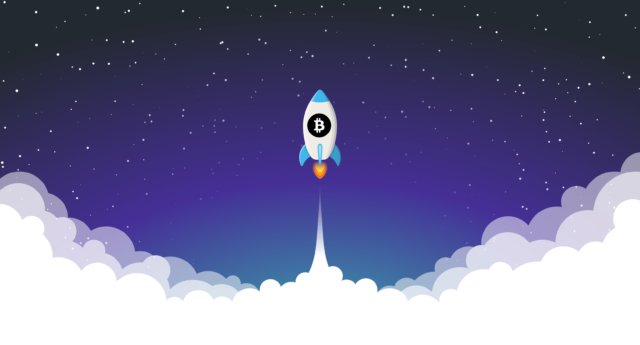 One of the most important motives behind the invention of cryptocurrencies is that they should have the ability to be an alternative financial system. That is, we, the users, should be able to use them just like how the fiat currencies are being used today, but with many more features and ease. While this thought is very ambitious, the journey has already begun with Bitcoin. The total market capitalization of all the cryptocurrencies combined is around $200 BN as of Dec 2019. 66.4% of this comes from Bitcoin alone.

No matter how many cryptocurrencies have come, the craze for Bitcoin didn’t decrease. As this craze was not anticipated during the inception of Bitcoin, the network had to endure scaling issues, i.e., the number of transactions processed per second. New age cryptos are handling scaling issues by incorporating advanced consensus algorithms. But the Bitcoin network wants to stick to the POW as 18 million Bitcoins are already mined out of the permissible 21 million.

SegWit stands for the segregation of witnesses. It is a protocol upgrade that changes the way data is stored in the blockchain network. SegWit was first implemented in Litecoin in May 2017, and later, very shortly, it is also implemented in the Bitcoin network by August 2017. Although the primary intention of this protocol is to fix a bug, the side benefit has taken much more significant importance. When the Bitcoin network started, each block size was limited to only 1 MB. As a result, only seven transactions were processed per second, which limits the potential of Bitcoin in the day to day transactions.

The signatures alone occupy 70% of this 1 MB data in the block. Hence it was proposed to eliminate the signature in the block and increase the number of transactions. By doing this, the number of transactions processed per second is increased while keeping the block size constant. This upgrade also enabled technologists to develop a second layer on the Bitcoin network, which allows smart contract functionality. It is named as the lightning network; let’s understand this concept in detail.

Lightning network is essentially a system of smart contracts built as a second layer on top of the Bitcoin network. This network allows people to send/receive payments instantaneously with way lower transaction fees by keeping them off the main network.

First and foremost, a payment channel must be set up using a multi-signature wallet. All the involved parties can access this wallet with their respective Private keys. The wallet address is then saved in the public blockchain network. The corresponding parties can make Bitcoin deposits to this wallet.

Though the block size of the Bitcoin network has been increased to further cope up with the scaling issues, these were the two most favorable measures taken at the time when needed to make Bitcoin desirable for day to day transactions. We hope you understood the concept of adaptive scaling in a blockchain network. Stay tuned for more interesting crypto content. Cheers!