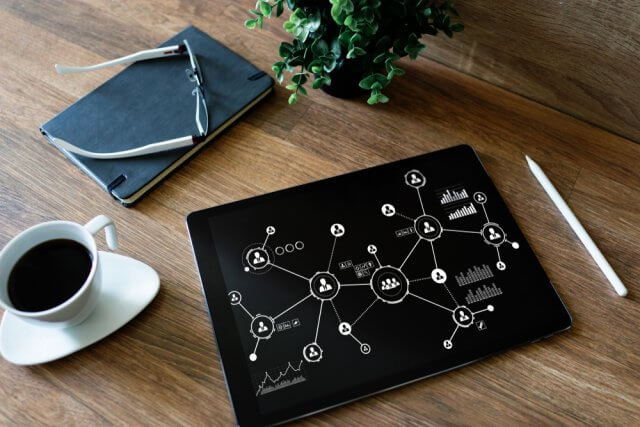 With the invention of bitcoin, Blockchain has become mainstream. Industry experts in almost all industries are exploring Blockchain to change their business models to make use of decentralization to achieve more transparency, thereby gaining more profits. The business model is nothing but how the business is operated to make money ultimately.

With features like immutability, transparency, and decentralization, Blockchain can create ripples in any industry that haven’t seen much change for some decades. Blockchain’s mainstream application has been in finance, which has seen rapid changes though Blockchain hasn’t been implemented to a considerable extent yet.

Implementing Blockchain isn’t an easy task. Hence, one should consider all the available technologies first and implement Blockchain only if any other current technology doesn’t make the same impact of Blockchain if implemented. The technology shouldn’t be useful not only for the business but for the end-users as well.

Let us look at some of the blockchain business models below:

Blockchain as a Service (BaaS)

The days are gone where the businesses try to host everything on their own. Investing in large servers, hiring staff to maintain them is a costly process, and no one wants to do it anymore unless they have large amounts of money to burn. Hence everyone wants to move to the cloud. When it comes to Blockchain, if one has to set up a blockchain network, they must search for blockchain experts who are rare and costly to obtain the talent, if any.

Train your existing staff, which is again time-consuming; hence BaaS plays a vital role in implementing Blockchain in any business. Blockchain as a Service is also provided by cloud providers where a lot of scary backend stuff can be set up and maintained by them while the business can only focus on their business. Large cloud providers like AWS, Microsoft Azure, IBM, Oracle are already offering BaaS services.

Securities is one of the exact innovational models which didn’t exist before Blockchain. Security tokens offer ownership of an asset. A token can be classified as a security token if a profit is expected from the primary asset linked to the digital asset.

Whenever we buy some material things, we look at the utility of the material to gauge our satisfaction. Utility tokens do the same thing in the businesses they use. Each utility tokens have a purpose, role, and features in the environment they are used to. In our articles, we have seen DAO’s, which can be accumulated to deserve the voting rights for the DAPPs to be developed.

DAO’s are a perfect example of Utility tokens. Ripple acts as a utility token in the banks involved with the Ripple ecosystem. The tokens can be used as a currency as well in the confined environment. The value of the utility tokens increases depending on the number of roles and purposes it has in the intended environment.

Development platforms like Ethereum, Hyperledger, Tron play a vital role in the augmentation of blockchain technology. The development of DAPPs on these platforms is secure in implementing the technology as, by default, they offer Blockchain’s fundamental properties. The more DAPP’s in the network, the more influential the platform will be as more people will be using the same.

The deployment of DAPPs in the Ethereum platform needs the payment in terms of Gas, the platform’s local currency, which allows one to use it. In the same way, to use the Neo platform, users have to pay in Gas, the platform’s local currency. Even the DAPPs may collect a nominal fee in terms of Gas again to use the apps, thus improving the functionality continuously.