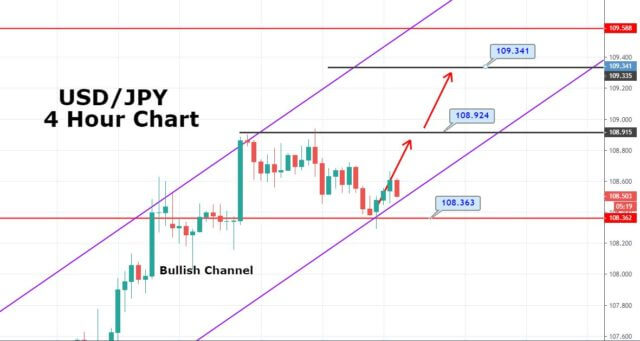 Financial market’s eyes were on the Brexit ending moments, while the Chinese Gross Domestic produce disappointing figures was also a weigh on risk appetite. As well as the stocks were underperforming into the close with the S&P 500 off by 0.4%, although the DAX was down 0.2%, and the FTSE 100 was down 0.4%.

At the Brexit front, the Chinas economy increased at the target rate by 6% in the 3rd-quarter, which boosted the safe-haven demand, whereas the Brexit uncertainty is currently doing the same work.

United Kingdom Parliament voted 322 to 306 in support of Lewtin Amendment to delay Prime Minister Johnson Brexit’s deal with European Union, but the U.K parliament declared an act withholding support until full legislation is passed. So, Prime Minister Boris Johnson requested the European Union for a 3-months delay, but he didn’t sign the letter yet and stating that his plan was still to get approval for the departure deal and leave European Union by 31 October. Notably, the European Union twenty-seven leaders are remained to respond.


On the other hand, the United States’ two-year treasury yields dropped from 1.59% to 1.57%, whereas the ten-year return consolidated sideways between 1.73% and 1.77%. Markets are anticipating 22 basis points of rate cut the 31 October meeting and a terminal rate of 1.21% against 1.88% currently.