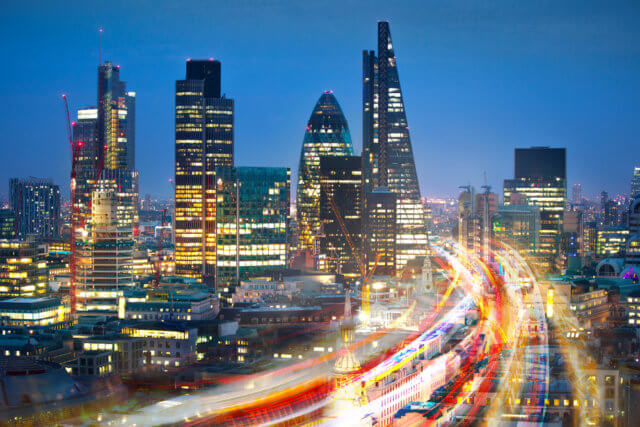 The EUR/USD currency pair is flashing red and representing marginal declines on the day, mainly due to the tension of the intensified trade war between the United States and China. As of writing, the currency pair is currently trading at 1.1055 and consolidates in the narrow range between 1.1053 – 1.1061.

As we know, the pair had closed above 1.1097 during the Thursday, canceling the lower highs setup on the daily chart and confirming the bullish reversal. The breakout was short-lived because the currency pair fell from 1.1110 to 1.1040 during the U.S. trading session in the wake of the Nonfarm Payrolls figure.

At the fed front, the traders priced out chances of 25-basis-points rate cut by the Federal Reserve rate cut in 2020 after the release of the upbeat United States employment report. While on the U.S. dollar front, the greenback may remain in buying mainly due to upbeat payrolls data and trade tensions.

The data released during the weekend showed China’s exports to the U.S. dropped by 23% in November, the most significant monthly decline since February.

The depressing figures may convince the United States President Donald Trump that his trade war is creating desired results, and he will likely move forward with a tariff spike on $160 billion of Chinese goods.

At the Sino-US front, the tensions regarding the United States and China intensified trade war will likely keep the shared currency under pressure. Ultimately, the trade fears have pushed Germany, the Eurozone’s largest economy.

The EUR/USD has disappointed in its first test of the 5-month downtrend at 1.1113. The EUR/USD is trending lower but has not gained any support until now. The EUR/USD has next support near 61.8% Fibonacci support level of 1.1040.

While the resistance stays around 1.1070, and it’s strictly followed by the 1.1075 horizontal resistance mark. Considering the recent crossover on MACD, the pair may trade bearish below the 1.1070 level today.

The market traders seem very careful to continue the recent bullish streak beyond the 7-month high ahead of the snap December election in the United Kingdom.

Moreover, the weekend survey indicates that the ruling Conservative Party continues to maintain top position across all major surveys. However, the opposition Labour Party seems to cut the lead as far as data from ComRes and Deltapoll are concerned.

The fresh news from the U.K. politics shows that the Prime Minister (PM) Boris Johnson agrees that there will be insignificant checks between the U.K. and Northern Ireland. The United Kingdom Prime Minister Boris Johson has been criticized many times for not coming in the General debates. Still, the recent one on Channel 4 looks to be suitable for the Tories.

At the Sino-US front, the United States (U.S.) did not reduce the scope of fresh tariffs on Chinese goods that are up for December 15. The same thing keeps market players under pressure because phase-one talks are yet to provide any strong development.

The traders will keep their eyes on Thursday’s election, as well as monthly figures of Manufacturing Production, Industrial Production, and Gross Domestic Product will likely offer fresh direction to the cable pair.

On the technical side, the prices need to cross May month high near 1.3180 to target 1.3200 and 1.3270 figures to the north, declining to do so highlights Wednesday’s top surrounding 1.3120 as immediate support.

The USD/JPY currency pair flashing red and found near the 108.58, in short, the pair stays moderately changed to Friday range despite the upbeat growth data from Japan. As of writing, the USD/JPY Currency Pair currently trading at 108.58 and consolidates in the narrow range between the 108.55 – 108.67.

The final figures of Japan’s 3rd-quarter (Q3) Gross Domestic Product (GDP) increased past-0.2% forecast and 0.1% preliminary expectations to +0.4% on QoQ basis. Though the annually figures matched no change expectations of 0.6%. Moreover, Japan’s Trade Balance on Balance of Payment (BOP) Basis for October crossed ¥1.1 B before a whooping ¥254 B.

Markets risk sentiment didn’t succeed in extending the previous gains because the traders look careful ahead of the critical week that includes the crucial central bank meeting and the general election in the United Kingdom. Moreover, recent polls of the British December snap election seem to keep the ruling Conservative Party at the top and decrease fears of the united kingdom political trauma.

At the Sino-US front, the United States tariffs of China are ready to happen on December 15, and the Trump administration wants a phase-one to turn the tariff’s switch off. However, China seems not in a mood to respect the U.S. and trade deal, even after supporting agricultural demand. Looking forward, traders may look for trade/political headlines for fresh impulse.

The boosted demand for haven assets and weaker U.S. dollar has driven sharp selling in the USD/JPY currency pair this week. For now, the pair is trading above 108.550, which is working as a double bottom support level.