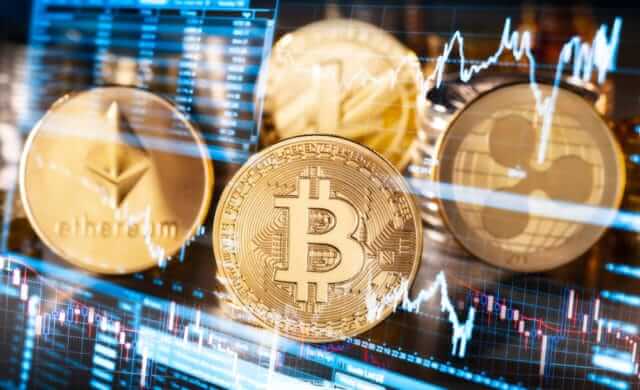 Cryptocurrencies are unlike any other asset in several ways. One of these is their deflationary nature. Just like fiat currency, cryptocurrencies will decline in value if their supply exceeds demand. Different cryptocurrencies use different tactics to combat inflation – from burning coins to destroying, to limiting mining rewards so that fewer coins are released into circulation. Others have a fixed supply cap so that their supply is always less than their demand – preventing their devaluation.

Emission, a.k.a emission curve, emission rate, or emission schedule is the speed at which a cryptocurrency’s coins or tokens are released into circulating supply. The majority of cryptocurrencies are designed so that new coins are released on a regular basis – which is referred to as controlled emission.

Others have been designed so that no further release will ever take place (no emission), while others are designed while leaving the emission question open-ended. In other words, such cryptocurrencies have uncontrolled emission.

In this explainer, we discuss some of the well-known cryptocurrencies to shed light on these supply classes and the anti-inflation approaches they employ.

Finite Supply with No Emission

In this category, we discuss three popular cryptocurrencies that have a finite supply with no emission – namely NEM, Binance Coin (BNB), and Ripple (XRP).

☑️ NEM – New Economy Movement is a blockchain network whose native currency is XEM. The NEM blockchain was launched in 2015 with the goal of building a “new economy based on the principles of financial freedom, decentralization, equality, and solidarity.”

XEM is particularly very popular in Japan, where it’s hailed as second only to Bitcoin. The crypto has enjoyed top-ten status in the largest cryptocurrencies by market capitalization – for instance, being seventh in 2017. As of November 2019, the crypto is occupying the 28th position.

The crypto has a fixed (finite) market supply of 9 billion. And transactions are validated through harvesting.

Harvesting in NEM is similar to mining in Bitcoin – serving the same purpose of validating transactions and creating new blocks in exchange for the native coins. The cryptocurrency introduced the proof of importance consensus mechanism – which essentially means granting voting power based on how many coins a user owns and how many transactions they have made. Thus, whoever gets to harvest a block is determined by randomly selected big stakeholders on the XEM network.

☑️ Binance Coin (BNB) – BNB is the native currency of the Binance platform. Binance is a crypto exchange – currently the largest in the world by market volume. Binance coin was initially launched on the Ethereum blockchain but has since been moved to Binance’s own blockchain – the Binance Chain.

Binance coin’s supply is capped at 200 million tokens. The crypto cannot be mined, as all coins were pre-mined before the Initial Coin Offering (ICO). 100 million tokens were offered to the public during the ICO, 80 million given to the founding team, and 20 million to angel investors.

Today, BNB is used by traders on the Binance platform to pay for trade transactions like trading fees and withdrawal fees. The coin can also be traded for other crypto coins. Users on Binance exchange receive a 50% discount for the first year, a 25% discount the following year, a 12.5% discount rate the third year, a 6.75% rate in the fourth year, and no discount then onwards.

As the discount rate decreases, so will the value of the crypto-coin. To counteract this devaluation, Binance utilizes a process known as “The Burn.” The platform will burn tokens based on the performance of the trading platform until 50% of the crypto is destroyed. The aim of this burning will be to stabilize the price of BNB overtime. After 50% is burned, only about 100 million tokens will remain.

☑️ Ripple (XRP) – XRP is the native currency of the Ripple platform. The Ripple platform was created with the aim of using blockchain technology to improve payments, remittances, and currency exchange. This would be achieved by making these processes quicker, cheaper, and faster. The XRP token acts as the in-between between currencies. Since it doesn’t discriminate against any currency, it becomes a bridge between one currency to another.

The Ripple cryptocurrency – abbreviated as XRP, is the third-largest crypto by market capitalization. The maximum supply of XRP is 100 billion tokens – all of which were mined pre-release. According to Ripple, no more coins will be created.

Over time, the supply of cryptocurrency will decrease. Ripple achieves this by destroying the XRP tokens after they facilitate transactions. At the time of issuance, Ripple founders awarded themselves 20 billion tokens. In 2017, the company placed 55 billion tokens into an Escrow account – selling 1 billion tokens every month for the next 55 months. If all coins are not bought, the remaining tokens will be returned to the account for sale after the 55 month period.

In this category, we will discuss the most recognized cryptocurrency that fits the limited supply with controlled emission – or whose creation is a regulated process.

Bitcoin is the pioneer cryptocurrency. At the time of this writing, its market cap is $156 billion, commanding more than half the total crypto market. Bitcoin’s supply is capped at 21 million, and the release of new Bitcoins is achieved through a process known as “mining.”

The bitcoin network has been programmed to award “blocks” every ten minutes to miners who are, in turn, awarded free Bitcoins for their effort. The block rewards are halved for every 210,000 blocks mined.

At inception, miners received 50 coins for every block mined. It was then halved to 25 coins, then to 12.5 coins, with the next halving – in May 2020, bringing them to 6.25 coins. If the Bitcoin network remains intact and the halving process maintains the same formula, Bitcoin will reach its max supply in 2140.

Cryptocurrencies in this supply category have no supply cap, and their release into circulation is not a fixed variable. We’ll use the most popular crypto falling in this category – Ethereum.

Ethereum is an open-source blockchain that enables people to create decentralized applications. Launched in 2015, it’s a result of the movement towards eliminating third internet parties from monetary transactions.

The platform enables the creation of smart contracts and decentralized applications without the possibility for downtime, fraud, or third-party interference. (Smart contracts are computer nodes that allow the exchange of anything of value. Ethereum allows agreements between parties to self-execute when specific conditions are met – hence “smart contracts”)

Ether (ETH) is the native currency of the blockchain platform, and it’s used to fuel transactions on the network. It currently has no capped market supply, with its developers having a “we’ll figure it out as we go” approach. ETH miners originally received 5 ETH as block rewards, but this was reduced to 3 ETH after the Byzantium update to the Ethereum blockchain in October 2017. The reduction in block rewards is in an effort to reduce inflation and devaluation of the currency by reducing the amount of newly released ETH.

However, discussions are in place in the Ethereum community to introduce a hard cap on ETH. Vitalik Buterin, one of the key developers of the network, suggested this in April 2018: “In order to ensure the economic sustainability of the platform under the widest possible variety of circumstances…I recommend setting a MAX_SUPPLY = 120, 204, 432 of ETH…” However, discussions by ETH developers and enthusiasts about the subject are yet to yield fruit as of November 2019.

It will be very intriguing to see the evolution of crypto supply models adopted by new and yes – existing cryptos as we go forward. Will the crypto market be more favorable to flexibility, as in the case of infinite supply with uncontrolled emission, or certainty – as in the case of cryptocurrencies such as Bitcoin? Will it matter at all? Whatever the case may be, the cryptoverse is set for some interesting times ahead.