Tether and its controversies

Before talking about how does Tether work, we have to know what it is.
Tether is a blockchain-based stable cryptocurrency backed in fiat currency. Tether is backed by the US Dollar, which is all held in a designated bank account. Tether tokens are traded under the USDT ticker symbol.

Tether was first launched under a different name. It was called RealCoin when it first came out in July 2014. However, it was quickly renamed to Tether in November by Tether Ltd. Tether Ltd. is the company that maintains the reserve amounts of fiat currency. Tether started trading in February 2015. 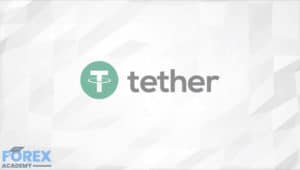 Tether is the leader of the new type of cryptocurrencies called stablecoins. Stablecoins are created to keep cryptocurrency valuations stable, as most cryptocurrencies fluctuate too much in price to be considered viable currencies. Low volatility would allow stablecoins to be used as a medium of exchange rather than as a medium of speculative investments.
There are many forms of stablecoins, and Tether specifically belongs to fiat-backed stablecoins. As previously said, the US Dollar backs each Tether token in circulation. Tether was created to build the bridge between fiat currencies and cryptocurrencies. It is supposed to offer stability, transparency, and minimal transaction charges to its users. Tether is pegged against the US Dollar and maintains a 1-1 ratio in terms of value and price. However, there is no guarantee whatsoever provided by Tether Ltd. that users can exchange their Tether tokens for US dollars.

According to CryptoCompare data cited by The Wall Street Journal, somewhere around 80% of all Bitcoin trading is currently done in Tether. If this is true, Tether would be considered a major source of liquidity for Bitcoin as well as the cryptocurrency market in general. 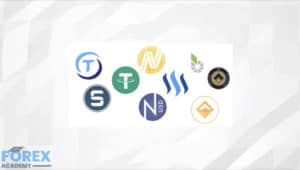 Tether was known for its controversies throughout its history. It allegedly got hacked for $31 million worth of Tether tokens, which made the company fork the coin to create a rollback. This event happened in November 2017.

This is not the end of controversies with Tether. Another controversy happened as the audit that was created to ensure that the fiat reserve is maintained never took place. Instead, Tether announced it was parting ways with the firm that was supposed to audit them. Right after that happened, Tether was issued a subpoena by financial regulators. This event happened in January 2018. 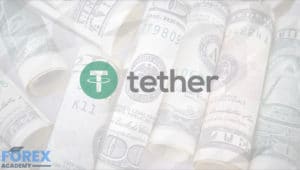 In April 2019, New York Attorney General Letitia James accused the parent company of Tether Ltd. as well as the operator of cryptocurrency exchange Bitfinex of hiding tremendous losses from its investors. Allegedly, Tether hid a loss of $850 million from its investors.

Tether has always been a center of attention when it comes to controversies. Many people are still insecure about whether it is backed by fiat currency or not. As there is no real evidence of whether the fiat funds exist, no one can say for sure. However, Tether remained a stable cryptocurrency for quite some time. So far, it has been a safe haven for traders and investors that want to move their funds away from volatile cryptocurrencies when the bear market approaches, without actually exchanging the cryptocurrencies for fiat. This way, they are avoiding various exchange and transaction fees.

Tether token is transacted on many popular cryptocurrency exchanges such as Binanace, BitFinex, and Kraken.