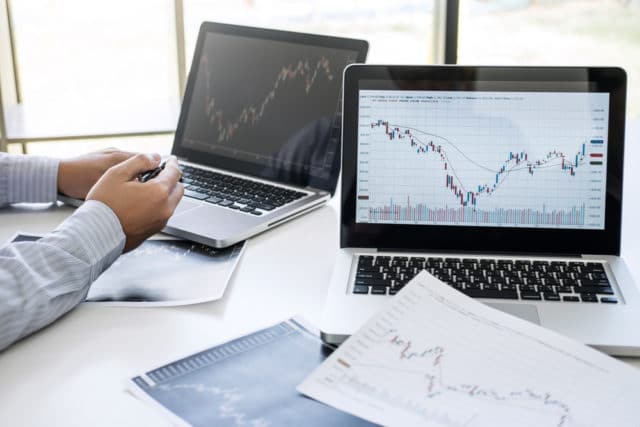 The U.S. Dollar Index edged up 0.1% on the day to 97.96, as investors remained prudent over the prospects of a U.S.-China trade deal. The U.S. President Donald Trump mentioned that China is not stepping up in trade negotiations, while the Wall Street Journal reported that China’s chief trade negotiator Liu He had invited his U.S. counterparts for more talks.

The EUR/USD currency pair flashing green and will likely hit the bearish track if the new European Central Bank President Christine Lagarde sounds dovish in her first policy speech. So, let’s see what will happen.

As of writing, the EUR/USD currency pair currently trading near 1.1063, showing a 0.12% increase in the trading hours, by the way, the pair hit the high of 1.1097 yesterday. The new European Central Bank President Christine Lagarde will be giving her first big policy speech at a banking conference in Frankfurt. She avoided talking regarding the monetary policy during her last November 4 speech in Berlin.

It should be noted that the dovish comments may send the EUR/USD currency pair near the bearish level of 1.10. The EUR currency will likely cancel the next bearish move if the Lagarde sounds hawkish regarding the policy and calls for more effort on the fiscal front.

On the other hand, the recent report came that many board members held against the previous President Draghi’s decision to add further stimulus in September. So, Lagarde has limited opportunities to raise expectations for more stimulus. Moreover, Germany avoided recession in the 3rd-quarter.

According to the forecast, the chance of Lagarde sounding neutral-to-hawkish is high. However, the resulting increases in the EUR will likely to be canceled if the preliminary Eurozone and German PMI, scheduled for release after Lagarde’s speech, disappoint expectations. The final figures for Germany’s 3rd-quarter GDP, recorded at 07:00 GMT.

The currency pair created a bearish hammer candle on Wednesday, indicating the bullish move from its recent lows below 1.10 has run out of steam and sign of an aggressive bearish move. However, a bearish reversal will be confirmed if the EUR/USD pair closes below the candle’s low of 1.1053 (a hammer) on Thursday. Also, a close above 1.1081 would negate the bearish hammer and signal a resumption of the recovery rally.

The GBP/USD currency pair found on the bullish track the first time after the starting of the week due to a variation in the market trade sentiment. While the pair is currently taking bids to the 1.2920.

The recent recovery could partially be attributed to the silence before taking a decisive turn in the US-China trade tussle. As per the Reuters, the United States (U.S.) may delay December 15 tariff hikes while the CNBC’s news of China still having U.S. trade negotiators on their invitation list triggered risk recovery. Even so, the U.S. Navy’s claim of “Freedom of Navigation” in the South China Sea was harshly criticized by Beijing.

We may say that the recent recovery in the GBP/USD currency pair inspired by the silence before happening any positive activity in the United States and China trade deal. Moreover, the chances that the United States will likely delay the increased tariff on Chinese goods. In contrast, China invited the United States negotiators, recently trying to restore the sentiment of the market.

On the economic calendar, Markit is scheduled to release preliminary readings of the U.K.’s Manufacturing and Services Purchasing Manager Index (PMI) figures, whereas the US PMIs and Michigan Consumer Sentiment Index will also enhance the line.

On the other hand, the month brings the first flash PMIs for the U.K. For the manufacturing PMI, we look for a bit of a pullback to 49.3 (market: 48.8), as election uncertainty weighs on sentiment. Notably, the Chances for Sino-US trade deal and hard possibilities of hard Brexit should support the PMI above its lows from the summer.

On a shorter timeframe, the GBP/USD is trading with a bullish bias at 1.2930. The bullish trend is mostly triggered due to the Three White Soldiers pattern, which is suggesting a strong buying trend in the GBP/USD pair. On the upper side, the immediate target is likely to be 1.2960.

The USD/JPY currency pair is sideways near the 108.60 and consolidates in the narrow range of 408.46 and 108.70 because markets want more transparency on the trade deal between the United States and China.

At the Sino-US front, the chances that the United States will likely delay the increased tariff on the Chinese goods. In contrast, China invited to the United States negotiators, as delivered by the South orning Post and the Wall Street Journal, recently trying to retore the sentiment of the market. However, uncertainties still surrounding the United States and China trade deal because China now awaits the United States President Donald Trumps to proceed with the Hong Kong bill after congress passed the much-criticized bill.

At the Japan front, the Japan October Consumer Price Index was expected to tick up fractionally, to 0.3% YoY overall, 0.6% YoY ex-fresh food & energy.

The USD/JPY is trading at 108.500, just below the bearish trendline, which is extending resistance at 108.700 area. The closing od Doji candle below 108.700 level saying a lot about investors’ sentiment. On the other hand, the MACD and RSI are still holding in the bullish zone.

Due to different sentiments, we should keep a close eye on 108.550 level today as the USD/JPY can trade bearish below and bullish above this level. On the lower side, the target remains 108.250, while 109 remains the bullish target.