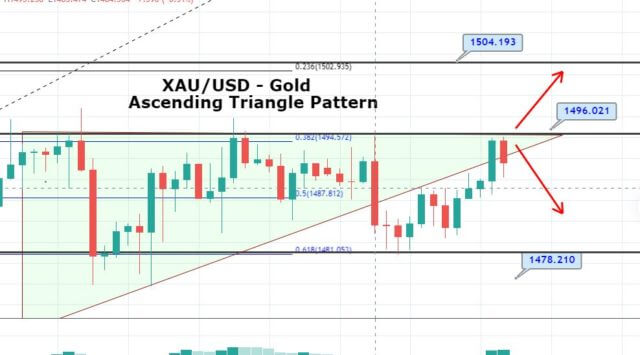 The safe-haven metal prices fond on the bullish track due to fresh Brexit headlines. Prime Minister Boris Johnsons Brexit bill gained the parliamentary support, but the government timeline of just three-days discussion on the bill was rejected.

The Chances of Britain departing the European Union before the deadline date of 31 October has dropped sharply, mainly due to parliamentary failure.

On the other hand, the headline came from the Prime Minster Boris Johnson office said that if the European Union agree to a delay until January, then the only way to shift from Britain’s Brexit crisis is a new election.

At the US-China trade front, Chinse Vice Foreign Minister Le Yucheng said during this week that the China and United States reached on some developments in trade talks, as well as he said that as long as both nations respected between ourselves, all problems can resolve.