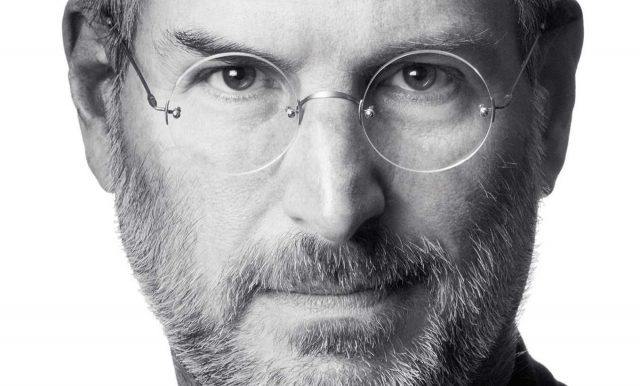 Traders that make money are rare. Traders that become famous have a unique advantage few can actually replicate. Listening to what they do when trading can be difficult, their trading is self-designed to suit them, not you. But, these giants have a thing or two that could inspire you on your quest to make a great strategy. The guy we are going to present in this article is not famous, does not use popular trading methods, and does not have any interest to make money out of his forex trading portal, it is all free. He is, of course, a professional trader with a proprietary company but there is something very different with him compared to all other popular traders in the forex industry. He is almost a completely technical analysis trader, still, this guy has a lot to offer to any beginner or veteran traders using arguments and easy content that can be applied right away. His name is Patrik Victor, or just VP as he likes to sign his blog articles on nononsenseforex.com.

As mentioned, his trading is based mostly on indicators of various kinds. However, he emphasizes the analysis itself is far less important than the rules you have to make. Rules are an essential part of the strategy that together create easy to follow money management principle. Additionally, VP places focus on psychology, the right mindset all traders need to get above breakeven. Interestingly, psychology topics are his least popular content. Despite this, VP still decided to publish a book on trading psychology in 2020, not about his, now known, technical analysis structure. As he likes to point out, technical analysis and even great money management cannot realize if your head is not right.

His first material about forex is about the contrarian approach to trading, doing what the majority does not, going against the masses, and criticizing the most popular tools used in chart analysis. The arguments for this are mainly about big banks’ activity on their playground called Forex. They know how the masses are trading and would just move the market in the other direction. He exposes this by using the sentiment indicator on the most liquid currency pairs, while assets or markets not completely in the big banks’ control, such as crypto, do not exhibit this phenomenon. Some could say this soft conspiracy approach is good clickbait, however, the true value of his selfless know-how sharing is making professional traders with beginner-friendly guidelines.

Our trader of choice for anyone who needs some guidance does not sound like the guys from TV. His portal and other channels do not have anything fancy, everything is done by him from his home studio. Once you hear him there will be no question he is a charismatic and down-to-earth guy. His style is easy-going just like his trading, and that is what is a very good recipe for making people listen to you. VP certainly did his homework to get noticed but we could not say anything he does not blend to his nature.

The blog has humor, but more importantly, he does not go around the bush. You get a flow of information that does not twist much and can be easily used in your trading. Each subject is deep without withholding anything that could make you a better trader. VP likes to back up his claims and opinions, however, be ready to drop anything you might know about trading if you want to follow his ways. Even though the content is easy to consume, it is not for anyone who likes to use some of the more popular trading styles.

According to his story, VP started as the rest of the beginner traders, they want to make some additional income aside from the average Joe jobs. He followed sports and did some betting so he has a knack for the upside and downside probabilities gauging. Rest assured, he did not become the top dog overnight, he lost a few accounts before starting his slow way of building the system. Only after a few years, the results became visible and yet a few lessons had to be learned the hard way. All of his mistakes made him a master of risk management and developing a universal technical system eventually spreading out to many other markets besides forex. More importantly, the mindset followed by experience paved the way to many other goals.

The best part of his sharings is that the structure he developed resembles the idea that could be characterized as a contrarian. A kind of movement against the globally accepted systems where you work your 9 to 5-day jobs and do it all over again for the next few decades. Until you retire and pass on the same mindset to your children. Go to school, learn how to work the same 9-5 day job, and do a similar loop. According to the VP, this realization was a game-changer in what he wanted to do, inspired by the book “Rich Daddy Poor Daddy”. He quit his waiter job and focused on forex trading relentlessly for a few years before becoming pro.

VP gained experience and translated to other markets but he wanted to share his findings of the forex market where he felt at home. His channel starts with the contrarian view, criticizing popular tools most traders use even though there are much better gadgets and strategies. Obscured but not hard to find, he layouts a structure after very well explanations of how to prepare for trading psychologically. In the podcast series, he also answers the followers’ questions and goes deep into what is the right mindset that essentially answers their other issues too. One of the most valuable lessons is his precise and practical money management plan which is backed up by measurements of volatility. He does this using the Average True Range indicator and the volatility index for the Euro, the $EVZ. Some of this structure is covered on our website in detail.

The technical side of his trading is about controlling the optimal risk, but also having dedicated indicators for each part of the trading. So he sets the structure with exit indicators, trend confirmation, and also volume and volatility indicators that blend in as trade filters and position size referents. The list of his worst and most used indicators will likely turn away some traders that have experience with them.

Additionally, VP advocates trend following type trading on a daily timeframe. The daily timeframe is how he eliminates the psychological pressure and allows more free time to do other things – no more working till sunset. If you like trading reversals and do the price action things you could listen to him why he thinks this is nonsense before scratching his method altogether. Lately, he is on to other markets like cryptocurrencies and portfolio investing, mixing long and short-term trading with other markets. The advice and the resources are a gold mine for every trader, not to mention the discord community made by his followers. After a few months, VP teachings made several professionals according to the testimonials list on his blog.

Many do not quite understand why one would share very deep knowledge about forex, analysis, and the resources for free, without any obvious interest to become famous. Actually, becoming famous would elevate his way of trading which is not quite good for a contrarian trader. The motive is to share what rarely anyone does – free knowledge about trading without any makeup, nonsense, and marketing. Also, say what nobody is telling about forex trading. A hard-to-dig true trading resource that will ultimately change the game. However, only the most persistent will endure and apply his methods, but that hard work translates into an unlimited upside.