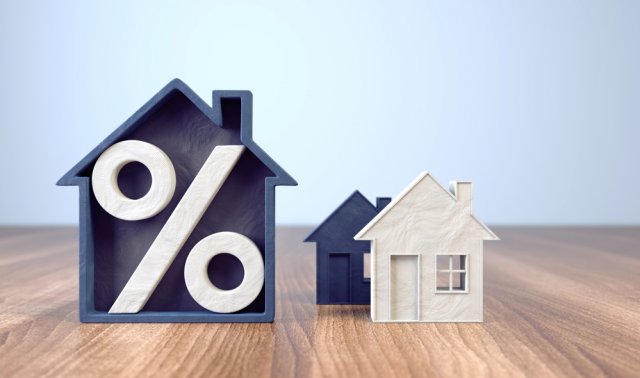 Home Ownership Rate is an economic indicator that is extensively used by both the public and private sector organizations to predict the demand for different types of Houses. It also forms a part of the index of leading economic indicators and thereby is used by the Federal Government and economists to forecast the economic health of the country. It is useful for investors from abroad also to gauge the standard of living or wealth per individual or financial health of a country.

What is Home Ownership Rate?

Home Ownership Rate is the proportion of households that are owners. In simple terms, it is the ratio of the number of houses occupied by their owners to the total number of occupied houses in the region. The region can be country, state, or a metropolitical area.

Hence, the Home Ownership Rate is given by the following equation:

In the above equation, a housing unit can be a house, apartment, condo, or single room or group of rooms that are occupied or intended for occupancy as separate living quarters. In the United States, the Home Ownership Rate is provided by the United States Census Bureau for the entire U.S., states, regions, for the 75 largest Metropolitan Statistical Areas (MSAs).

The Census Bureau collects using a probability selected sample for about 72,000 housing units, both occupied and vacant. Households from all the 50 states and the District of Columbia are part of the survey for the four consecutive months.

How can the Home Ownership Rate numbers be used for analysis?

The Home Ownership Rate tells us the number of householders that are owning a house. Owning a home signifies a lot of things. Firstly, owning a home means that either you are wealthy enough to own a home or at least have an income source (job or business) whose prospects you are confident about.

An individual or family decides to take home only when their financial prospects are looking confident, in most cases. When more people have their own homes, it indicates healthy liquidity of the economy, where enough people have had enough money to own a home, which is not cheap at all.

The below two graphs are the Quarterly Home Ownership rates and Real GDP growth rate. It is easily seen that when the economy is seeing improvement in Home Ownership rates, there is a correlating increase in GDP. During the downtrends also the same mirroring is observable in GDP and the Ownership rate. Hence, this becomes a leading economic indicator to predict a growing or contracting trend for the economy.

When the Home Ownership rate decreases, it indicates fewer and fewer people can afford to own a home, or more people are selling off their homes to secure their future. When the people of the country are not confident about their economic prospects, then they would prefer to save for a rainy day than take a risk with a big mortgage and own a house for which they may or may not be able to pay the bills consistently.

Decreasing Ownership rates are indicative of tight lending environments where higher interest rates discourage householders from procuring mortgages for homes. It is an indication that the government is pulling money out of the system to deflate the economy. Increasing Home Ownership Rates are indicative of the lending environment that is currently prevailing in the economy. An increase in the rates is indicative of loose monetary policy enabling the banks to lend out money at lower interest rates, thereby making it more affordable to the potential buying householders.

Loose monetary policy from the Central Authorities is intended to spur economic growth, which translates to such effects (increase in rates of ownership). Such a stimulus generally tends to keep the economy either going or growing in most cases, possibly avoiding any deflation.

The Census Bureau publishes quarterly and annual reports on its official website for the United States along with other reports like Rental and Housing Vacancy rates. Homeownership Rates are also reported based on the age of the householder and also by family status. 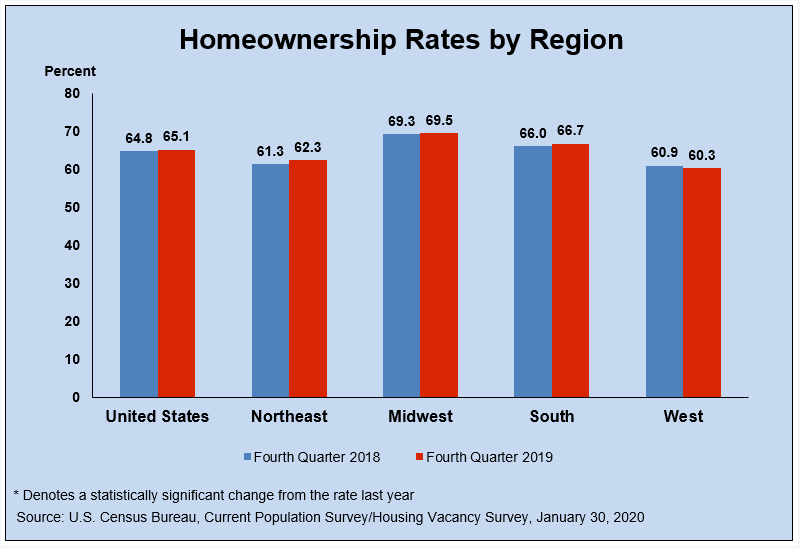 In the previous section of the article, we learned about the ‘House Ownership Rate’ fundamental indicator, which is nothing but the percentage of homes that are occupied by owners in a country. The Census Bureau releases this data, which includes info about the state of ownership overall, after the end of every year. Home Ownership is considered an important part of contributing to a productive society. The government promotes Home Ownership by offering tax deals and cheap loans as it creates an asset for people to invest and accumulate their wealth. It indirectly encourages the growth of a country, socially and financially.

The below image shows the graphical representation of the House Ownership Rate of Switzerland in 2017 and 2018. As we can, the rate increased to 42.5% percent in 2018 from 41.3% in 2017. A higher than expected data is considered to be positive for the currency while a lower than expected reading is taken as negative. Let us analyze the reaction of the market to this data and view the change in volatility due to the announcement. 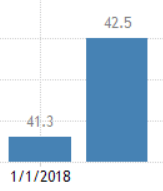 We shall start with the GBP/CHF currency pair, where the above chart represents the ‘daily’ time frame chart of the pair. We see that the price is in a downtrend and is presently at its lowest point. Technical analysis suggests that until we have a price retracement, we cannot trade in the direction of the trend. Depending on the impact of the news announcement, we will be able to a suitable position in the market.

After the news announcement, we see that market falls lower, and volatility increases to the downside. The market reaction can be explained by the fact that the House Ownership Rate came out to be positive for the economy, which made traders sell the currency pair and go ‘long’ in Swiss Franc. As the impact of this news event is less, we cannot expect the market to go lower and make ‘lower lows.’ Thus, one needs to cautious before taking a sell trade.

The above images represent the AUD/CHF currency pair, where we see that before the news announcement, the market was in a strong downtrend indicating a great amount of strength in Swiss Franc. Currently, the price is at a place where the market had rallied earlier, also known as the ‘demand’ area. Thus, we can expect buyers to come back into the market at any moment. Aggressive traders at this stage can go buy the currency with a strict stop loss.

After the news announcement, the price initially goes lower but gets immediately bought, and the ‘news candle’ leaves a wick on the bottom. Volatility is witnessed on both sides of the market, and the price closes near its opening price. The news release did not have an adverse impact on the pair and cause any major change in the price chart. Once the price moves higher and gives an indication, traders can go ‘long’ in the currency pair with a stop loss below the ‘news candle.’

The above images are that of the NZD/CHF currency pair where the overall trend appears to be up, and recently the price has retraced to a key technical level. Here, the Swiss Franc does not appear to very strong, and the New Zealand dollar is showing signs of strength. If the news release does not influence the currency pair strongly, this could be an ideal setup for going ‘long’ in the market.

That’s about ‘House Ownership Rate’ and its impact on the Forex market after its news release. If you have any questions, please let us know in the comments below. Good luck!