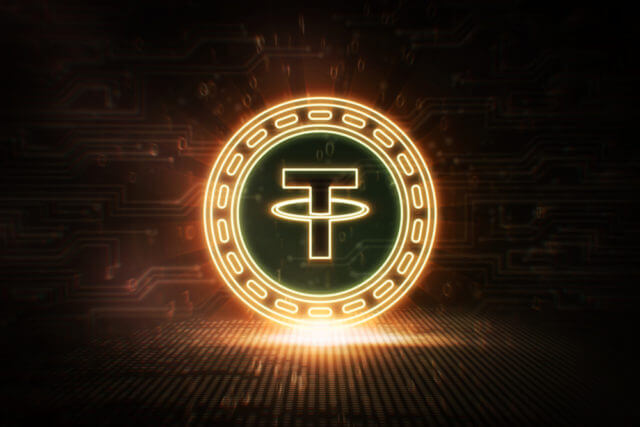 Tether is a cryptocurrency founded in 2015, and it was initially known as ‘Realcoin.’ Tether tokens are issued by Tether Limited, a company based in the British Virgin Islands as per the New York Times. The official website says the company is incorporated in Hong Kong, with offices in the US. This company is associated with the Bitfinex, a Hong Kong-based cryptocurrency exchange, which is also one of the biggest in the world. Many members who are on the board of Tether Limited are associated with Bitfinex exchange, as well.

The value of any cryptocurrency is volatile. We can see the steep increases and decreases in the value of any crypto within a matter of days or hours, as well. We know that these Cryptocurrencies offer a wide range of features that fiat currencies don’t assure.  Therefore, Tether was designed as a stable coin promising the stability of fiat currency with the features of a cryptocurrency as well. Tether is meant to be backed one for one by some of the major fiat currencies like USD, Euro, JPY, etc. If we take the example of USD, the value of each Tether is always one dollar (USDT). For every one tether created, one US dollar is stored as a reserve.

Importance of Tether in the crypto world

Many crypto exchanges across the globe find it extremely difficult to work with traditional banks. The exchanges find it challenging to store USD or any conventional fiat currency as reserves for the payments. Hence major crypto exchanges like Bitfinex hold clients balance in Tether rather than in USD. This means, if the clients hold any money in the exchange and don’t have any open positions, that money is held as Tether in the exchange. It is converted into USD only when the client wants to redeem the cash. Hence Tether offers to be a stable alternative for USD for the crypto exchanges across the world.

Tether is in the fifth position in terms of market cap in the crypto world with a value of more than $4 billion. The price of each Tether is stable and is one dollar or Euro, etc. as described above. The average 24-hour trading volume is just above $43 billion, while the circulating supply is around $4.1 billion in the market as on 1st Nov 2019.

Tether has a fair share of controversies in its kitty. As the central banks hold the appropriate amount of gold reserves equivalent to the new currency issued in the market, Tether Limited holds the equivalent amount of US Dollars in its reserve for the Tether coins circulated in the market. Lately, there are claims that the company doesn’t hold enough reserves in USD, claiming Tether Ltd haven’t been too transparent with the audits as to where and how much of the reserves have been stored in different places.

The December 2017 Bitcoin price surge is also attributed to be the work of the Tether limited. It is alleged that the company has created Tether coins out of thin air and bought Bitcoin at a lower price, eventually attributing the price surge of the currency. Thus, there are growing fears in the crypto market that if there are no adequate reserves of USD backing the Tether, the value of the coin should be determined by the market rather than maintaining it stable. Despite all these controversies, this cryptocurrency is still one of the most traded ones in the crypto space because of its stability factor.