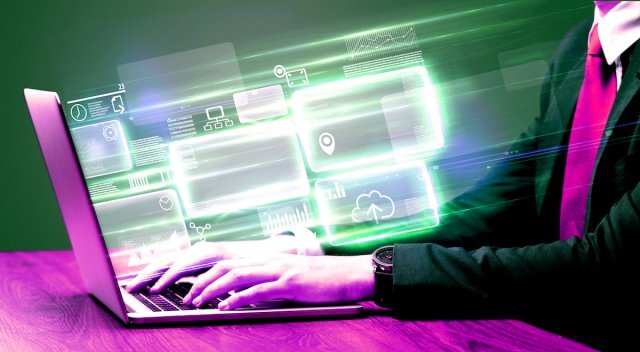 Once the trading system has been tested and optimized, the developer must achieve its evaluation with a pre-defined set of criteria, which would allow him to decide if the strategy is viable to use or not. To develop this stage, the developer needs to identify which criteria he should use to perform this process.

Why Evaluate a Trading System?

The evaluation of the trading system is the step that the system developer uses to decide if the strategy performance fits the investor’s objectives or if it would be necessary to further optimize the strategy.

Criteria to Evaluate a Trading System

There is a broad range of indicators to evaluate a trading system and compared it with itself or with other strategies. However, the most common indicators are listed below.

Net Profit is a widely used indicator in the finance world and plays an important place in financial analysis. It measures how much money returns the strategy during the test period. The Net Profit is the result of the sum of all trade results.

where res(i) are the individual results

The use of this parameter could drive the system developer toward making a biased decision without a risk level consideration, especially when comparing different trading systems. Net Profit is dependent on many factors, such as the frequency of trades and position size; therefore, this figure by itself says nothing about the system except that it is profitable.

The average trade measures the trading system goodness of how much money could return or lose per trade the strategy. Its calculation is the result of Net Profit divided by the number of trades N.

Net Profit should also consider the slippage and commissions spent during the test period.

This indicator shows the number of winning trades over the total trades. The developer should understand that a trend following system could produce a low percentage of profitable trades and still be a feasible system. However, the developer should weigh how the system is balanced with the average winning trade/average losing trade ratio.

The percentage of profitable trades is computed, as

Percent Profitable = 100 x(Nr of wins/ N) where N is the total number of trades.

The profit factor is an indicator that measures the gross Profit in relation to gross loss. This ratio is ideal for comparing different systems or the same system compared with different markets. According to Jaekle and Tomasini, a good trading system should have a profit factor higher or better than 1.5.

The profit factor is computed as

where Gross Profit is the total Profit of the profitable trades, and Gross Loss is the total loss of the losing trades.

This popular indicator measures the largest loss or capital decline of a trading system. In other words, the drawdown is the reduction of the equity level. Jaekle and Tomasini, in their work, exposes three types of drawdown identifies as follows:

For simplicity, Jaekle and Tomasini propose closing trade drawdown because they consider it the “most significant.” At the same time, the developer should be careful to use this measure because it is dependent on the trade size.

The average drawdown accepted by professional traders and money managers vary from 20% to 30%. Although 10% is considered an ideal drawdown, looking for too small drawdowns may limit the growth of a trading system.

Time averages measure the average time spent in all completed trades during a specific test period of the strategy. The developer should weight the average time elapsed for each trade and the risk taken on each position.

To perform the evaluation properly, a fundamental step is to normalize the trade record, by transforming it to trade only one unit per trade, and also by computing the results in terms of Profit versus risk. Once this is done, the results of a trading system can be properly compared to other similarly normalized systems or its previous variations.

In this educational article, we presented a group of indicators that could allow the system developer to decide with objective evidence what could be the best configuration to apply in the trading strategy or if the system is unviable.

At the same time, the evaluation process must weigh the potential profits with the risk involved during its execution and not make decisions based on a unique criterion, such as the Net Profit or the drawdown.