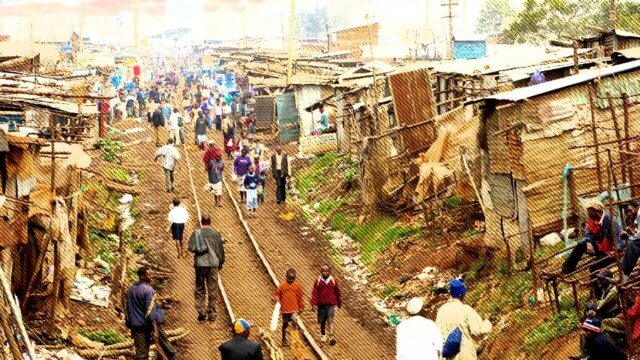 Blockchain has been lauded as an absolute game-changer that could improve society in so many ways.

But there’s one area that could greatly benefit from the technology that has not received as much attention, and that is global poverty.

According to the World Bank, about 750 million people somewhere in the world are living under the poverty line. Some of the factors contributing to this figure are the lack of access to banking facilities, lack of proper property documentation systems, and corruption.

Blockchain can help tackle poverty across the globe by doing what it does best: providing tamper-proof record-keeping models, promoting radical transparency, and being a decentralized platform that’s inclusive for all.

Let’s explore the ways in which this could be a reality.

According to the World Bank, about 1.7 billion or the world’s population is unbanked or underbanked. This is due to these people lacking proper identification or not having a credit history. This renders them unqualified for opening a bank account. In turn, they can’t access loans to start a business or save up money to build wealth. This causes them to remain trapped in poverty.

Blockchain can help solve this by providing a decentralized and immutable platform where people can properly document their identity. Blockchain-powered platforms in organizations and governments would help more people access financial services that would start them on the journey towards economic empowerment.

In many places around the world, especially in developing countries, there are no proper systems of tracking property rights, and where they exist, they’re either fractured or incomplete. Land registry systems are either unreliable or marred by corruption.

Yet owning property is one way to combat poverty. People can sell land and pay school fees or start a business. They can cultivate crops and participate in the economy. The lack of proper property registry keeps people stuck in poverty, as well as causing conflict.

Blockchain can help solve this. Blockchain-based property documentation can help grant many of the world’s poor their first undeniable asset. Since blockchain records are immutable, documented property would be immune from fraud or manipulation. Several countries are already experimenting with blockchain-based land registries: including Bermuda, Ghana, India, Russia, Rwanda, and so on.

One of the biggest hurdles to providing financial aid to the poor quickly and efficiently is the numerous steps involved in the banking process. This is even more so when borders and international regulations are in play. Add to this the administrative costs and banking fees, and a lot of the money ends up swallowed in the process.

Blockchain can help solve this by providing a peer-to-peer framework where people can receive money as soon as it’s disbursed. No need for footing administrative labor costs, paying extra banking fees, or waiting for days for funds to reach individuals. This can prove even more useful in times of acute needs when money could practically help save lives.

We’re already seeing this functionality in play. The United Nations tested a  cryptocurrency-based model of voucher-giving to Syrian refugees who could then redeem them for food items. About 10,000 people utilized the vouchers and got faster access to food relief, as opposed to if multiple international banking channels and procedures had had to be followed.

Exclusion from the world’s financial system is why millions remain impoverished. And this is partly because they’re unbanked. Banks themselves require a lot of money to set up. As such, building banks with the requisite infrastructure, especially in poor regions, is an expensive and often difficult endeavor.

Blockchain eliminates the need for banks. All people need is a mobile phone with internet connectivity for them to access financial services and manage their finances. There is no need for complex infrastructures, bureaucratic procedures, hidden costs, or the corrupt interference of local authorities.

Blockchain treats people the same way; it doesn’t recognize whether you’re a high-flying career banker in Manhattan or a poor farmer in Kazakhstan. It’s this indiscriminate and inclusive nature of the technology that could help lift many out of poverty.

Corruption is a disease that keeps people trapped in a vicious cycle of poverty. When public funds are stolen, people are denied basic services like healthcare, water, decent sanitary conditions, and so on.

Blockchain is immutable, transparent, and secure, and it can help minimize the avenues for corruption. On a public blockchain, anyone can see the history of records and where the money is going.

The immutability, i.e., the unalterable nature of blockchain records, means no one can manipulate records. As such, it would be impossible for corrupt officials to embezzle or redirect funds. Even if they attempted, the blockchain would show who did it, and when.

Blockchain-based currencies can help assign value to items at smaller prices, making transactions cost-effective. People can purchase value with very tiny amounts of money, e.g., a small amount of data at 0.000001 of crypto.

This level of micro transactions opens avenues for more people to participate in global commerce. In this way, individuals can also prove their credit-worthiness and gain access to credit. A poor grocery keeper on the other side of the world can easily show the cryptocurrency in their wallet and prove that they’re a good candidate for a loan. This means banks can take more risk than they would have and service more people. In return, this opens up the economy for the betterment of everyone.

Once again, blockchain’s ability to support microtransactions can foster micro-lending and help people pull themselves out of poverty.

In the past and even now, micro-lending has gotten a bad rap thanks to exorbitantly high-interest rates and unscrupulous loan sharks.

Blockchain could help solve this. First, it would massively help reduce the administrative costs for processing loans, allowing microlenders to administer more loans and extend their services to more borrowers.

Blockchain tech would also enable farmers in poor regions to engage in micro-trading by giving them direct access to the market and sell their products at fair prices – without the need for expensive markups. Blockchain would help them sell small sizes of products since with the technology, even the smallest sizes will be profitable and economically viable.

This is one of the most interesting ways in which blockchain can help reduce poverty. Traditionally, insurance is usually too expensive for the average person and the poor. This is due to the byzantine administrative channels involved, or simply the service costs being beyond the reach of many. There’s also the issue of corruption in which contributors to insurance schemes are denied payments in the time of need, often under flimsy justifications.

Blockchain can greatly help to change this by providing a system where people can verify payment records and help deter fraud. Blockchain-based accounting procedures can also reduce admin costs by a ton.

Blockchain can also allow people to make payments in small amounts so that even the economically disadvantaged can receive insurance services. Insurance claims can also be verified in the immutable and transparent blockchain. And lastly, insurance payments can be processed faster to reduce waiting times and help facilitate a better economy for everyone.

Blockchain can help surmount the many hurdles that have always hampered efforts towards the reduction of poverty. It doesn’t discriminate on origin, race, class, or gender. It eliminates convoluted procedures that increase costs or delay services. It helps stamp out fraud by showing records to everyone involved. Let’s hope more countries will recognize the power of blockchain and employ it to better their people’s lives.