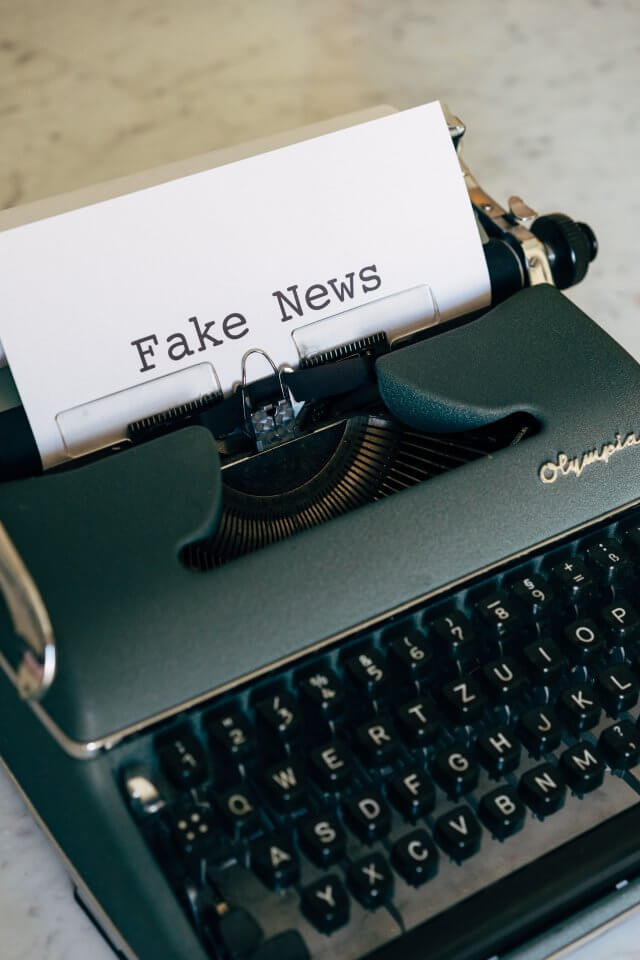 We are currently living in the information age, thanks to the proliferation of IT in all spheres of everyday life. From a simple walk down the street, a visit to the nearby grocery store, to the time you curl up on your couch at the end of a long day, you are bombarded with numerous sources of information. Think of billboards, unending newsfeed on your social media account, and round the clock news from the mainstream media.

While these information sources keep you up to date with the current global trends, the rise of fake news within the broader media industry can negatively shape your perception, prompting you to make a wrong decision. For instance, financial markets’ fake news has the power to sway market trends by influencing investors’ decisions. Judging by this magnitude, it’s easy to see why fake news is not only a threat to businesses but also the democracy of any given country.

Despite their numerous efforts, big data companies like Google and Facebook have not succeeded in fighting against the spread of fake news. But with the invention of Blockchain as part of the web 3.0 revolution, the media industry has a better chance of countering the propagation of fake news.

How Blockchain can help

There has been much hype around Blockchain with expectations that it will drive new societal and business models. Even though most of the novel applications of this technology are still in the experimental stage, blockchain technology has shown its potential by disrupting the supply chain and financial industry. 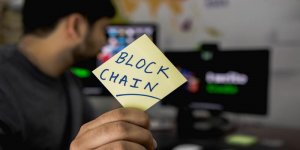 In equal measure, by deploying the fundamental properties of blockchain technology – enforcing trust between parties – it becomes easy to whitelist news and other web content. But first, let’s look at the two main types of mediums of spreading fake news.

I) Edited pictures and videos

With the plethora of image and video editing software, it is easy for anyone to alter imagery content to suit a particular narrative. See, it’s one thing to color correct or improve an image’s lighting, but it’s another thing to add or remove from an image. Of course, the latter being the most common way in which fake video/imagery is designed.

Unlike edited images, it’s quite hard to notice whether or not a written text has been fabricated or altered in any way. Most media houses focus their efforts on countering deep fake videos and images since they are easier to notice than fabricated text. The use of artificial intelligence and machine learning that support text writing has led to the creation of unbelievable fake content, further blurring the line between fake and real news.

Here’s how Blockchain can help mitigate these problems:

By leveraging Blockchain’s native consensus algorithm, all content, whether written or image-based, can be stored in a consortium blockchain, reserving all editing rights to trusted authors and news outlets only. More so, the content will be cryptographically signed, rendering it immutable and free of third-party manipulation.

In this single content management system, every news piece will have a unique digital ID, much like how each block in the chain ledger is unique. Ideally, the ID will appear as a header that is legible to computer devices only and will be used to verify the origin and validity of the content.

In most cases, when a fabricated post or video goes viral, its source or author can’t be traced. By using blockchain-connected applications such as electronic identification and trust services, anyone creating content, posting an ad, or writing a review will be required to prove their identity and credibility to demonstrate that they are who they claim to be.

Electronic signatures and video verification could be used in the process to bring to an end to the many fake accounts and bots creating fake news. This will also increase the accountability of people who share information.

Once news agencies and editors create and verify their profile, their address is hashed and stored in the Blockchain. This way, it will be easier for content consumers to trace the source of the content and ascertain the credibility of the publisher.

In this context, decentralization implies the ability to involve multiple parties in the news circulation network. Think of a community-owned news agency that runs on a cryptocurrency token to promote transparency. This gives any member of the community power to challenge any source of news that is suspected of delivering fake news. Plus, other members can vote for or against the contested source of news. If found guilty, the source is banned from the community.

Real-world Applications of Blockchain in Journalism

There have been several attempts to bring blockchain solutions into journalism. 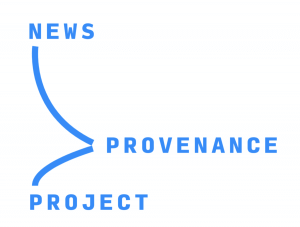 Mid last year, the New York Times launched an ambitious blockchain project dubbed The News Provenance Project, which is aimed at combating misinformation in the news media. Designed in collaboration with IBM, the project began with verifying images since they require a simpler form of algorithm to discern whether an image has been modified or not.

Although it’s still in its developmental phase, the project works via proof-of-concept to record metadata of video images published by news outlets. Once the project gains traction, it will certainly propel widespread application of blockchain solutions in the media industry.

Additionally, Forbes partnership with Civil – a journalism blockchain network – is working to become the first media house to publish content on blockchain technology. The goal of this venture is to move all of Forbes’ future content to the Civil’s proprietary content management system, known as Bertie. If the project succeeds, Forbes’ journalists will be able to upload their content metadata to the content management system, while publishing to their own website at the same time.

Besides Forbes, Civil has teamed up with several journalists from different media houses to create a decentralized content vetting companies. The project will use Civil’s own digital currency, CVL, which will enable newsrooms to be part of the vetting process. As such, a newsroom can challenge a suspicious publisher by wagering their tokens in order to have their claims evaluated.

Beyond supporting cryptocurrencies, Blockchain has proven to be also useful in solving real-world problems, as evidenced by its potential to revolutionize multiple industries. With its newfound application in journalism, it’s certain that the technology will not only help solve the fake news menace. It will also address the copyright infringement issues ailing the media industry.