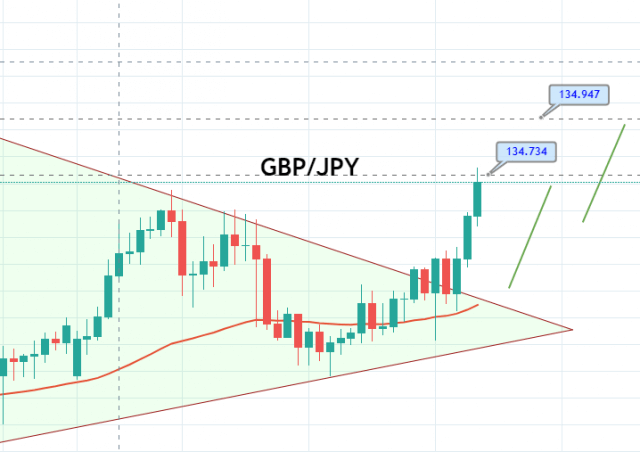 The GBP/JPY currency pair has performed well as it violated the symmetric triangle pattern at 134.470 level, and since this, the bullish run seems unstoppable. It seems the Japanese yen is losing safe-haven appeal despite COVID19 hit. Due to an increased second wave of coronavirus, officials in Spain re-imposed restrictions in the north-western region of Spain with 70,000 people and allowed only workers to leave or enter the coastal district of A Marian.

On the other hand, An Oxford Professor, Dr. Tom Jefferson from the Centre for Evidence-Based Medicine (CEBM) said that rather than originating in China, the coronavirus might have been lying dormant until favorable environmental conditions emerged.

A preprint study claimed that they found the SARS-CoV-2 genomes in a Barcelona sewage sample from 12th March 2019. Traces of COVID-19 were also found in sewage samples from Spain, Italy, and Brazil, which pre-date its finding in China.

However, this news was based on unchecked facts but still weighed on risk sentiment and called for safe-haven demand as the fears increased that COVID-19 was present across the world and could emerge again. The safe-haven Japanese Yen gained and added the GBP/JPY pair’s downward pressure on Tuesday.


The RSI and MACD are still in a bullish zone, while the 50 EMA also suggests a bullish bias. Therefore, we should look for buying trades over 134.389 levels. It seems like a good opportunity to capture quick 40 pips as the symmetric triangle pattern is already violated and may drive buying until 134.789