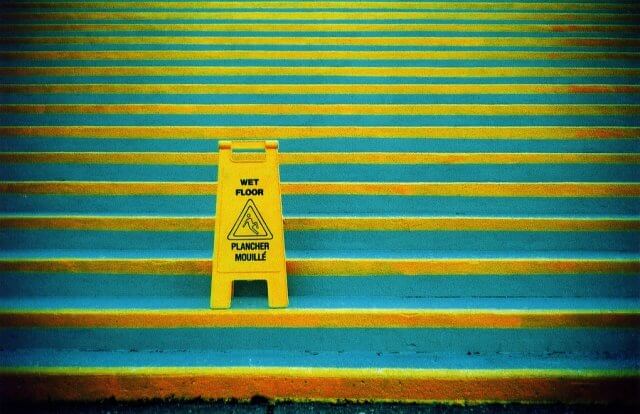 After the recent publication of a book called Flash Crash, the concept of the same name once again stirred the attention of traders across different markets. This controversial literary record of Navinder Singh Sarao’s very public 2015 arrest after having previously amassed staggering $70 million buying and selling futures from his London home points to the existence of fragilities in markets. As opposed to regular pricing fluctuations, a flash crash entails an extremely volatile and sudden plunge of the pricing of a security traded on the open market before quickly recovering. With more and more instances of such swift declines, we can see the aftermath of these dramatic volatilities in the markets of stocks, futures, currencies, and cryptocurrencies as well. Whether it results from programming code errors, specifically designed algorithms, and fraudulent behavior, or some other drivers, flash crash plays an important role in assessing risk levels for traders worldwide.

The currency market underwent a major flash crash on January 3, 2019, which took place on the AUD/JPY pair. Since these two currencies are some of the world’s most important exchange rates, their 2019 dynamic was so unbelievable that it drew the attention of the media and traders across the world. With AUD becoming very weak and JPY gaining strength, the currency pair fell the unbelievable 7% in a matter of three minutes. Considering the fact that that the prices plummeting to this extent is exceptionally rare even in a week’s time, one could naturally assume that some major crisis, such as bombing or death of a president, was responsible for such violent move in the currency market. As a flash crash is rather believed to be a deliberate act of market attack to obtain profit instantaneously, the previous assumption falls short.

Some sources discussed how extensive the damage of these volatile activities in an illiquid market had on the Australian economy. With China being on holiday during the week of the event and the U.S. market closing, a drop in liquidity occurred. One of the biggest American companies, Apple, expressed concern regarding the impact which the slowdown in China could have on its fourth-quarter revenues, immediately shifting investors’ focus on the havoc these circumstances could wreak on the global economy. Along with several currency levels being extremely low against the yen at the time came burning questions concerning market liquidity, algorithms, and overall market functioning, which reasonably caused deep concern among traders around the globe and not only in the currency market but other markets as well.

Despite the media frenzy over the global economy, some sources pointed out that liquidity had little effect on anything but the currency market. In fact, the images below portray some major discrepancies between the evidently severe states of the AUD/JPY pair and the stock market performance during the 2019 flash crash. The proportion of these differences then aroused curiosity about the reasons why the prices rebounded immediately after the decline. Some financial reports on this event reflect on the stability AUD/JPY enjoyed over the course of 2018, which may point to the possibility of some major banks and/or institutions getting involved. Interestingly enough, right about the time of the 2019 flash crash, 89% of AUD/JPY traders were going long. As this was a virtually unforeseen ratio of 9:1, it was almost a perfect opportunity for big banks to step in do what they always do – redirect the prices and cream off the profit. Even if the Japanese government decided to move JPY up or down, this process would happen gradually, as opposed to what the currency market witnessed in 2019.

As the AUD/JPY pair closed down approximately 83 pips on the day of the event only to bounce right back up to the levels at the end of 2018, we need to draw some deeper lessons. We can attribute the magnitude of this catastrophe to the media and the big banks, but essentially if you do not analyze risk, timing, and strategy, among others, you are inevitably putting yourself in much greater risk. Most traders whose accounts were completely destroyed as a result of the 2019 AUD/JPY volatility, drowned themselves with emotion-based trading, greedily going after a bounce. Although the 2019 currency market flash crash was not the first occurrence of this phenomenon, the individuals practicing the indicator-heavy approach to trading, especially the ones beginning to build their accounts, experienced a shock as well. Those traders who managed to get out understood how relevant technical analyses and understanding indicators are for surviving the market’s instability.

Brexit and the 2015 EUR/CHF crash both exemplify how such events can influence the creation of a really large candle closing at an entirely different point from where it started. The 2019 flash crash too revealed some unusual facts, where the open and close on the AUD/JPY currency pair were only 83 pips apart, yet with a noticeable high and low. While most indicators typically focus solely on the open and close, ignoring additional information regarding the highs and lows, ATR would be the only tool that could give out relevant signals. At such times, ATR would read much higher than usual, and as flash crashes rarely happen, you would know that the information you were getting was telling you to take a certain action. In case you are using a volume indicator, some of the more average versions might be able to catch the highs and the lows, in contrast to the better versions whose quality stems from its ability to filter out any such activity.

Whether you are using the ATR alone or together with the volume indicator, you should consider the settings which tell how the indicators are measuring data. For example, with the ATR, the settings typically indicate the number 14, which stands for 14 candles, which for daily traders implies that the data is recorded 14 trading days back. Due to the impact of events such as the flash crash, you will not be able to get an accurate reading for another two weeks. Nonetheless, despite the equation being susceptible to these sudden changes, you can still proceed with the trading on the affected currency pair if you take the reading from the day before the event took place. Therefore, in the following 14 days, you will not be including the indicator’s reading, but relying on the one fixed number you found on that particular day.

Even though events such as Brexit and the 2015 EUR/CHF crash are not very common, they still occur every few years, which is why every trader should know how to prepare for the unexpected. As we explained above, the out-of-the-ordinary candle created at those times will inevitably affect your indicators, regardless of how well-devised an algorithm you use. Whichever currency pair undergoes these massive influences, your only task is to stay put and refrain from taking any action. If any currency was under impact because of some external factors, such as GBP after Brexit in 2016, you would not be trading that currency until all indicators went back to normal. What this further implies is that you may need to check the settings to see how far back your indicator is going to record data and patiently sit out for that period of time. Moreover, any attempt to adjust and set up your indicators will prove to be until those big candles are filtered out of the system. Luckily enough, there are approximately seven other major currencies you can trade and keep your account active.

Apart from the 2019’s flash crash, we can trace several other such events happening in the past few years: ETH in 2017, GBP in 2016, and Singapore Exchange in 2013. Although they do not occur very often, once they do, though, no market is exempt from such an unexpected price plunge and rebound. What is so volatile about flash crashes is that, despite what sets them off, they deeply and profoundly affect the market. We may not have enough insight into the intentions of the major players, but we must take into consideration the amount of impact they can have on the direction of prices and the overall market conditions. Nevertheless, regardless of the current climate, every trader now knows the two strategies they can use at such times. If you are a trader of currencies, you will either rely on the data recorded one day before such an event to proceed with a trade on the affected currency or decide to sit out until further notice. Whatever you do decide, however, do not let yourself run after some transient highs searching for some instant gratification.