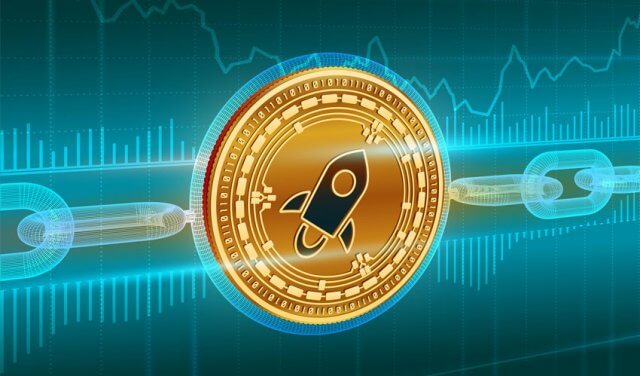 The current financial infrastructure comprises siloed systems with huge gaps between each other. This means financial organizations cannot share data freely with each other, making for time wastage and high transaction costs. It means that money moves slowly across borders, leaving people stranded. This system has led to the exclusion of millions of people from the global financial system.

To remedy this, the world needs a global, and affordable financial infrastructure that’s not only innovative but also safe. Such a system would be open to anyone as long as they have an internet connection. Organizations everywhere can take advantage of such a system to provide low cost and more inclusive financial services.

Stellar is a network that wants to help achieve this. It utilizes blockchain tech to provide a decentralized system where all this is possible. Decentralization eliminates a single point of failure such that such a network wouldn’t go down even if some computers malfunctioned or came under attack. It also means that there’s no single authority controlling transactions, removing the possibility of financial censorship or arbitrary decision-making. It also ensures the integrity of transactions because network participants together decide the authenticity of transactions.

Let’s explore the inner workings of Stellar and how exactly it achieves this. We’ll also get a look at the platform’s native cryptocurrency – Stellar Lumens.

Stellar is a blockchain-based and decentralized network that brings together various players of the finance ecosystem to provide affordable, safe, and timely transfer of value. From the Nigerian naira to the Peso to the Australian Dollar and every currency in between. The Stellar team says its goal is to help even small companies have “the power and reach of an international bank.”

How Does Stellar Work?

Like any distributed network, the Stellar network is run and secured by thousands of computers across the globe. Behind these computers are both individuals and organizations that keep track of all network activity.

Stellar relies on several components to execute its goals. Let’s take a look at some of the most important ones below.

Anchors are entities on the Stellar network that serves as a bridge between various currencies and Stellar. It’s a swap of sorts through which you convert your money into a form compatible with the Stellar blockchain. Anchors facilitate the near-instant transfer of funds, meaning you do not have to wait for hours of days like it is with traditional systems like Banks and PayPal. It also removes the friction associated with old school cross-border transfers.

In addition to facilitating the movement of value, the network also supports a distributed exchange that gives users the option to exchange various currencies. Stellar does not control the exchange rates – these have already been determined by the party initiating the transaction.

Let’s say you wanted to exchange AUD for USD. You would place that order in the network’s order book, which would then enter the global pool of such orders. You’d then check how your order compares to similar orders. All types of currencies go – whether it’s Fiat, crypto, or Fiat trading pairs.

Like we mentioned before, the Stellar network supports the cross-border transfer of assets without the friction prevalent with old school payment systems. It achieves this through either of the following ways:

If there’s no matching pair for the two currencies, the protocol will scour the network for any offer that will facilitate a chain conversion that will finally yield the currency you want (e.g., AUD to JPY, JPY to KRW, KRW to USD, USD to CHF).

This automated process creates a fast, affordable, and seamless process through which you can easily swap from virtually any currency to another on a global scale.

Stellar utilizes a consensus mechanism known as the Federated Byzantine Agreement. Unlike with proof of work or proof of stake, this mechanism does not rely on mining or chosen participants to validate transactions. Rather, it utilizes ‘quorum slices’ (a subset of nodes) to complete transactions.

Each node on the network chooses, individually, which other nodes to trust. This will then create a subset of nodes that trust each other. When a transaction is approved by all nodes in a subset, it’s added to the blockchain. This protocol allows for near-instantaneous transactions – Stellar is said to handle up to 1,000 TPS.

Who is Using Stellar?

Stellar has racked up impressive achievements in the partnerships department. In 2017, the project entered into a partnership with IBM to create remittance corridors in the South Pacific region.

The project has also partnered with Norway-based fintech company Saldo to facilitate quick and cheap remittances. Another platform is East Africa-based Clickpesa, which facilitates automated and low-cost payments for products and services.

This is just a snapshot of the tens of varied partnerships between Stellar and Fintech companies all over the world.

The native token of the Stellar network is known as Lumens, with ‘XLM’ as the ticker. 100 billion Lumens were created at the beginning, and their distribution was as follows:

You can purchase XLM from a variety of trusted exchanges such as Binance, Huobi, Coinbase Pro, OKEx, HitBTC, Bitrue, BitHumb, OKEx, Kraken, HotBit, BitZ, Bitfinex, CoinHe, and BitForex. In most of these exchanges, you’ll find the coin paired with BTC, ETH, USDT, and USD and BNB.

Stellar has a simple yet powerful approach to the decentralization of finance. It’s not just versatile, but also supports a variety of innovative use cases. Individuals and entities alike can make payments, send money across borders, and exchange currencies in real-time. The Stellar blockchain is built for the common people, and it’s gratifying to see its rack of partnerships – a signal that its product is working. It will be interesting to watch the growth of Stellar.