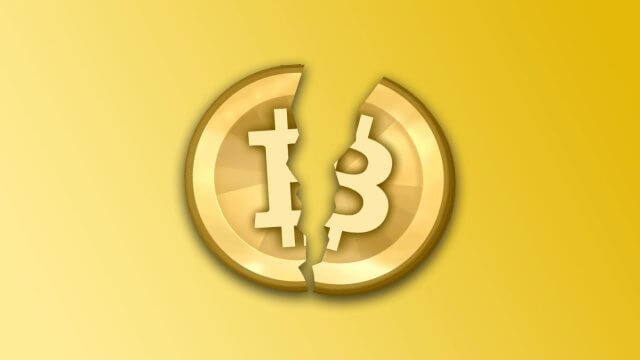 Bitcoin fans across the world look forward to a special event every four years. This event is the Bitcoin halving, christened ‘halvening’ by the community to give it a more apocalyptic tone.

On May 12th, 2020, the cryptocurrency is set to undergo its third halving, and the community is riled up as ever in anticipation of the event.

In case you’re new to the whole brouhaha or wish to get a clearer understanding of what it’s all about, read on as we break everything down.

The Upcoming Halving is Generating Interest like Never Before

Data from Google Trends shows that search for the event was at an all-time high between April 5th and the 11th, as more people Googled about “bitcoin halving” in anticipation of the event.

Google Trends ranks interest on terms on a scale of zero to 100, with 100 being the highest amount of interest an event/term can generate, based on region and period.

What is Bitcoin Halving?

Miners are network participants who validate transactions and add new blocks on the blockchain. By doing this, they make the sending of bitcoins throughout the network possible. Miners get rewarded with ‘block rewards’ – in the form of bitcoins, for doing so.

Mining is a pretty resource-intensive activity, and it’s known for consuming a lot of electricity. A lot of people describe mining as involving the solving of complex computational puzzles. A more apt description is that miners will rapidly enter a string of random numbers until they finally enter the right one – which constitutes the next block.

Mining is very crucial to Bitcoin’s security. Since every new block is linked to the previous one using cryptography, it renders it almost impossible to interfere with the blockchain and hence transactions.

The block reward, in a sense, is the driving factor behind the running of Bitcoin since it incentivizes miners to continue producing blocks and, as a result, keep the blockchain secure – and honest, and hence something that millions of users around the world can trust. If Bitcoin had a history of manipulation and tampering, it wouldn’t be the trusted blockchain and cryptocurrency it is today.

The cycle of block rewards halving is embedded into Bitcoin’s code, and it enables the deflationary supply of Bitcoin.

What is a Block Halving Event?

Block halving is the slashing of block rewards into two. Block rewards are bitcoins that Bitcoin miners are rewarded for verifying blocks and adding new transactions on the blockchain (more on that below).

To date, roughly 18.3 million blocks have been mined out of the 21 million that will ever exist.

Who Controls the Issuance of Bitcoin?

The short answer is, no one. Rather, Satoshi Nakamoto, Bitcoin’s creator, programmed the network itself to control how new coins are ‘minted’. In turn, new coins are issued after consensus among network participants.

The issuance of new bitcoins follows these rules:

A 10-minute interval between the production of new blocks

The halving of block rewards after every 210,000 blocks

An initial bock reward of 50 bitcoins and the halving of the reward at each halving event until a zero value is reached (approx. in the year 2140).

What’s the Idea behind Halving?

Bitcoin’s supply is programmed to decrease, becoming scarcer over time. The premise is if the supply decreases, demand will increase, cushioning its users against inflation of the currency.

This is in stark contrast to the inflation-prone traditional currencies whose value decreases over time. For example, anywhere in the world right now, the purchasing value for a US dollar has decreased over time. Bitcoin is built to be the opposite of this. As its supply diminishes over time, and its demand and value increases, so do its purchasing power.

Will the Price of Bitcoin Go Up After the Halving?

The Bitcoin halving event is a huge deal: it signals a decrease in the supply of the world’s first and most successful cryptocurrency. As you would expect, it’s not one that comes and goes quietly. Naturally, the pomp and fervor that surrounds it has to influence Bitcoin’s price, right?

This is always a debate every Bitcoin halving season. Some people believe that the price will change little, if all, since the halving has already been factored in by the market. Others believe that the halving in supply should prompt an increase in the demand for Bitcoin. Either of these scenarios can play out. One, no significant change at all, or there can be a significant bump in price. What’s for certain, though, is that the event will bring with it new entrants, and the reduction in block rewards will cause an increase in demand.

Perhaps even, history will repeat itself. Bitcoin saw a major price bump a year later, both after the past two halving events. We may not see a massive rise right now, but we might see one a year from now.

Who Will Be Affected by This Event?

Of course, the halvening, uh, bringeth a few ripples that will be felt by certain players in the Bitcoin ecosystem – one way or another.

As we’ve already noted, miners will see their block rewards cut in half. For miners that are still using the older and less efficient mining models, this is not good news. Also, miners who have recently invested in mining hardware will have to wait a bit longer before they can start realizing significant ROI.

Exchanges will also be affected since they are at the center stage of any market shift. If prices take a bullish nature, they (exchanges) will be best positioned to reap from this trend.

Where Can I Witness the Halving?

You can follow the halving via a block explorer, where you can see new block updates.

In the past, Bitcoin fans across the world have held halving parties, but due to the social distancing courtesy of the Covid-19 pandemic, it looks like this time, people will follow the event from their homes. Of course, you can always join fellow Bitcoiners on Twitter, Telegram, and internet relay chats as everyone counts down to the halvening.