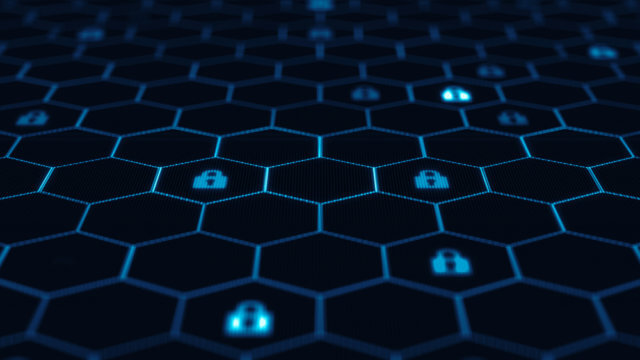 In this guide, we dive full form into the world of DLTS: some of their popular examples, how they can be integrated into real life, and that burning question – whether they are the same thing with blockchain. But first, a little background is in order.

What Are “Distributed Ledgers”?

Ledgers have existed for centuries. People in the early days would record transactions on clay or papyrus. Over time, these were replaced by paper, and then computers, and now we’re entering into the realm of distributed ledger technology.

How Do Distributed Ledgers Work?

All updates to the ledger are first agreed upon by the nodes via a voting process known as consensus. Once consensus has been reached, the distributed ledger automatically updates this, and the latest version of the ledger is saved on every single node.

A blockchain is simply a subset of DLTs. It’s a series of blocks of data chunks known as ‘blocks,’ which are encrypted after every transaction. ‘’Miners’ validate transactions and ensure they are accurate – that is, ensuring a coin is not being double-spent. Miners then get rewarded with coins of the native cryptocurrency or a fraction of the transaction fees.

On the other hand, DLTs do not feature or require such a chain, nor are there miners to validate transactions. DLTs also do not need to have a data structure in the form of blocks.

Suffice it to say, many DLTS today were designed to circumvent the shortcomings of blockchain – issues like scalability, processing time, massive computational power, transaction fees, and so on.

There are a few types of distributed ledger technologies today, with some being more popular than others. We’ll look at four of these – specifically blockchain, Directed Acyclic Graph (DAG), Holochain and Hashgraph.

Each of these DLTs has their strong and weak points, but they all aspire to offer the same solution – a decentralized, transparent, fast, and safe avenue for relaying transactions and/or data. Let’s take a look at each, starting with the most familiar one – blockchain.

Satoshi Nakamoto, the creator of Bitcoin, noted that a network would collect and record information in blocks – which would be linked to each other, hence blockchain. Each block in the blockchain is identified by a unique hash generated by the SHA256 cryptographic hash algorithm. Due to the uniqueness of each block, it’s impossible to alter a transaction since that would result in the creation of a new block – indicating an invalid transaction.

In addition, transactions are added on a public ledger and are accessible to every participant in the network. This distributed and transparent nature of the ledger makes it even more difficult for any actor to modify the details of a transaction.

These qualities of immutability (unchangeable, and hence tamper-proof) and transparency are the major factors that make the blockchain so revolutionary. Its ability to inject integrity and transparency in processes and data storage is the chief reason blockchain is disrupting entire industries.

Hedera hashgraph is a type of distributed ledger that works like blockchain but uses a different kind of consensus mechanism that relies on the concept of gossip, gossip about gossip, and virtual voting. Gossip here means that information is relayed by each participant repeatedly to another randomly selected member – informing him everything about the transaction.

This “gossip protocol” utilizes this mechanism for building network consensus as more and more people become aware of the information, whether in full or partially. In hashgraph, transactions are arrived at fully by consensus. As such, unlike blockchain, nodes or members do not have to validate transactions that are conducted on the network, and service requesters do not have to submit “proof of work.”

Hashgraph’s creators claim that it has overall efficiency than blockchain, “making it suitable for enterprises and commerce.” The CEO maintains that “…it’s a different data structure, different technology and looks nothing like blockchain, but solves the same kind of problems with better security and better performance.”

Directed acyclic graphs are a type of distributed ledger that requires newly added data to be validated previously entered data. Usually, every new transaction involves the confirmation of at least two previous transactions before it is added onto the network. As more transactions are submitted, more are validated and recorded, and we end up with a mesh of doubly-confirmed transactions.

Directed acyclic graphs are by no means a new concept. In Mathematics, a DAG is a graph that has no cycles connecting to the other edges. As such, it’s impossible to navigate through the entire graph by starting from one point.

In a DAG ledger, all transactions are linked to at least one transaction in the following way:

DAGs do not require miners to validate the authenticity of transactions since each transaction is automatically verified by at least two earlier transactions. The result of this process is that transactions are confirmed almost instantaneously, and it also removes the need for miner’s fees, helping to keep transaction fees at a minimum.

DAG is commonly applied to processes dealing with data processing, scheduling, navigation, and data compression. ByteBall, Nano, and Fantom are some of the cryptocurrency projects utilizing the technology.

Holochain, according to the project’s white paper, is an amalgamation of blockchain, BitTorrent, and Github. With the DLT, each node runs on a chain of its own. It has a feature known as distributed hash table (DHT) where users can store data using certain keys. However, the data stays in actual locations “distributed” globally.

The distribution of locations around the globe decongests the network – rendering it a good candidate for scalability and poising it to achieve even millions of transactions per second.

Use Cases of Distributed Ledgers

Distributed ledgers can be applied across many industries – both as the driver of processes or to improve existing processes.

Blockchain, thanks to the world’s most popular cryptocurrency – Bitcoin, is the mostly applied DLT today. The most obvious application of blockchain is Bitcoin. The technology is also being applied in finance to reduce duplication of information that creates delays and confusion in many aspects of financial services.

The blockchain is also helping to reduce intermediaries in international remittances who not only prolong waiting times but are also expensive. Furthermore, blockchain allows securities trades to be settled within minutes – instead of the traditional several days.

DLT networks are also being used in supply chains to increase transparency and enhance accountability by tracking and logging details, flow, and payment of goods in real-time.

They can also be used to prevent fraud in financial transactions by providing immutable – and hence unchangeable audit trails and demanding more transparency and a higher standard of data integrity than the existing system.

DLTs could also be used in the food industry to prevent food fraud. Food can be tracked ‘from farm to plate’ so that customers can see the origin and handling of food.

Smart contracts – which are pieces of code on a DLT are another case of use of DLTs. Smart contracts define the terms of the agreement between parties – with the agreement unalterable and available for every party to see and refer to. They can be used in such cases as invoicing, shipping, procurement systems, quality assurance, compliance, and so on.

The Future of DLTs

DLTs are still a nascent technology. However, they present a fundamentally new way to run processes, conduct business, and carry out transactions. For now, it remains to be seen if they will gain mainstream traction and change how businesses, institutions, and industries operate.

As of now, academic and financial experts question whether DLTs – in their current form, are reliable enough to be adopted for full-scale use. Still, influential finance institutions such as the World Bank recognize their potential to transform various sectors such as manufacturing, government financial management systems, and clean energy.”

What’s clear, though – their incorporation into systems will likely be done incrementally – by first replacing redundant and manual procedures and activities. They could come handy in areas such as record-keeping in payment and settlement processes, tracking agricultural systems, syndicated loans, and so on.

DLTs hold vast potential for changing the way we organize our lives and societies – thanks to their radically transparent, unalterable, and democratic nature. From food to finance to supply to negotiations – incorporating DLTs could transform our very lives and societies. This, however, is entirely contingent on whether they will transcend the current scalability issues, or whether they will gain widespread acceptance across industries.