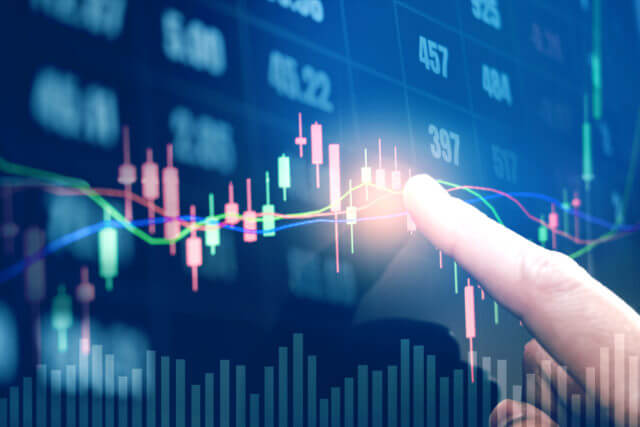 The U.S. dollar traded slightly bearish ahead of the FOMC meeting minutes report today. The downward trend was escalated when Inflation data from American session came on board.

The U.S. inflation data showed a drop in September to -0.3% at 17:30 GMT. This release made the fears of the U.S. recession to re-emerge in the market along with increased chances of further rate cuts by Federal Reserve in the next meeting.

On Tuesday, Chinese foreign ministry spokesman, Geng Shuang, denied that the government abused human rights in that region and said that the United States should withdraw the relevant decision and stop interference in ‘sChina’s internal affairs. He also stressed that China would take forceful measures against actions that affect the security, national sovereignty, and development interests of the country.

The report about a possible ban on Visa of Chinese ‘communists’ officials linked to the abuses in Xinjiang from the United States gave a boost to the tensions caused by the blacklist report.

Let’sLet’s took at these fundamentals.

Moreover, the buying tone around the Greenback declined, sent the EUR/USD pair from the 200-hour M.A. support at 1.00947, mainly due to comments by the Federal Reserves Chairman Powell that central Bank balance sheet, which was shrinking until August, but soon will grow again. The Federal Reserve chairman Powell also gave the surety for another rate cut during this month.

Today, the Federal Reserve meeting minutes from its September rate decision is scheduled to happen at 18:00 GMT. Recalling, the U.S. Central Bank cut the rate by 25-basis-points in September. Markets considered this rate cut as a hawkish policy because policymakers were expecting a further rate cut from the FED, and having just 0.25% rate cut was a bit disappointing.

The Greenback may find a buying track due to a recent drop in the EUR/USD pair, which pushed the pair below recent lows near 1.0879. On the forecast side, the possibility of a rate cut by 25 basis points on October 30 marks above 80%. Moreover, nearly 87 basis points of rate cuts are expected by January 2021 according to forecast.

The EUR/USD currency pair may hit the resistance of the 21-day moving average at 1.0988 if the Federal Reserve meeting shows the consensus between the policymakers in the wake of the further rate cut. The EUR/USD has violated 1.0970 support, and the pair may head further lower towards 1.09200 and 1.0882 later today. Consider staying bearish below 1.0964 area today.

The U.S. stocks fell on Tuesday as tensions between the U.S. and China escalated ahead of the critical trade talk scheduled to happen at the end of the week. The U.S. threatened to blacklist the Chinese companies over human rights violations in Uighur province.

China asked Washington to withdraw its decision and gave warning to retaliation. The United States said that the plan to blacklist the Chinese companies were unrelated to trade talks. As a consequence, the S&P 500 index dropped by 1.56%, pushing the traditional safe-haven assets higher.

At this moment, the futures on the S&P 500 are showing 0.21% gains, which could reduce some bullish pressures around the Japanese Yen and may push the USD/JPY pair higher.

Moreover, the yield on the United States ten-year treasury note is showing signs of life. At press time, the return is trading at 1.54%, indicating a 4-basis point increase on the low of 1.50%. Hence, the Greenback may find some support.

The USD/JPY is trading slightly bullish ahead of the FOMC meeting minutes. The USD/JPY may find an immediate resistance at 107.500, along with support around 106.920. The bullish breakout of 107.450 can lead the USD/JPY prices towards 107.800. On the lower side, the support stays around 106.90. The MACD is hovering in the buying territory. Considering this, we should look for buying trades over 107.11.

The GBP/USD hit the bearish track, and the pair is found trading in the tight range just above 1-month lows of 1.2203 set in the previous session.

The recent downside pressure surrounding the GBP raised the activity on Tuesday. Most of the trading activity and sharp slum in GBP came after the report that Brexit talks between the UK and the E U were very close to separation.

While the German Chancellor Angela Merker told the British Prime Minister Boris Johnson through the phone call that the U.K. should keep the Northen Ireland in the Europan Union customs union. With this, the odds of the no-Brexit deal raises.

The cable pair declined to 1.2200 levels; this is the lowest level since September 04. President Donald Trump’s decision to levy a visa restriction on Chinese officials, including blacklisting of Chinese firms in the wake of china treatment with Muslim minorities, threats increased incoming talks between the United States and China.

Eventually, the progress sparked a fresh flow of global risk-aversion trade, which supported the Greenback’s relative safe-haven status against its British counterpart.

Meanwhile, the greenback buyers were not successful in gaining on the positive move overnight amid moderately weaker tone around the United States Treasury bond yields.

The GBP/USD traded sharply bearish, falling from1.2281 to 1,2200 area amid odds of hard Brexit. The GBP/USD has broken the double bottom level at 1.2225 and has settled a range of candles beneath this level, which is validating the bearish breakout.

Today, traders should consider opening a sell position only below 1.224 and bullish positions above the same level to target 1.2276 on the upper side while bearish target stays at 1.2140.