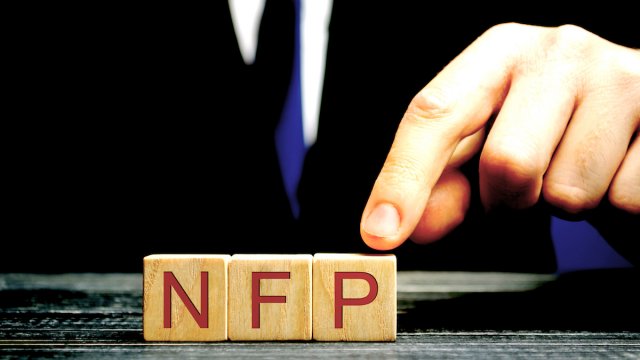 The eyes will remain on the U.S. NFP data on the news side, which is expected to report a slight drop from 638K to 500K during the previous month. Besides, the U.S. Average Hourly Earnings m/m and Unemployment Rate will also remain the main highlight of the day, and these may determine the USD trend for today and next week. Let’s wait for the news.

The EUR/USD pair was closed at 1.22690 after placing a high of 1.23442 and a low of 1.22449. The EUR/USD pair came under renewed pressure as the U.S. dollar rebounded after an increased 10-year U.S. treasury yield and the depressing economic data from the Eurozone. The U.S. Dollar was strong onboard after falling to the multi-year lowest level this week amid the rising U.S. Treasury yield on a 10-year note that raised by 1% for the first time since March. The rising demand for the greenback ultimately added weight on EUR/USD pair that fell on Thursday.

However, the strong demand for the U.S. dollar is expected not to live for a large time as the Democratic win in the U.S. Senate elections has raised the prospects for a larger stimulus package that will ultimately weigh on the local currency. Meanwhile, the European Central Bank released the regular economic bulletin on Thursday in which it said that the Eurozone economic indicators point to an economic contraction in the final quarter of 2020.

The ECB said that high-frequency indicators and the latest survey results were consistent with a fall in GDP in the final quarter of 2020. The survey indicators point to a renewed contraction in activity mainly affecting the services sector. The ECB also said that the stat of vaccinations supports expectations for a rapid recovery. Still, it will take time before widespread immunity could be reached and the economy could return to normal. These depressing comments from ECB also added weight on the single currency Euro that added further pressure on EUR/USD pair on Thursday.

The EUR/USD continues trading with a bullish bias at 1.2367, facing resistance at the 1.2350 level. On the lower side, the support continues to hold around the 1.2278 level. Simultaneously, the bullish breakout of the 1.2350 resistance level can extend buying until the 1.2435 level. The leading indicators such as RSI and MACD support selling, but the EUR/USD 50 periods EMA is likely to support at 1.2289.

The GBP/USD pair was closed at 1.35641 after placing a high of 1.36330 and a low of 1.35324. The GBP/USD pair extended its losses on Thursday amid the broad-based U.S. dollar recovery amid the rising safe-haven demand and the British Pound’s weakness due to the rising deaths from a new coronavirus variant. Since March, the U.S. Dollar was high on board after the U.S. 10-year Treasury yield rose by more than 1% for the first time. The U.S. Dollar Index that measures the value of the greenback against the basket of six major currencies also recovered from the multi-year lowest level and supported the U.S. dollar that ultimately added weight on the GBP/USD pair on Thursday.

Moreover, the U.S. dollar gains were limited as the pressure of prospects of a larger stimulus package in 2021 from the Democratic government held the local currency down. The Democratic win in the U.S. Senate elections raised the anticipations that President-elect Joe Biden will stand true to His promises for delivering two major stimulus packages in 2021.

However, the losses in the GBP/USD pair could also be attributed to the rising number of deaths in the U.K. from the new UK coronavirus variant. The U.K. reported a further 1041 fatalities due to coronavirus, which is the highest daily death toll since April.

On Thursday, about 62,322 new coronavirus cases were recorded, which was also the highest daily rise since mass testing began. The rising spread of coronavirus due to its new variant and the increased number of deaths despite the nationwide lockdown and vaccine rollout raised fears for the newly independent nation Great Britain’s economy that ultimately weighed on the local currency Sterling and dragged the currency pair GBP/USD on the downside.

Furthermore, the World Health Organization (WHO) called on European countries to intensify coronavirus measures as the region deals with the new UK-detected variant. On Thursday, the WHO Europe director Hans Kluge said that further measures were needed to flatten the steep vertical line of rising cases in some countries. Moreover, the French Prime Minister Jean Castex said that France’s border with the U.K. will remain shut and that it was out of the question to lower their guard in weeks to come. These statements also weighed on British Pound and affected the GBP/USD pair’s movement on Thursday.

The Construction PMI for December from Great Britain came in line with the expectations of 54.6. At 14:32 GMT, the Housing Equity Withdrawal for the quarter also remained flat with the expectations of -7.0B. The Challenger Job Cuts for the year in December surged to 134.5% compared to November’s 45.4%. At 18:30 GMT, the Unemployment Claims from last week fell to 787K against the projected 798K and supported the U.S. dollar that added losses in GBP/USD pair. The Trade Balance from November showed a deficit of -68.1B against the projected -66.7B and weighed on the U.S. dollar that capped further downside in GBP/USD pair. The ISM Services PMI surged in December to 57.2 against the projected 54.5 and supported the U.S. dollar that added further GBP/USD pair losses on Thursday.

The GBP/USD pair’s losses were limited as the U.K. government was trying to increase the vaccination supply to control coronavirus spread. The health minister Matt Hancock has said on Thursday that the Britain government was working with both Pfizer and AstraZeneca to increase supplies as the pace of Britain’s rollout of coronavirus vaccines was being limited by the supply of shots. He said that the government must quickly ramp up the rate of vaccinations to meet an ambitious target to protect more than 13 million people who were elderly, vulnerable, or frontline workers by mid-February.

The GBP/USD pair continues to consolidate in a narrow trading range of 1.3625 – 1.3556. The Sterling may face immediate resistance at the 1.3625 level, and the continuation of an upward trend can lead the Cable towards the 1.3700 resistance level. On the lower side, the breakout of 1.3545 support can extend the selling trend until the 1.3468 level.

The USD/JPY pair was closed at 103.824 after placing a high of 103.955 and a low of 102.948. The USD/JPY pair rose to its highest level since mid-December on Thursday amid the broad-based strength of the U.S. dollar. The USD/JPY pair’s bullish momentum was supported by the stronger U.S. dollar driven by the rising 10-year U.S. Treasury yields. The U.S. 10-year Treasury yields rose to 1.085% on Thursday that was the highest level since March. On Wall Street, the main indexes were also at record highs as Dow Jones gained about 1.7% and NASDAQ gained about 2.25% on Thursday.

The rising risk sentiment because of the rally in the stock market and the U.S. treasury yield, along with the rising crude oil prices, added weight on the safe-haven Japanese Yen that ultimately pushed the currency pair USD/JPY higher onboard to 4 weeks highest level. The U.S. Dollar Index was also up from the multi-year lowest level on Thursday and moved near 89.85 and was up 0.35% for the day. The rising demand for the greenback pushed the currency pair USD/JPY higher on the board.

However, the U.S. dollar demand is expected not to live for a longer period as the Democratic win in U.S. Senate elections has raised the prospects for a larger stimulus package. Joe Biden, who will begin his term from January 20th, has promised to deliver about two large stimulus measures this year, ultimately hurting local currency.

Meanwhile, on Thursday, the Federal Reserve released its FOMC December meeting minutes that revealed that the Federal Reserve officials consistently backed, holding the pace of asset purchases stable, while some were open to future adjustments if needed. Minutes also revealed that all participants judged that it would be appropriate to continue those purchases at least at the current pace. Nearly all members favored keeping the current arrangement of purchases. The Federal Open Market Committee kept interest rates near zero. It supported its commitment to bond-buying at the meeting after vowing to maintain a $120 billion monthly pace of purchases until there will be considered further progress towards inflation goals and employment. The FOMC meeting minutes also supported the local currency U.S. dollar and added further upside in the USD/JPY pair on Thursday.

The USD/JPY consolidates below 103.950 level, after bouncing off above 103.528 support level. A bullish breakout of 103.950 can lead the USD/JPY pair to the 104.322 level. The 50 periods EMA is expected to keep the USD/JPY support at 103.355, which is very far from the current market price; thus, we can also expect some bearish correction. The market may show further movements upon the release of U.S. NFP figures today. Good luck!