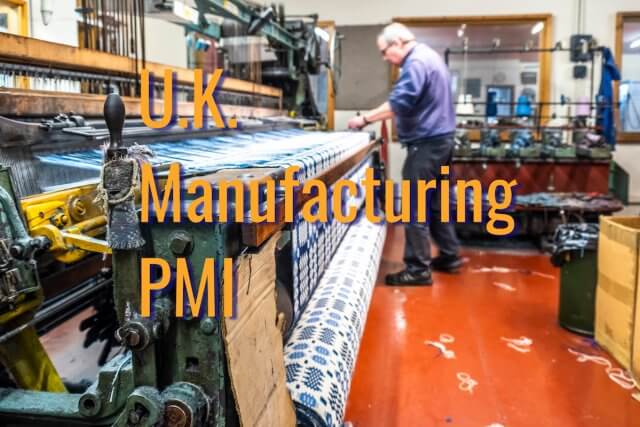 On the news front, eyes will remain on the series of Manufacturing PMI figures from the Eurozone, U.K., and the U.S. Although it’s a low impact event, it may help determine the market sentiment today.

The EUR/USD pair closed at 1.21522 after placing a high of 1.21687 and a low of 1.21210. Despite the coronavirus related lockdowns, the EUR/USD pair moved higher on Tuesday as the European stock markets traded higher amid the optimism over the ongoing Brexit trade negotiations.

The European Union negotiator Michel Barnier said that securing a trade deal with Britain was still possible. In contrast, European Commission Ursula von der Leyen said that there was some movement over the sticking points.

According to the Times of London, the two sides had made progress on the level playing field, and only the biggest obstacle to a deal has left of differences over fishing rights. However, the hopes increased that some form of a deal could be reached with just days to go before the U.K. leaves the E.U. trading bloc. This optimism kept the single currency Euro higher and supported the upward momentum in EUR/USD pair.

On the data front, at 12:45 GMT, the French Final CPI for November came in line with the expectations of 0.2%. At 15:00 GMT, the Italian Trade Balance for October raised to 7.57B against the forecasted 5.40B and supported Euro and added gains in the EUR/USD pair.

Meanwhile, the lockdown restrictions increased in Europe, given the region’s rising number of coronavirus cases. On late Monday, the U.K. government imposed tighter restrictions on London amid the increased infection rates. It cited that these may be partly linked to a new variant of the coronavirus. From Wednesday, Germany will also enter a lockdown that will include the closure of non-essential stores. Netherland also announced a new five-week lockdown, while Italy was considering more restrictions over the Christmas holidays.

Throughout the region, these lockdown restrictions added pressure on the single currency Euro and capped further gains in the EUR/USD pair on Tuesday.

The precious metal gold continues to trade bullish at 1,857, having crossed over double top resistance level of 1,857 level. On the higher side, the metal opens up further room for buying until the next target level of 1,865 and 1,875 level. On the lower side, the precious metal gold may find support at 1,848, and below this level, the metal may drop until the 1,832 level. Let’s consider staying bullish over 1,848 today. The 50 periods EMA supports a bullish bias, keeping the EUR/USD pair in a little bit of buying mode. Simultaneously, the MACD and RSI are also supporting a buying trend; thus, we should look for a buying trade over the 1.2175 level to target the 1.2265 level today.

The GBP/USD pair closed at 1.34635 after placing a high of 1.34688 and a low of 1.32800. The GBP/USD pair was among the best performer on the day amid the speculation regarding the prospect of an imminent Brexit deal.

There were speculations mostly amongst Conservative M.P.s that a Brexit deal was close and might be voted in the House of Commons next Monday and Tuesday. This optimism led the GBP/USD pair higher in the market to post gains for the day.

After posting losses for three consecutive days, the currency pair GBP/USD pair rose by nearly 1% on Tuesday after the speculation that there had been progressing on the issue of a level playing field. The European Union negotiator Michel Barnier said that reaching a trade pact with Britain was still possible. At the same time, European Commission Ursula von der Leyen noted that there was some progress made over the sticking points.

British Pound is highly sensitive to Brexit progress, and any news showing optimism regarding the post-Brexit trade deal with the E.U. will have a great impact on the GBP/USD pair. This was the reason behind the sudden surge in GBP/USD currency pair on Tuesday despite the renewed lockdown restrictions by the U.K. government over London.

The Health Secretary of the UK, Matt Hancock, said on Monday that this week London would return to a strict lockdown as the coronavirus cases have soared in the British capital. Hancock said London would move from England’s Tier 2 – high alert local restrictions to Tier 3 – very high alert on Wednesday noon.

Under the highest restriction level, all hospitality venues, including pubs, restaurants, and cafes, will close except for takeout and delivery. People will avoid unnecessary traveling and reduce the number of journeys. Residents in London will be restricted from meeting in private gardens or outdoor venues.

Meanwhile, on the data front, at 12:00 GMT, the Average Earnings Index from Great Britain raised to 2.7% against the forecasted 2.2% and supported the British Pound that added gains in the GBP/USD pair. The Claimant Count Change from the U.K. raised to 64.3K against the expected 10.5K and weighed on British Pound. The Unemployment Rate from the U.K. dropped to 4.9% from the expected 5.1% and supported the Sterling that added strength to the GBP/USD pair.

The USD/JPY pair closed at 103.647 after placing a high of 104.150 and a low of 103.604. The USD/JPY pair failed to capitalize on its previous daily gains and dropped on Tuesday over the fears of a new variant of coronavirus and the increased lockdown restrictions over the globe.

The safe-haven appeal in the market returned after the U.K. Health Minister Matt Hancock told parliament that a new variant of the coronavirus associated with faster spread had been identified in southeast England. This led to widespread concern as headlines in the newspaper called this new variant “Super covid” and “mutant covid.”

Matt Hancock added that about 60 different local authorities had recorded coronavirus infections caused by the new variant. He also said that the World Health Organization had been notified, and a detailed study by U.K. scientists has started.

The fear of new and improved disease raised the market’s safe-haven appeal as London went into renewed lockdown restriction of Tier-3 level. Along with London, Germany and Netherland also extended their lockdown restrictions. The rising demand for safe-haven assets added strength to the Japanese Yen that ultimately weighed on the USD/JPY pair.

Furthermore, on Tuesday, Dr. Anthony Fauci, the U.S. senior official for infectious diseases, predicted that the U.S. could begin to achieve early stages of herd immunity against the deadly coronavirus by late Spring or Summer.

Herd immunity occurs when enough people become immune to the disease that the spread of the virus from one person to another person becomes unlikely. Fauci pointed to polio and measles as examples of herd immunity. Despite these positive statements from the top health official from the U.S., the USD/JPY pair failed to reverse its direction upward because of traders’ focus on the new variant of coronavirus.

The USD/JPY is trading dramatically bearish, falling below 103.700. This resistance area is extended by a double bottom pattern, which later was violated on the 2-hour timeframe. Below this level, the USD/JPY pair has odds of extending a sell trade until the next support level of 103.211. The 50 EMA and MACD are supporting selling bias. Thus we can expect to sell below 103.700, to target the 103.200 mark. Good luck!