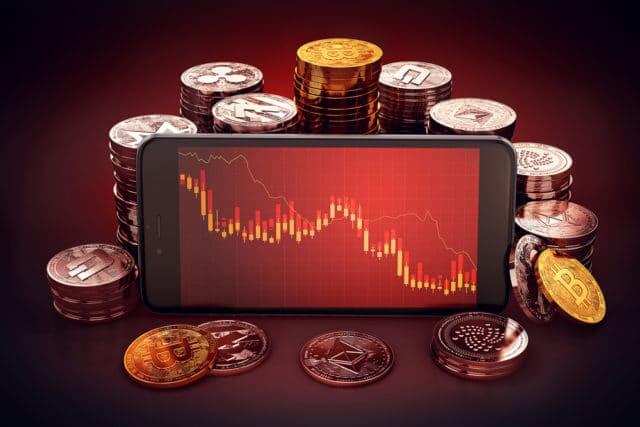 Of the top100 cryptocurrencies by market cap, the biggest gainer is EDC Blockchain, with 30.61% daily gain. The biggest loser of the day was Komodo, which lost 10.51% of its value. 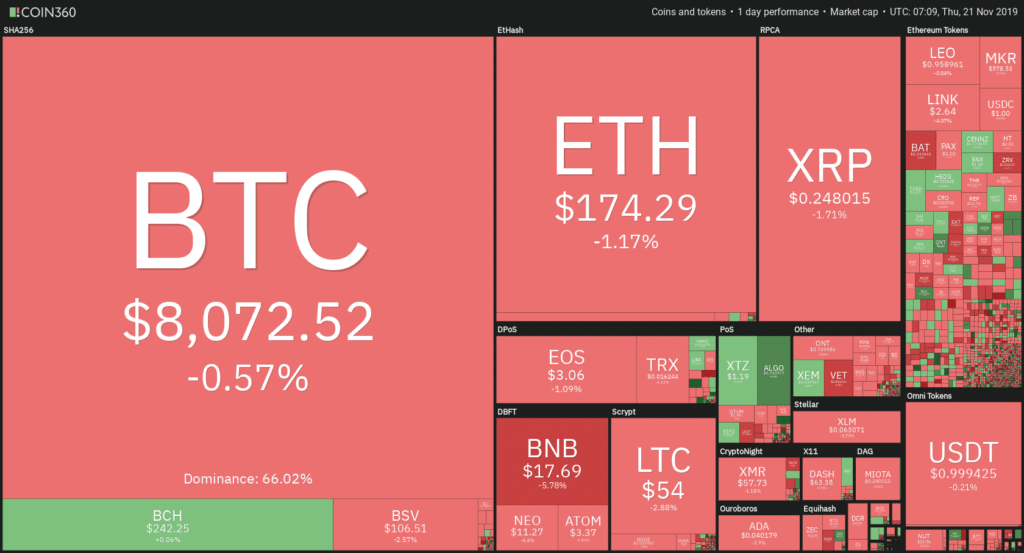 Bitcoin’s dominance increased to over 66% as the market lost a bit more value than Bitcoin itself. Its dominance now sits at 66.02%. 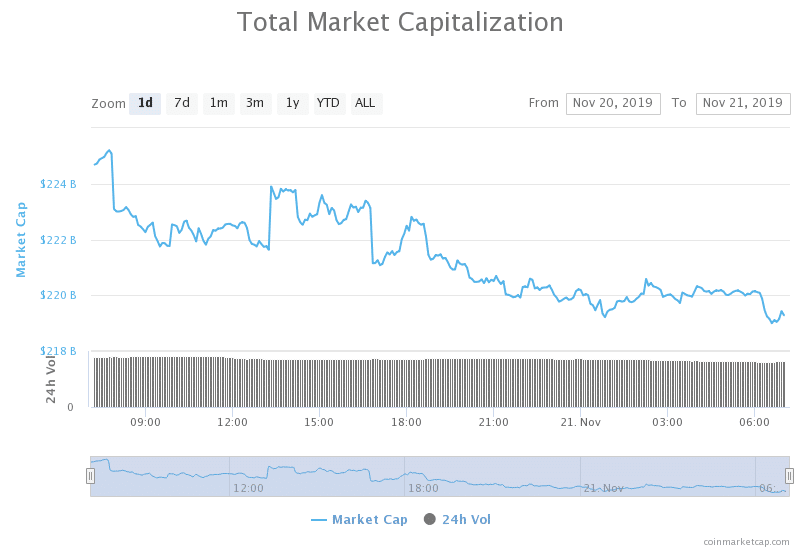 The cryptocurrency market as a whole now has a market capitalization of $219.41 billion, which represents a slight decrease when compared to the value it had yesterday.

Cryptocurrency forensics and analysis firm Elliptic managed to put together a case on $400 million of XRP’s funds. Allegedly, about $400 million worth XRP ended up being used for illegal transactions.

In a press release published on Nov 20, Elliptic said that the $400m of illicit XRP activity  represents just a bit less than 0.2% of total XRP transactions. They also said that the vast majority of XRP activity is legitimate as this is all they could find.

Bitcoin’s volume is continuing to gradually decrease from the big drop in price. Its RSI level is in the oversold territory for some time now.

Ethereum spent the day trading just below its immediate resistance, but could not break it. The price broke the $178.6 key support level and is currently trading below it, as bears are threatening with a move to the upside. However, the volume is not showing any initiative from the bull side.

The critical level of $178.6 moved to the upside as the price went below it. Likely, Ethereum won’t manage to go above this level in the short future as its volume and bull presence, in general, are not there.

XRP’s ranging movements are continuing today as well. After its price fell to its key support level of $0.245, bulls kicked in and kept the price above it. XRP is currently trading near the bottom of the range, stuck between the 0.245 support line and the 0.266 resistance line.

Both support and resistance levels seem to have been well-respected by the bulls and bears, which indicates that XRP might stay in this range for some time. The key levels remain the same as they were as XRP didn’t pass any key levels up or down.