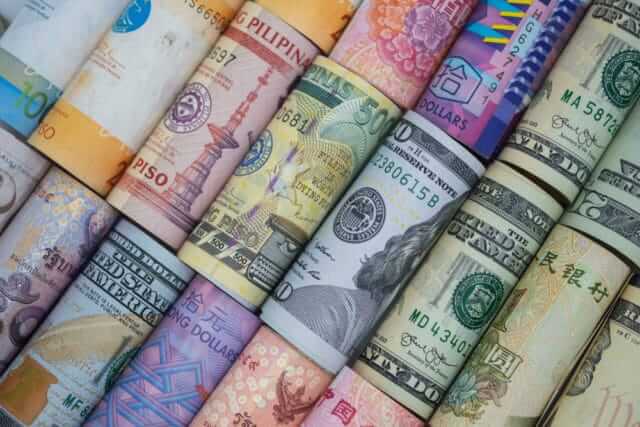 Later today, existing home sales are expected to post a growth of 2.0% on month to a yearly rate of 5.49 million units in October. The Leading Index is likely to slip by 0.2%. Besides, the U.S. unemployment claims for the week ended November 16 is anticipated to fall to 218,000 from 225,000 in the prior week.

The EUR/USD pair is found on the bearish territory and created a bearish hammer candle ahead of Europan Central Bank minutes. That might anticipate that members stand divided on which course to take, in short, there could be seen the opposite sentiment as compared to earlier.

On the other hand, Beijing warned the United States to do not interfere in this matter. The risk-tone also weighs down amid on-going protests in Hong Kong and Israel.

At the ECB front, the EUR currency will likely take a buying if the ECB meeting minutes exhibits growing resistance to the massive easing package announced by the former President Draghi in September.

The currency pair created a bearish hammer candle on Wednesday, indicating the bullish move from its recent lows below 1.10 has run out of steam and sign of an aggressive bearish move. However, a bearish reversal will be confirmed if the EUR/USD pair closes below the candle’s low of 1.1053 (a hammer) on Thursday. Also, a close above 1.1081 would negate the bearish hammer and signal a resumption of the recovery rally.

The GBP/USD currency pair turned to green and taking round near the 1.2930, mainly due challenges to Tories recede. After the ITV debate between the United Kingdom, Prime Minister Boris Johnson, and the opposition Labour Party leader Jeremy Corbyn immediate votes challenges to Tories. The latest surveys from the Savanta Comres says that about one in five Labour voters is considering backing the Tories.

The market has recently stayed under pressure because the United States and China trade dispute escalated, whereas the House of Representatives passed the Hong Kong bill. Risk-tone stays slow with the United States ten-year treasury yield and the Asian stocks both flashing red signals.

Whereas a shortage of significant data/events will likely keep trade/political headlines concerning the U.S. and China in the light, news from the U.K. and 2nd-tier Housing and manufacturing data from the U.S. could offer intermediate progress.

On a shorter timeframe, the GBP/USD is trading with a bullish bias at 1.2930. The bullish trend is mostly triggered due to the Three White Soldiers pattern, which is suggesting a strong buying trend in the GBP/USD pair. On the upper side, the immediate target is likely to be 1.2960.

The USD/JPY currency pair increased its moderate recovery from the 50-day Moving Average support manly due to the China Vice Premier and trade negotiator Liu He stated that he is hopeful about reaching a phase-1 trade deal.

As of now, the USD/JPY currency pair is currently trading at 108.49, representing a 0.13% decline on the day, having bounced from the 50-day moving average support of 108.28 in the last one hour.

It must be noted that Liu He is showing optimism on trade, but few traders seem to avoid going long on the JPY trades, helping the pair to show a slight recovery. However, the futures on the S&P 500, are still reporting a 0.22% decline. Moreover, the Asian equities are down with Japan’s Nikkei reporting a 1% drop.

Basically, the equity and bond market are not looking so impressed by the Premier Liu He’s comments and continue to worry about declining the trade certainty due to intensifying political tension.

Therefore the USD/JPY currency pair will likely fall back to the 50-day average at 108.28. However, if the equities recover, the pair will probably move into the positive region above 108.60.

The USD/JPY is trading at 108.500, just below the bearish trendline, which is extending resistance at 108.700 area. The closing od Doji candle below 108.700 level saying a lot about investors’ sentiment. On the other hand, the MACD and RSI are still holding in the bullish zone.

Due to different sentiments, we should keep a close eye on 108.550 level today as the USD/JPY can trade bearish below and bullish above this level. On the lower side, the target remains 108.250, while 109 remains the bullish target.