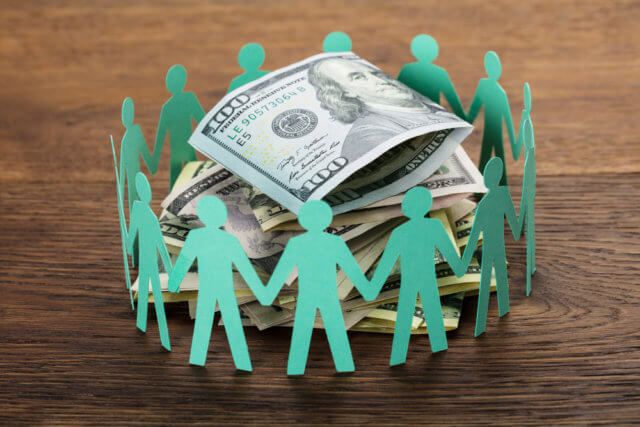 It is already a cliché today to say blockchain and cryptocurrency have revolutionized pretty much every industry. Blockchain started a revolution. The old system of the banking industry and governments were quick to realize the revolutionary power of the tech. That is why there were attempts to regulate or outright ban blockchain and crypto in some countries.

However, blockchain has won against all naysayers.

For the financial industry, it has been the Holy Grail that enabled small businesses in the United States – over five million of them – to access capital and to thrive. Entrepreneurs who had little to no chances to fund their ideas without begging the banks and venture capitalists have been among the biggest beneficiaries of the cryptocurrency boom.

It is true to say the odds have been good for the people who, for years, have been shut out of opportunities because of their gender, age, race, or where they are from. Considering that small businesses have always been the backbone of the US economy, the problem of open bias in the access to capital was a problem that badly needed to be fixed once and for all.

The JOBS Act merging with cryptocurrency has brought a storm of disruption that opened the floodgate of opportunities for everyone with a small business.

The brief history of the blockchain religion

Bitcoin was released by an anonymous individual or group of individuals called Satoshi Nakamoto in 2009. Very few people will go into history as witnesses of the birth of this new technology that would rapidly grow to take over every aspect of humanity from the money we use to how we govern ourselves. It was the blooming of the idea that decentralized ledgers were the solution to the lack of trust between two people when a transaction is made. This new tech quickly proved to be the antidote to the kind of system manipulation that resulted in a great recession and almost crashed the global economy in 2008.

Today, everyone has a good idea of what blockchain really is. A fair number of people today agree that cryptocurrency may be the future of money. It started with cryptographers and software enthusiasts playing with bitcoin and explaining it to anyone who cared to listen. True believers know that blockchain is a revolutionary trust system because it is simple.

The Bitcoin whitepaper describes Bitcoin simply as a peer-to-peer network that makes it possible for two people to transact and exchange value without the need for a middleman or a third-party. Bitcoin keeps rewarding its believers, and it is enticement enough for more people to want to derive value from it.

As with everything healthy for an economy, the success of Bitcoin created dozens of similar offshoots cryptocurrencies. Bitcoin Cash, Ethereum, Litecoin, Zcash, Monero, and every other cryptocurrency with unique features have contributed something new to the blockchain world. In the case of Ethereum, their ERC-20 platform has been just as revolutionary as the blockchain itself. Small businesses had the power to create their own tokens for capital.

The JOBS Act and the age of crypto crowdfunding

JOBS is an acronym for Jumpstart Our Business Startups Act. It was signed into law with little publicity in 2012. This was the legal whistle that the game was on, and every small business could legally raise funds by selling equity in crypto tokens. By pitching directly to the crowd, entrepreneurs no longer needed to beg VCs and bankers for capital.

The JOBS Act law was an update to the Securities Act of 1993 that modernized the finance law in one simple way: by easing various regulations that governed the US Securities and Exchange Commission, in the process streamlining ways in which businesses in the United States could raise funds. It encourages small businesses to pitch directly to the masses and back it up with equity.

The JOBS Act was written to directly impact how far startups can go to raise funds. It gave them irresistible exemptions when they issue shares on the blockchain in the form of tokens or cryptocurrency. This means small businesses could develop their own assets and sell it directly to investors without having to go through the pain of IPOs.

The law essentially leveled the small business equity crowdfunding market by guaranteeing every investor that as long as they agree to the terms and conditions of a coin offering (ICO), they could buy equity directly from a small business.

Crowdfunding and the opportunities it brings

To understand why crowdfunding was such a disruptive force in the startup and small business world, you just need to appreciate the three severe problems in the current systems that it fixed:

☑️ For over 80 years, it has been virtually impossible for most people to invest directly in small businesses by buying shares. The stock market was inaccessible because of all the brokers and regulations companies had to deal with. Now, they can legally and easily create special-purpose funds to sell directly to the crowd.

☑️ Small businesses have always had a hard time winning over investors because of the bureaucracy that bogs traditional equity-based funding. Before the JOBS Act was passed, very few businesses had the legal backing to sell shares because the only option was an initial public offering (IPO). It’s just sad that IPOs are slow and expensive.

This act essentially saved entrepreneurs the commissions they had to pay to brokers and lawyers, and the government removed all the unnecessary legal hurdles.

☑️ Tokenization of shares became the most popular way for businesses to get liquidity fast and affordably. With ready-made blockchain implementation platforms such as Ethereum evolving each day, it became straightforward for small businesses with limited resources to create and roll out smart contracts with commercial value.

The ERC-20 contract offered simple yet powerful tools for businesses to develop and issue their own cryptocurrencies and tokens.

Building a community of believers key to tokenization success

It may be easy for a business to raise funds on the blockchain by creating and selling digital assets, but there is a price to pay to actually make the sales. Considering how stiff the competition is for the small but growing pool of investors, only entrepreneurs who can convince potential investors that their assets are worth their money succeed in selling them.

Startups and small businesses that go this route have to be creative and impressive to win subscribers. The cryptocurrency crash of 2018 taught them to be even more selective where they put their money in the crypto market.

It takes a great effort to build a community of believers and investors that will buy into a business’s idea. For entrepreneurs that put the effort, the reward is worth it in the end. As a rule of thumb, the number of subscribers the small business gets in three months during beta is indicative of how the market will value shares when the offer opens to the public. This information can even be used to get favorable terms from traditional investors, including venture capitalists and bankers.

The best thing about crowdfunding using a smart contract is that it offers the opportunity for a business to win the minds and wallets of backers anywhere. Since blockchain is not limited by geographic barriers, it allows entrepreneurs to create a mega community of people from any country in the world. Casting such a wide net has made it possible for them to get support from sources they least expected.

According to the World Bank, 2016 was the first year when small businesses and startups raised more money from crowdfunding than from venture capital. The crowdfunding environment has evolved fast since then to become a global phenomenon as businesses in all industries rush to raise capital by issuing their own digital assets. These assets serve their purposes in different ways from medium of exchange to store of value. Every blockchain expert predicts a bright picture for businesses that embrace and rigorously take advantage of the financial innovations brought by blockchain.