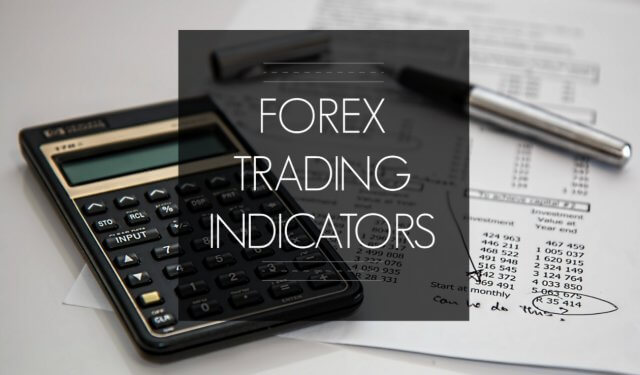 There are several different impulse indicators to calculate the price boost, allowing the indicator used to quickly see if a currency pair is showing a strong long or short boost, or if it’s just crisscrossed and in a lateral range with no impulse at all.

Technical analysts have developed a wide variety of such indicators and they are available for free on almost all Forex trading platforms. The most popular are the moving average crosses, the relative strength index (RSI), the MACD, the Bollinger bands, and the Stochastic. What indicators usually do is mainly look back a given period of time and calculate whether price movements have been more upward or downward. The internal formulas that are used individually by each indicator to make the calculation the result are conceptually similar. In my opinion, the RSI works best.

Impulse traders tend to largely ignore supports and resistors and simply check if impulse indicators show that the price is more bullish or bearish in shorter and wider time frames. When both types of time frames show the same momentum, they place an operation in the direction of the current momentum.

Another approach that can be taken, and that can replace the use of indicators or used in a complementary way, is to draw supports and key resistors and check whether they are maintained or broken. For example, if resistance levels are continually broken while support levels are maintained, that would be a sign that there is upward momentum.

There are different ways to achieve the same type of entry with a strong boost and it tries to place a long operation when the highest price recorded during a certain period of time breaks. It is a method of operating with the trend well known and long tradition. In effect, the known turtle traders were using an entry system based on maximum or minimum price breaks of 20 and 55 days (these prices are indicated by the Donchian channel indicator).

This type of trading method is very attractive because it is very simple and time-consuming as it is a mechanical way of “placing an operation and forgetting”. For example, at the end of each trading day, you can simply place an order to go long or short on the X and Y prices, which are the maximum and minimum prices during the given review period, and then you no longer have to worry about it for the next 24 hours or so.

It is widely believed that such mechanical strategies based on ruptures are reckless and do not produce the best results. In today’s financial markets, there are more “false” than “breaks”, especially in Forex prices, which tend to move in narrower ranges than stocks and commodities.

A key issue to remember and which could counter this perception is to clarify what constitutes a successful break, a subject open for discussion. For example, the price breaks up, moves in your favor a few pips, and then moves against you 100 pips. Is this a failed break? The answer to that question sincerely depends on where you place the stop loss. If you put it in 50 pips, the rupture was a failure, resulting in a loss. However, if you have placed a wider stop loss, that could be an essential component for a complete trading strategy based on volatility, and if the price had undone your drop of 100 pips to finally climb 1000 pips, it would have been a successful break for you.

Traditionally, trend trading uses a stop loss of 3 multiples of True Middle Range (ATR), which also often uses breaks for entries. Of course, the use of a broad stop loss will tend to produce more profits, but the size of the gains will be smaller than if tighter stops had been used.

Comparison Between Impulse and Rupture Indicators

We can try to determine which of the entry strategies described above can work best in forex trading by performing a backtest on the same currency pair using the two different trading placement methods with the same stop-loss system. Let’s take a look at the EUR/USD pair in the period from 2001 to 2014. The stop loss used in each operation is always half the True Middle Range of 20 days.

In the pulse indicator method, an operation is placed when we reach the closing of any hour.

1. The price is on the same side as where it was 1 month and 3 months ago.

All these indicators must be bullish or bearish at the same time before placing an operation, thus showing that there is a strong directional impulse.

The results were as follows:

-With a risk target – reward of 2 times the stop loss, there was an average positive expectation of 6.2% per operation.

-With a risk target – reward of 10 times the stop loss, there was an average positive expectation of 39.6% per operation.

So, now let’s look at the method of breaking the Donchian canal. A long transaction is placed at the first moment during the day when the price is quoted above the maximum of the last 80 days, or a short transaction when the price is quoted below the minimum during the same period of time, assuming that the stop loss level was not reached before the operation was placed. The 80-day period is widely considered as a good measure to capture the best impulse break in Forex.

-With a risk target – reward of 2 times the stop loss, there was an average positive expectation of 11.72% per operation.

-With a risk target – reward of 10 times the stop loss, there was an average positive expectation of 42.68% per operation.

We can see that there was not much difference at the higher end of 10:1, but that the breaks produced a better result at the lower end. Needless to say, there were far fewer rupture operations in general.

One reason for this is that it has been well established for centuries that prices tend to move more easily when they are in “blue sky”, ie in areas where the price has not been for a relatively long time.

Finally, keep in mind that it mattered little what entry strategy was used if it was decided by large moves of 10:1. This only serves to show that traders tend to worry too much about tickets, while the real challenge is to stay in the market waiting for big profits instead of closing positions that turned out premature exits. As Jesse Livermore said, I made more money by staying in business than I ever did by being right.