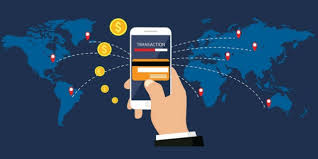 Since Satoshi Nakamoto introduced blockchain to the world ten years ago, the technology has found utility in all sorts of interesting places – from supply chains to healthcare to media to finance. Blockchain, a technology whose idea was floated in the computing world but only brought to life in 2009, possesses certain features that have made it a highly sought after technology. And now, dozens of industries are scrambling to get a piece of it.

Finance, being one of the industries that literally keep the world moving, is at the forefront in the exploration of blockchain.

But before we see how that is, let’s get a closer look at blockchain and see why it’s so special.

A blockchain is a distributed ledger that stores time-stamped transactions in the form of blocks and is open to everyone on the network. Blockchain’s records are immutable – meaning once information is entered, it’s unalterable – or extremely difficult to change. Each block of transactions is linked to each other using cryptography.

Cryptography itself is the coding of information so that unauthorized third parties cannot interpret it. The technique goes back to 44 BC when Julius Caesar used cryptography to communicate to his generals in a manner that his enemies would not crack the meaning.

Ten years after the first application of blockchain by Bitcoin, the technology has become such a hit due to the following reasons:

Blockchain has three identifying features that have made it so popular. These are:

Decentralization: In a decentralized system, information is distributed across the network such that everyone in the system has access to the information. Transacting parties can do so directly with each other without the intervention of a third party. Also, you and only you have control over your money. You don’t have to go through the bank to spend or send money to anyone.

Transparency: When it comes to transparency in blockchain, it means that an individual’s transaction history is in the public domain through their public address. The world has simply never had this level of transparency before. This means the global financial system can finally be held to more accountability.

Immutability: Immutability in blockchain means that information that has been entered on the blockchain cannot be altered or tampered with. This is a very welcome feature in finance because it would ensure the integrity of financial records and eliminate fraud.

One of the sectors that blockchain would help is finance, which is somewhat ironic since blockchain was first introduced to bypass the existing system. The Harvard Review puts it this way: “The blockchain will do to the financial system what the internet did to the media.”

The internet came and democratized information. Today, all anyone needs to access certain information is to enter a keyword on a search engine. If blockchain adoption goes mainstream, getting access to financial services – no matter where you are in the world – would be as easy as tapping a button.

So, where can blockchain be applied in finance?

Blockchain tech can be applied to an endless list of finance areas– from insurance to payments, to record-keeping, and so on. In this article, we’ll focus on three areas: faster cross-border payments, cheaper Know Your Customer procedures, and trade finance.

If you’ve ever sent or received money from overseas, then you know how tedious and expensive the process can be. On average, a recipient receives their money after about 2-5 working days. And if the money is sent on a Friday, you will receive it on Tuesday since financial institutions are closed on weekends.

Why does it take so long? Because there are numerous intermediaries involved. And every intermediary has thousands, if not millions, of similar transactions that they are processing.

But with blockchain, transactions take place in a peer-to-peer, decentralized environment – which saves time and money. Transactions are settled instantly, removing the need for third-party intermediaries.

Banks lose an astonishing amount of money through KYC procedures. The average bank spends an average of £40m a year on KYC compliance, and some banks can even spend up to £300m. These jaw-dropping expenses are to be blamed on ever-changing regulation policies, and some banks still following outdated compliance methods, like paper-based processes.

Blockchain will solve this problem by empowering people to have control over their personally-identifying information. Customers can upload their identities on the blockchain, and banks can request access to it.

Also, banks can be granted KYC access to a common repository on a blockchain that they are a part of. Since the information is not controlled by anyone, anyone who is part of the network can access it and share it with anyone.

According to a Santander-Innoventures report, banks can save up to $15 to 20 billion a year in infrastructure costs by 2022.

Just like with cross-border payments, the current trade finance is encumbered with a bunch of parties who make the process slow and tedious. And these parties don’t even trust each other – so they have to involve even more intermediaries like banks and clearinghouses. Blockchain can help solve this problem through the use of smart contracts.

How would smart contracts help with trade finance? Since they are self-executing, they can transfer values such as money, title deeds, and so on – removing the need for intermediaries such as banks clearinghouses and with it, the would-be fees. This process is not just cheaper, but also time-saving. An ecosystem is created in which trust is not a prerequisite for doing business.

These three examples highlight how various capabilities of blockchain can be harnessed to transform finance.

Below, let’s take a look at the broader benefits of the technology for the finance sector.

Security: Blockchain’s distributed architecture eliminates single points of failure since data is spread all over multiple nodes. Also, its immutable nature is tamper-proof, which removes the possibility of manipulation and fraud.

Transparency: Blockchain utilizes mutualized processes – acting as a single source of truth for all authorized participants

Trust: Blockchain’s immutability and transparency provides a climate of confidence and trust

Streamlined processes: Blockchain processes are faster have reduced downtimes, and have reduced potential for error and delay. It also removes a lot of procedures that would waste time in a traditional setting.

While blockchain technology promises a new dawn for finance, it faces obstacles that make it unsuitable for mainstream financial adoption. These obstacles are as follows:

Even though blockchain was introduced to outpace traditional finance, the latter could actually use the former and be better suited to cope with the ever-changing dynamics of customer preferences and needs. When blockchain wizards come up with ways to beat the current obstacles faced by blockchain, it will be an exciting time for finance.