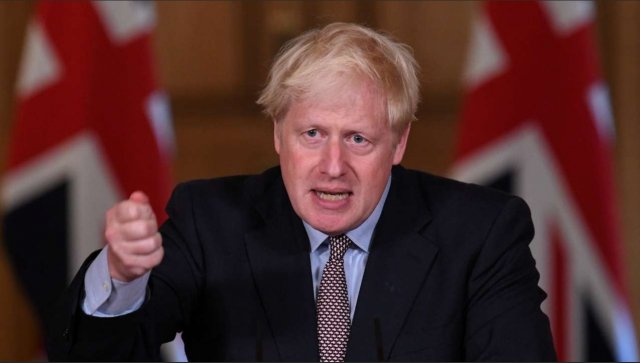 Price is everything. By observing the pound rally in October, you involuntarily begin to believe in the principles of technical analysis. You’d have to be a medium to understand what Boris Johnson was talking about during his visits to Brussels and Dublin. The talks were not in vain. Referred to as, “tunnel negotiations” they took place behind closed doors and there was hardly any hope of being able to observe the light at the end of the tunnel. However, even extrasensory powers do not guarantee that you become a rich man. Mediums could be the most honest people: the reason is that they never use their powers to win the lottery or win money on Forex.

If he stays too long by the river, sooner or later he’ll be fired. After a series of painful defeats and accusations of having exceeded their authorities, people generally fall into a stupor. But not the current head of Britain’s Cabinet. The idea of becoming the shortest prime minister in the entire history of the United Kingdom was not very seductive. Johnson knew: either you control the situation or the situation will end up controlling you. Critics, especially the most spiteful,  will always get the same answer from him:

Led to a corner, the prime minister found a legal vacuum and common ground with Brussels. True, the game is not won right now, but your position is much better now. Johnson will find it difficult to get a majority in Parliament, as DUP is against the deal as it stands and Labour thinks it is even worse than the Theresa May deal. However, nothing seems impossible for the current prime minister. If he manages to get Britain out of the EU, he will take his place in history:

– Boris, will you accept apologies?

Looking at the pound chart, you don’t need to read the news. Its recovery was a clear sign of progress in the Brexit talks and its setback showed that investors were upset about something. They have been discussing the extension of the transitional period and the second referendum where the text of the current agreement with the EU can be presented. The British already tried to divorce the EU in 2016, why shouldn’t they bring the question to a successful end? It’s like in the river in winter. The thinner the ice, the more people want to make sure it’s strong enough.

Donald Trump is also confident that the markets know more than anyone else. The President of the United States knows with certainty that it is a small world. All because of the Chinese! He is talking about progress in US-China relations and is always full of optimism not to accidentally launch the S&P 500 correction. Trump believes the White House needs a strong economy and a strong stock market, while setbacks could make your risk of losing the elections held this 2020 more likely.

So does price really take everything into account? Shouldn’t we read the news and dwell on the peculiarities of fundamental analysis? Should we just look at the graph? If everything were that easy, mediums would make a lot of money on Forex. Certainly, history knows too many examples of the times when markets were wrong. For example, they predicted a recession in the US economy in 10 cases out of 5. Trading is not easy, but it is a very interesting activity!