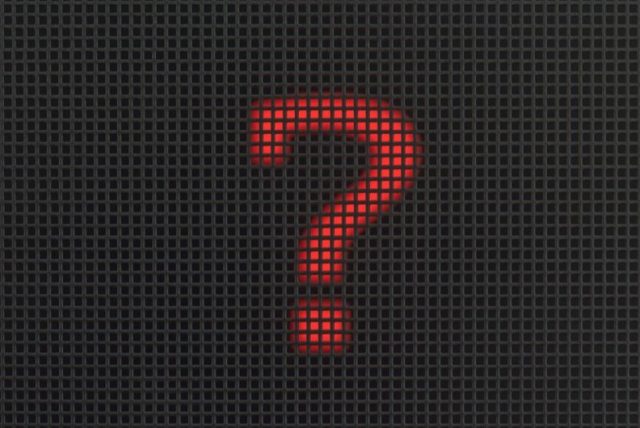 Given some of the changes in recent years over Forex trading laws, it is understandable to understand why traders may be concerned. Many countries have imposed very harsh restrictions on the industry and, of course, some are concerned that this may mark a possible end to Forex. The currency market can be huge, but many industries have become obsolete and extinct as well. For a Forex trader who lives professionally in this industry or wants to have a future trading currency, it is worth considering all these changes and how they may affect you.

Of all the financial markets, the Forex market is the largest in terms of liquidity.

According to the Bank for International Settlements -BIS, forex achieved an average daily turnover of $5.1 trillion in 2016.

Remember that this was the moment when several foreign exchange brokers went bankrupt following the decision of the Swiss National Bank’s (SNB) to remove the Swiss franc from the euro. The impact of this momentous decision was catastrophic and immediate. Within minutes, the franc rose by 30% against the euro and other major currencies, causing huge losses to anyone occupying short positions in the franc. Even brokers with excellent opinions declared bankruptcy.

The consequences of the decision were felt throughout the rest of 2015, reducing daily turnover in the market. Most likely, this drop in trading volume until 2015 contributed to the decrease in the average daily trading volume in the Forex market from the previous record of US$5.5 trillion in 2013. Since then, the Forex industry has continued to suffer and therefore hope of a resurgence is diminishing. After the events of 2015, the Forex market recovered somewhat until ESMA announced its plan to change its regulations in 2016.

MiFID-regulated Forex brokers began to feel the pressure even before the MiFID II regulations came into force in January 2018. As early as 2017, UK and EU brokers were already seeing a decline in revenue. Meanwhile, brokers elsewhere, such as Australia, have reported an increase in European customers throughout 2018. This shows that many customers left Europe-regulated brokers to obtain better conditions elsewhere. As a result, these brokers began to enjoy better profit margins and customer bases compared to their European counterparts.

Today, many currency brokers are losing money after European regulators began to impose stricter laws on the industry. The story is the same with all European brokers, who have been forced to reevaluate their business models or face their demise.

In addition to changes in regulation, volatility has also been very low in foreign exchange markets. The BIS reported that the volume of retail trade in 2018 was US$1.104 trillion, while that of 2017 was US$1.672 trillion, a drop of 34%. Thus, there was much less trade in the Forex market in 2018.

Volatility in 2018 was lower as the ECB announced that it would not raise interest rates throughout the year, which would reduce the volatility of the euro. The ECB has been forced to keep its interest rates low after the IMF lowered its economic growth forecast. Add to this the talks about Brexit, trade wars and elections in different European countries, which probably means this won’t change soon.

Those traders who know these facts are very concerned that the foreign exchange market is in a difficult situation. It is quite likely that the main cause of the problem was the changes in regulation. Volatility is known to diminish, but laws are very difficult to reverse once they are active. For this reason, we must debate these laws in depth that have had a disastrous effect and why the authorities came to think they were such a good idea.

The real wake-up call came in 2008 because of the financial crisis, when regulators knew they could no longer rely on the financial companies’ own mechanisms. Japan was the first country to put limits on leverage. As of August 2010, leverage was limited to 50:1 and then reduced to 25:1 as of August 2011. The US of America followed similarly by reducing leverage to a maximum of 50:1 and 20:1 for major and minor/exotic pairs respectively. In both countries, the foreign exchange market declined significantly due to leverage caps and large capital requirements that were set as necessary for retail traders to participate. Japan is also considering another reduction in leverage to just 10:1, but this law has not yet passed.

The European authorities also knew that they could not allow financial institutions to express themselves either, but their response was slower and more measured, but just as devastating. The new Forex regulations were first proposed in 2014 and came into force in 2018 encapsulated under the MiFID II name. After US regulatory changes, the EU had become the next best option for brokers and traders alike, but no longer. ESMA set a leverage limit of 30:1 for major currency pairs, as the GBP/USD live charts and 20:1 for non-main pairs. That was even less than leverage in the United States…

How the new regulations have affected the industry?

As expected, restrictive regulations have slowed down the industry’s performance and revenue. ESMA hopes that by making the laws tough, new traders will refrain from trading and thus will not lose their capital. However, these traders mostly made the decision to trade with CFD brokers in other foreign countries abroad that had and offered better trading conditions. These brokers are often less secure to deal with as regulation in offshore countries is not as strict as that in Europe. To avoid the loss of customers, it has also been noted that European brokers ask their customers to register with their non-EU entities if they want better conditions.

Does this indicate the end of an era?

If history repeats (as it usually does), current levels of low volatility can be a sign that something dramatic is about to happen. This means that of course Forex is not about to end, but is at the dawn of a new era. In fact, this should be the time when traders take advantage of markets to make huge record-breaking gains.

In addition, there may be other causes that contribute to the low levels of volatility we are seeing at the moment, apart from changes in regulation. The growing tension between the US and China may be aggravating the problems existing in the market, as traders and investors in general are waiting to check what you finally happens. Whatever way the two superpowers decide to go, it will have a huge impact on markets and present wonderful business opportunities. In general, no one likes to risk capital when markets are volatile and unpredictable, which is our current situation. Once things fall, markets are likely to resume their previous volatility levels.

What will be the near future of the Forex market?

At some level, it seems all this even an attack on the industry and regulators want to set limits on markets, as many as possible to retail traders, but this is not the case.

The Forex market will definitely be very different in a few years. It may be almost impossible to create a centralized market for Forex operations, but there may be a dynamic for brokers to report all their transactions on time in the future. MiFID II has already proposed several ways to do this, and it is not unlikely to do so.

In fact, the Forex market today looks a bit like the old stock market, where the market was threatened by “bucket shops”. At the time, stock trading was very risky because there was no simple way to convey orders to the stock exchange, but this problem was solved by technological advances. Therefore, it is not so difficult to imagine a newer technology that unifies the Forex market and makes it centralized.