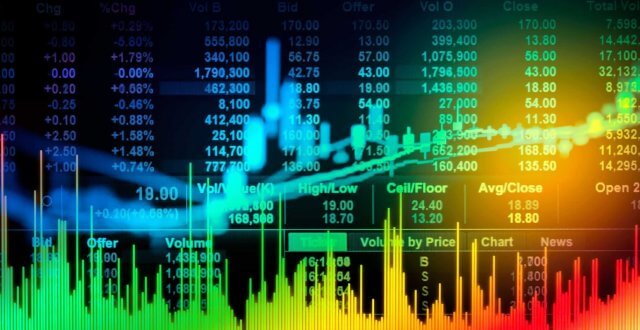 It can be easy to blame the markets, in fact it is what a lot of people do, something goes wrong, it can’t be my fault, it must have been the markets moving against me. Sometimes it can look like the markets are purposely fighting against you, you set a stop loss, the markets just about touch it and then shoot off in the other diffraction, everyone has experienced it, but did it know you were there?

In short, no. When you look at the big picture, it isn’t nice to hear, but you are so insignificant in the overall scheme of things when it comes to the value of your account, that even if the markets or the big fish could see you, they most likely would not even blink in your direction.

When the markets move, they are moving in the direction that thousands and thousands of traders are going, this isn’t just small fry like yourself, this includes those huge organisations and institutions that are moving billions of currency around. Just because you put on a 0.05 lot trade, doesn’t scare them, it won’t make them want to pull back to catch you out, it just isn’t something that they would spend their time or money on doing.

So if it is not the markets that are moving against you, what could it be? Could it in fact be you? The answer is most likely yes. This does not, however, mean that you are a bad trader or that you did something wrong, it just means that the timing may have been wrong, or the markets decided to move before hitting your take profit levels, these things happen and they are a part of trading, a part that will never go away.

There are a lot of things that can cause this, when you look back at your trading journal and your strategy, maybe a part of it was not followed properly, often when trading to a plan, if just a single rule is broker it can break the integrity of the trade and will make it far more likely to lose than win. Maybe you got distracted and ignored a signal that you would normally take into account. Sometimes, the conditions of the markets change and so they are no longer favourable to your current strategy and something ends up being adapted.

All of these things can lead to that loss and they are far more likely than the markets looking at your trade and wanting to take you out.

So we have worked out that it is most likely something that you have done or not done which has caused the loss rather than the markets being out to get you. So now we know that, what can we do about it? There are actually a few easy solutions, they won’t give you a 100% win rate, but they will help you to adapt to the changes that are taking place.

Double-check your strategy, maybe there is something in there that isn’t quite working properly. More often than not a trading plan is pretty in-depth, the more information in it, the more information that can be lost or misunderstood. One thing you can do if it is quite convoluted is to try and scale it down, take out the bits that do not really do anything so it is a lot clearer and far easier to follow for each trade.

Have the market conditions changed? Maybe the strategy that you were using for the past three months is no longer as effective as it used to be due to a change in the overall market conditions or sentiment. If this is the case, then you need to be able to see where your strategy is no longer effective and you need to change something. Being able to adapt your strategy is what will keep it profitable for a lot longer than just leaving it as it is, it will need constant adjustments to ensure that you are on top of this at all times.

Double-check the markets, sometimes, especially if you have been working long shifts, you can miss things in the markets, maybe there was something obvious but because you are tired you missed it. Or if the market conditions have changed, so will the patterns on the charts. If they have changed then the charts may now be showing and saying something completely different to what they did last night, make sure you double-check to see whether it has changed and then adapt your strategy to whatever those changes are. If you did miss something, then make a note of it, it will help you to always remember to check it in the future.

As a trader, there will be times when the markets look like they did something just to spite you, it is important to remember that the markets are like the sea, they do not care about a single drop of rain, however, a thunderstorm can make a lot of movements. So when the markets are moving, you as an individual is not important, it won’t move to just get you, it will move the way that the storm is blowing, if you just happen to be against it or in the wrong place, it won’t discriminate, it will take you out.

All that you can do is prepare yourself, there will be losses, there will be wins, constantly adapt to the changing markets and you will be able to be a more successful trader.