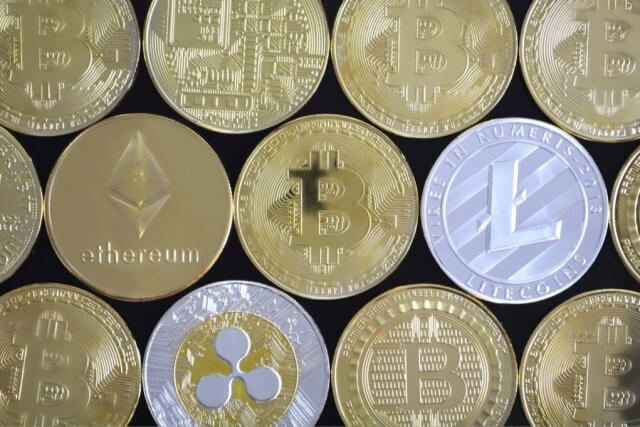 The irresistible exaggeration surrounding crypto-madness cannot be denied. The digital currency has seduced the imagination of investors, journalists, and the general public, and today, some even take for granted that he is a worthy pretender to the throne that is occupied by fiduciary money. So what are the chances of cryptos melting down fiduciary money to become the dominant currency system?

It has been almost 50 years since the world economy shifted from commodity-backed currencies to the fiduciary money system. Preoccupied with the waning economic influence of the UUSS and the increase in expenses of the Vietnam War, the president of that time, Richard Nixon, untied the dollar from America’s gold reserves and ended the Bretton Woods Agreement.

Crypto enthusiasts would have us believe that the stratospheric rise of different digital currencies like Bitcoin, Ethereum, and Ripple sounds like a resounding death sentence for fiduciary money. It is argued that, after half a century of strict financial regulation by governments and central banks, it is time for people to regain full control of their money: a high objective that can be a reality if the digital currency finally becomes the economic status quo.

So what are the advantages offered by cryptocurrencies like Bitcoin fiduciary currencies? For starters, they’re very convenient. Cryptocurrencies have great potential and are able to save financial services and businesses a very important amount of money and time with the elimination of the intermediary from transactions; fees for these transactions tend to be significantly lower as well. And that is not all: a great the greatest criticism of the fiat system is that the value of a country’s currency can fluctuate much beyond national borders.

The Nigerian Naira is an excellent example of this: its value drops up to 30% at the time it is taken out of Nigeria. Cryptocurrencies, at least, for the most part, are not issued by any country and consequently are not subject to the same geography value variations.

Then there’s the best possible record and anonymity provided by the blockchain. A cryptographically safeguarded record of transactions in continuous growth, Blockchain was developed together with Bitcoin by its mysterious supposed creator Satoshi Nakamoto.

Blockchain is a good guarantee against fraud, as records cannot be modified once processed; it also allows for total decentralization, a feature of cryptocurrencies that is given more value than any other. Decentralization assumes that cryptos are not regulated by any financial or governmental authority and are therefore not subject to central bank policies and agendas. On the contrary, cryptocurrencies self-regulate through their own networks.

So far so good. But unfortunately for the legion of followers of cryptocurrencies, there is a lot of compelling reasons not to replace fiduciary money with digital currency. The main one is the current frenetic speculative enthusiasm driven by big-name currencies like Bitcoin and Ripple. It is too early to see whether the vertiginous highs achieved by Bitcoin at the end of 2017 constitute a real financial bubble, but there is no way to avoid the fact that BTC and cryptos, in general, enjoy an unprecedented level of exaggeration. Well, why don’t you? Cryptocurrencies are innovative, technological, and undeniably futuristic; qualities that make them irresistible to both the media and the general public. The problem with such an uproar is that it often leads to a ‘neglect’ of fundamental and practical concerns, which include:

Money laundering and decentralization: Anti-money laundering (AML) initiatives are a major concern of the financial services industry, as banks and businesses spend large amounts of money to ensure full compliance. If the digital coins were to replace fiat, the anonymity allowed by blockchain technology would make AML extremely difficult, costly, and slow. Many financial organizations and banks would be against adopting cryptograms for this reason. A similar problem arises from the highly acclaimed “decentralized” nature of digital currencies. Governments and financial authorities are unlikely to approve any currency over which they have no influence or control.

Security: While blockchain guarantees that cryptography transactions are recorded safely, the same security rarely applies to ‘coins’. Cryptos are vulnerable to piracy, power supply problems, software problems, and outdated human errors. Something as harmless as a cup of tea or a hard drive crash could result in the loss of millions of dollars in bitcoin. Too bad the investor who accidentally threw away a laptop containing 7,500 bitcoins and spends his days scouring the dumps (real story); losing his credit card does not make his account funds permanently inaccessible.

Scale: The market limit for the world’s various fiduciary currencies is approximately $81 billion. It could bring together all the cryptocurrencies in the world and combined market capitalization would not exceed $127.5 billion. Digital coins have a long way to go before the fiat system starts looking over its shoulder. The cost, time, and effort required to revise the trust system and replace it with a purely digital system is astronomical: national economies, businesses, financial institutions, and consumers would have to make a transition from the system they have used for almost half a century.

Ultimately, digital currencies are likely to become a sort of fiduciary money if they are to gain general acceptance. Financial institutions and governments are becoming aware of the proliferation of cryptocurrencies, and some, such as Sweden and Russia, are already in the process of development of their own altcoins. They seek to make the most of efficiency application of interest, the ease of taxation, and the cost savings offered by the digital currency, without security problems, money-laundering facilities, and the lack of central supervision. This means that cryptocurrencies with more future will surely persist in terms of financial institutions, central banks, and government agencies. Excuse the idealists: man strikes again!