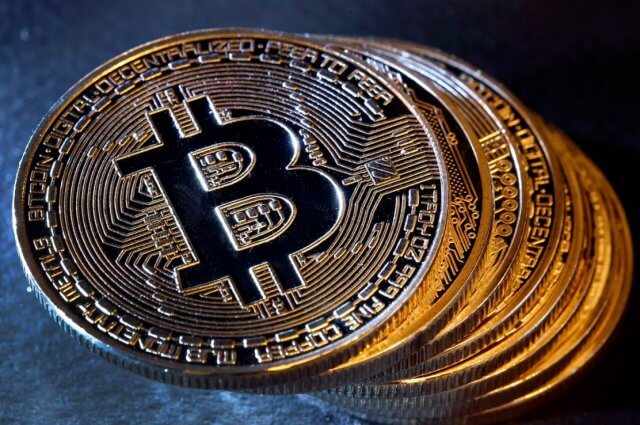 If you’ve never heard of Bitcoin before, you’ve either been living under a rock for the past few years, or you don’t keep up with the news. This cryptocurrency didn’t attract much attention in its early days, but it has become more recognized as a real currency and boasted upon as the price of Bitcoin has reached maximum highs in just the past few months. But what exactly is Bitcoin…and where did it come from? If you’re thinking of investing in this asset, you’ll need to know the history of the up and coming currency that might even become as accepted as the US Dollar someday.

Bitcoin was first introduced under the alias Satoshi Nakamoto back in October of 2008 as a “peer-to-peer cash system”. The idea was that Bitcoin would allow users to send and receive money online without dealing with a middleman (i.e., the central banks). This would save investors from paying high banking fees, relying on major payment systems, and trusting banks in general. It was also meant to provide the people with more privacy, as the government would not be able to trace the transactions or to know how much money someone had or withdrew through Bitcoin.

A console developer named Hal Finley read about this interesting concept for a decentralized currency and offered to mine the first coins as a test. Many people accused Finley of actually being Satoshi Nakamoto, the original developer, but he swore that it was not him up until his death from ALS in 2014. To this day, the true identity of Satoshi remains a mystery. Finley even claimed that he never found out who the original Bitcoin creator was, despite working with him from the early days of Bitcoin’s launch.

Although Bitcoin was first mentioned in 2008, the first lines of code weren’t written until the following year. There was also an issue with the currency being worthless in the beginning, as it was literally worth $0. The coin was finally recognized as a form of currency by a small number of online merchants as early as 2010. Surprisingly, pizza was one of the first material assets that were purchased using Bitcoin. Today, the pizza would be worth around $100 million in value!

Cameron and Tyler Winklevoss purchased $10 million worth of Bitcoin in 2012. Their purchase paid off big time, as their investment’s value more than tripled within one year’s time. In addition to finding these influential investors, Bitcoin also received another big push towards popularity in 2011 once it was introduced as the main form of currency accepted on Silk Road.

For those that don’t know, Silk Road is an online marketplace that allows users to buy and sell illegal items. The list of black market items include drugs, medical supplies, illegal fireworks, stolen goods, and more. Since Bitcoin was traceless and eliminated the government and banks from transactions, it made sense for the site to want to use it in order to keep the identities of their consumers anonymous.

Things continued to fall into place in 2011 as other cryptocurrencies like Litecoin and Ethereum were created. Even more, attention was drawn to cryptocurrencies and the option to trade them on exchanges was introduced, which made many of the formerly skeptical traders see Bitcoin as a real currency. It became easier to buy and sell Bitcoin and the price grew to be above $1 that year before reaching its first all-time high of $31. Although the price did die back down, this would be the first of many price bubbles that Bitcoin would experience.

Sadly, Bitcoin’s luck did not continue and prices crashed in 2018. This could be blamed on the fact that many investors still did not trust the currency and saw it as worthless. Some investors simply trusted the central bank more than they trusted the newer currency; others saw Bitcoin as fraudulent because it was being used to make illegal purchases.

In 2019, prices began to rise and fall once more. The currency reached a $10,000 value by June of that year but fell to $7,000 before the year was over. These highs and lows in value could be considered a normal factor for Bitcoin prices by this point, but investors still saw a lot of investment opportunities.

Then, in 2020, the COVID-19 pandemic helped Bitcoin to reach its highest price peak so far at $24,000 USD. This was due in part to the government’s efforts to reopen the economy and support spending by passing a stimulus aid package that caused inflation with the US dollar. This caused many investors and financial institutions to turn towards Bitcoin.

Where is Bitcoin Today?

Today, one Bitcoin is worth exactly $36,853 USD – a far cry from the $0 starting price back in 2009. The outlook for the next decade could go either way. Some investors expect to see a price of more than $500,000 per Bitcoin by the year 2030, while others think the price will crash to less than $1,000. Only time will tell where the true price is going.

As time goes on, Bitcoin is expected by many to draw in even more investors and to potentially break its all-time high several times over. With so many perks, especially anonymity, Bitcoin will continue to offer something that draws in investors that are looking for privacy. Others will continue to discredit cryptocurrency as a whole and might never be convinced that Bitcoin is more trustworthy than using a traditional bank. Bitcoin’s critics still believe the bleaker predictions that state the value will drop dramatically. In the end, each investor will need to decide for themselves whether they think Bitcoin is the way of the future or just a fad that will be forgotten about over the next few years.