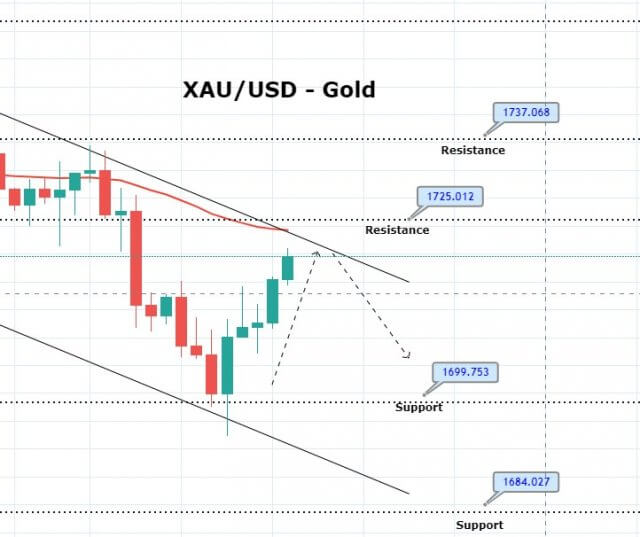 The yellow metal gold traded sharply bullish to hold around 1,719 area. Most of the buying in gold was safe haven driven, which lead the gold prices towards the high’s of 1,719 level.

The statement from the U.S. came in and intensified the US-China anxieties. A day before, the United States Secretary of State, Mike Pompeo, notified the U.S. Congress that the Trump administration no longer consider Hong Kong as autonomous from mainland China.

Consequently, the demand for safe-haven assets got boosted as the U.S. withdraw preferential trade and financial standing that the previous British colony has owned since it was handed to China in 1997. It suggests all U.S. tariffs on China would spread to Hong Kong as well. It would also make a trip to the U.S. for Hong Kong citizens more complicated and would likely cause the departure of many refugees residing and operating in Hong Kong.

The XAU/USD prices traded sharply bullish soaring from 1,710 level to place a high around 1,719 level. The resistance level of 1,723 will be eyed now extended by a downward channel and can be seen on the 4-hour timeframe. The XAU/USD’s support is likely to be found around 1,710 and 1,702. Consider taking buying trades over 1,716 today.