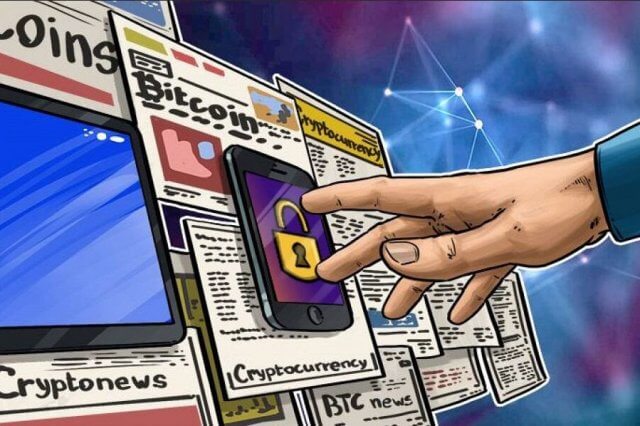 An advertising ban of cryptocurrencies in social networks and search engines is currently in place. Reasons for the ban, objectives, impact of the restrictions on the cryptocurrency market and its participants are all covered in this in-depth article.

In January 2018, Facebook imposed a ban on any announcement of cryptocurrencies, ICO, and other projects related to large financial risks. Since June, Google has introduced the same ban. Official version: the creation of obstacles for fraudulent startups that supplant cryptocurrencies, but at the same time with the ban on advertising allowed the publication of ordinary articles. Why the fight against fraudsters is so selective, who benefits from this ban and how the market will react to it.

2018 for cryptocurrencies started not very well. Due to an overwhelming takeoff in January, the cryptocurrency market was hit by a series of failures. First, Coincheck and Binance were hacked, updating records of the amount of money stolen. Then more than 30 thousand ВТС and BCH were thrown to the market by the bankruptcy of Mt.Gox. And now another blow below the belt: advertising ban on cryptocurrencies and ICO from social networks and search engines. There are some points that are amazing in this solution:

Why was this decision made only after almost a year since the explosive growth of the popularity of cryptocurrencies?

Why do major Internet sites have such unanimity?

Who benefits from this solution?

To answer these questions will only be necessary known over time, but you can already draw some conclusions and build hypotheses. You will learn from this summary.

Do you fight windmills or try to be in control?

Recently, the parent company of Google, American Alphabet Inc., reported that the platform will prohibit the placement of any advertising related to cryptocurrencies and the primary placement of tokens (ICO). Similar actions will be taken by Twitter. The official reason is to prevent the proliferation of fraudulent schemes disguised as cryptocurrencies. According to Token Data, in 2017, 902 ICO 378 projects have ceased to exist before or after raising money. The first collective lawsuits against the Centra and Tezos projects are already being considered in the courts.

In recent times, many companies have faced not only the blocking of advertising but also the block of the entire account. For example, restrictive access to Google ads was reported by a financial startup Lamium working with Blockchains. Without explaining the reasons, the YouTube channel Bad Crypto Podcast was completely blocked. And the number of such complaints from companies directly or indirectly related to cryptocurrencies is growing every day.

Previously, two large networks went through the same thing. Facebook made an announcement, in which it reported that the social network introduces new advertising rules that prohibit the advertising of any financial service that is associated with deceptive and fraudulent activities.

Not only cryptocurrencies and ICOs, but binary options have also been banned. It is strange that the statement does not refer to Forex or broker companies, which also frequently raise doubts. Instagram also introduces similar restrictions.

At first glance, such a decision by corporations seems illogical for several reasons:

Last year alone Google in ICO advertising earned approximately $25 million. And giving up such revenue at the peak of cryptocurrency popularity voluntarily is apparently strange.

The motivation of Facebook and Google is understandable. But on the same Facebook, it was admitted that this is an aggressive language that deceives people. For example, “click here for more information about our risk-free cryptocurrency”, etc.

A reasonable question: Why ban all advertising of financial services, if you can limit only information that is misleading? Similarly, a similar language is displayed on the screen, which can be found in advertising for other types of services. But these aren’t forbidden, are they?

Part of this situation is shed by Google, whose decision to ban advertising was commented less veiled. The fact that the corporation could follow the example of Facebook, became known in early March, but then it was not so much a complete ban, but to tighten the rules of its placement. And on the 10th of the month, Google Adwords denied the existence of any cryptocurrency advertising ban. The assignment of “limited” status to advertising (the site reserves the right to regulate for which audience advertising publication is permissible) refers to all industries, including gambling, alcohol, and prescription drugs.

It was later revealed that Google’s ban would be complete but broader. It also deals with binary options, CFDs, and other high-risk securities. And now the most important thing: Despite the ban, its publicity will be possible subject to the certification of regulators in each country. However, cryptocurrency certification is not presumed. It is logical, considering that many countries have not yet designated their legal status.

Google does not hide that it was forced to change its decision under pressure from US and Canadian regulators and the FBI, who see in the advertising of cryptocurrencies, information that does not correspond to reality. And here it is worth drawing a parallel with the recent SEC decision regarding the licensing of companies that work with cryptocurrencies as part of the securities legislation.

The market reacted moderately to the decision of the corporations. The reduction in total capitalization was approximately 15 percent, after which the market partially recovered. In other words, the market reaction can be considered relatively weak compared to the previous January-March recessions.

Interesting moment: It’s about banning advertising, but not posting messages. Since there are no criteria by which it is possible to assess whether the text is advertising. In other words, it is not forbidden to post information about cryptocurrencies that do not correspond to reality. The only thing that is prohibited is to advertise this post as if it were an ad. 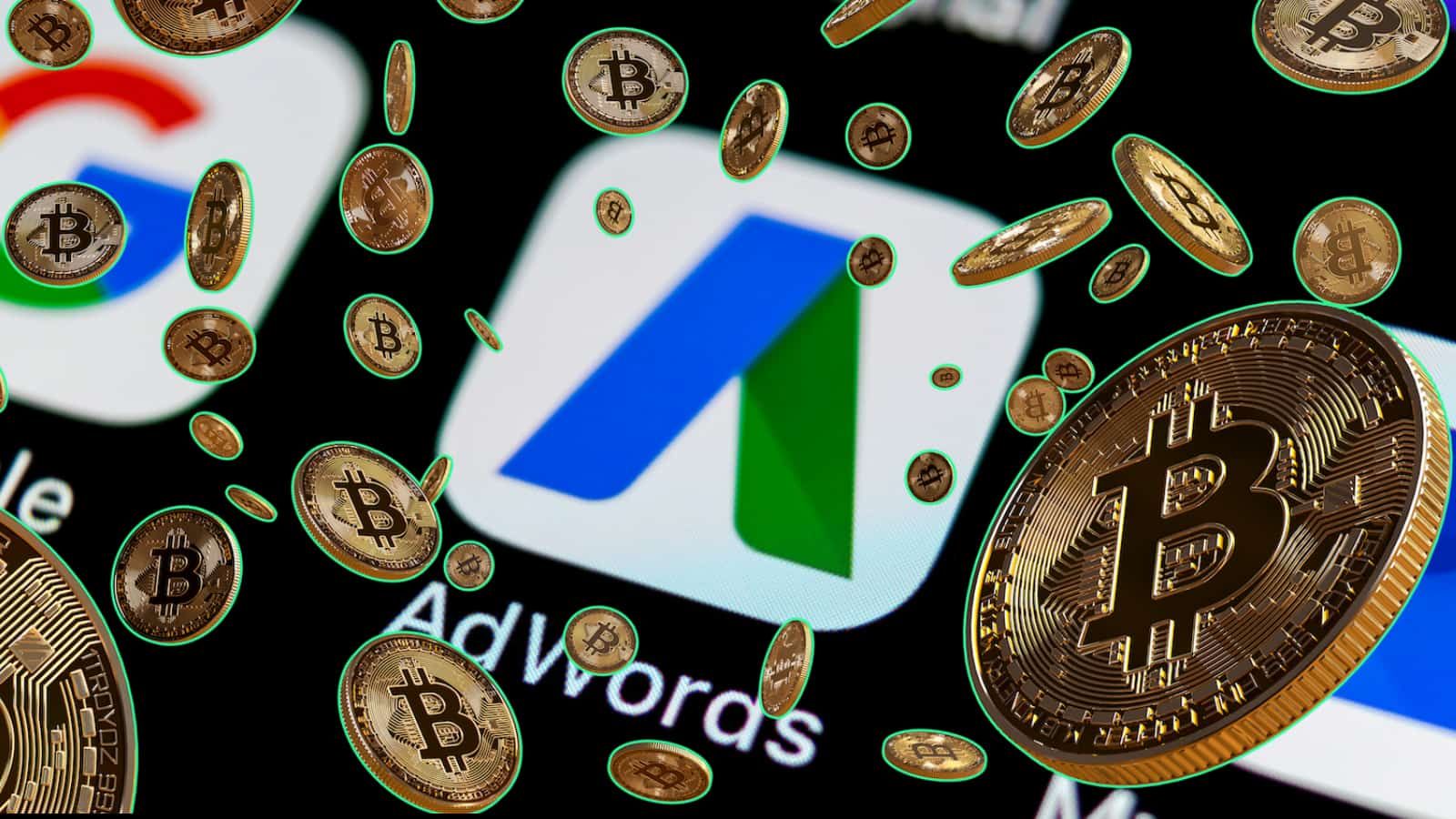 Facebook, which was one of the first to introduce the ban, just in January changed the posting ranking algorithms. Organic coverage now accounts for about 6% of the network’s audience and can be reduced to 2-3% over time, and for the rest of the business, the promotion will now have to be paid more. And the current ban with the possibility of passing advertising certification seems like a cynical desire to win. Reproaching the corporation in this desire is not necessary, but why hide the real goals of caring for users?

Most of the decisions of Facebook and Google will suffer the new projects that ICO plans. As practice shows, at the initial stage, about 70% of the total budget goes to advertising, as it depends on whether the organizers will be able to collect the necessary amount. While companies are looking for other advertising channels. The Telegram audience is growing, where a portion of Facebook users has already passed. Variants of creating advertising platforms are considered according to the type of sites that are dedicated to monitoring, where projects will be promoted at the time of the ICO. Ways may be found to circumvent the ban, because, for example, Google blocks ads for certain key requests.

Conclusion. These last years have been too dynamic for the cryptocurrency market. The actions of Google and Facebook suggest that the reason for the prohibitions is not under the care of potential customers. The United States is the most loyal country to cryptocurrencies, and even more, such toughening measures are not understandable.

The impression (and you can see in the words of Google representatives) that someone (and in particular regulators) just wants to make a little bit of profit from the cryptocurrency market, and the advertising market providers themselves: win in promoting the most popular services. After all, this decision will not greatly affect the companies themselves, which will find other channels for advertising. Moreover, it will not affect cryptocurrencies, which are much stronger than other fundamental factors. From this decision the regulators win, which will imply the admission of advertising, of course, on a basis to a payment.