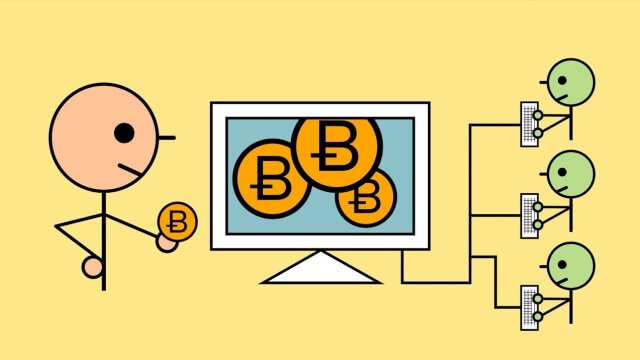 In this post, we will explain a new payment method and also a new way of making transfers that is simpler and safer than the SWIFT that is currently used. We are talking about Bitcoin and the Blockchain that have already been in use for several years, although it has not yet been generalized so that it can change our lives. Specialists say that both can have the effect that had Internet or mobile phones at the time, eventually, we’ll figure out if this prediction is fulfilled or not.

To know what the Blockchain is, we start with the definition of what Bitcoin is: it is the decentralized virtual currency that is traded through the internet. The key aspect is that issuer and receiver trade directly, without going through a bank or intermediary entity, so costs are reduced. They are currently used to buy any type of daily products; in addition, you can exchange bitcoins for real currencies.

Due to the complexity of the algorithm that uses Bitcoin cannot be falsified. Its founder Satoshi Nakamoto did it in such a way that the more people use it, the more complicated the algorithm is. Therefore, you do not need any competent authority to regulate Bitcoins.

To sum up, you can say that Bitcoin resembles cash, with similar characteristics. It also allows us to maintain control over the funds at all times because it is we who have them, not a bank or fund. And because it is done by digital means, it also highlights the immediacy it offers.

What is the Blockchain?

Also, we have the Blockchain that can resemble a public accounting book, a database, in which each block of information is connected to another block of information. In this kind of book where they write down all the movements that take place with bitcoin being in continuous growth. These annotations are inscribed in what is known as a block and are added in a linear and chronological manner. Therefore, in the blockchain, the information cannot be modified unless all the component parties agree.

The difference with other methods is that the information cannot be changed once recorded and cannot be erased. It is transparent because the transactions are public but at the same time are anonymous since the information contained in each block cannot be associated with any of the parties involved in the operation.

Mining in the Blockchain

As you are commenting above it works by blocks where all operations are packaged and have to be confirmed by mining. Mining is a mechanism with mathematical calculations that confirm all transactions safely. Some users may be miners and receive some remuneration for the work they are doing.

Mining is a mechanism in which a user puts their computer to work to create new blocks and authorize transactions and operations. You would have to run a software that connects to the P2P network of the currency that uses much of the processing power of the miner’s computer, thus obtaining a commission for the service performed.

The appeal is that the transmission of data via the Blockchain is done by cryptography not by real data as SWIFT does. Recall that the latter is the acronym of the Society for World Interbank Financial Telecommunication, a company formed by banks mainly on which it relies on trust for carrying out transactions. The Blockchain is based on cryptography that makes it much safer, plus it is more economical.

As every new financial product has certain disadvantages, with the Blockchain there is some controversy as banks are likely to lose an important role in the financial world and that is to be intermediaries. On the other hand, as it is still in its infancy, usability is still reduced due to the number of users who use Bitcoin on a recurring basis. Security is an important issue as it may be exposed to attacks because it is open-source; there are many users who support its operation but at the same time can misuse the system.

The main global banks, of which Santander, BBVA, JP Morgan, ING, BNP Paribas are part of a group called R3 that develops applications with Blockchain technology. This new technology works like the Blockchain but with a private blockchain.

These financial giants want to transform the current banking structure by speeding up payments and stock market operations. We are working from three of the most powerful spotlights such as Silicon Valley, Wall Street, and the City.

The largest multinationals are adopting these new technologies; Citigroup is creating Citicoin, a digital currency of its own. Goldman Sachs funded a company that uses bitcoins to manage payments, called Circle Internet Financial. PwC states that around 300 startups are dedicated to improving the blockchain so that it can be used effectively and safely in the financial world. Therefore, its use is likely to spread widely in the coming years.

Startups and the Blockchain

Several startups were acquired by the main banks to develop their presence in the online world. BBVA acquired 29% of Atom to be a leader in online banking. The president of the second Spanish bank said that digitalisation is key today and that anyone who is not able to adapt to the current situation will be left behind.

Santander, in turn, created its own venture capital fund by investing $100 million in two years to catch up with competitors. iZettle will allow Santander to improve payments via mobile and táblet; on the other hand, Ripple that develops solutions for the Blockchain.

Currently, there are companies that are dedicated to developing products using Bitcoin. Blockstream develops Bitcoin for companies that use them. One of the novelties is the fact of performing simple operations in bitcoins that can be done more quickly with an even lower cost. Another startup is OpenBazaar that aims to compete with eBay. A decentralized buying and selling platform with lower costs than eBay currently has. A company that carries out the mining of which we have spoken is BitFury; carrying out the necessary mining for the correct functioning of the blockchain.