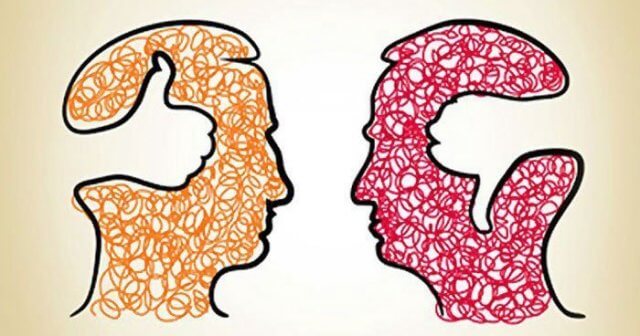 I’ve always liked to investigate cognitive biases. Not being aware of them, could directly ruin a trader’s career or simply prevent someone from being a winner in the long run. This is because many of them are directly related to the basic principles that make it possible to win consistently in trading. And in turn, on these principles, the different strategies are constructed.

In this article, I will explain 7 cognitive biases that cause us to make incorrect decisions in trading, what effects they have and some recommendations to try to solve them.

What are Cognitive Biases?

During the course of the day, the human brain makes an average of 35,000 decisions, but we are only aware of less than 1%. We can walk down the street looking for a pharmacy while we have a conversation with a friend, eat a sandwich and our body regulates all our bodily functions. And we do all this simultaneously without having to think about it.

This is possible because our brain takes mental shortcuts to be able to make judgments and decisions quickly and thus respond to certain stimuli, problems, and situations. And that’s where cognitive biases come from, which are situations where these shortcuts make our mental processing wrong and lead to distortion, inaccurate judgment, or an illogical interpretation of information.

There are dozens of different cognitive biases, but there are some that are directly related to trading. The reason is that basically, cognitive biases can lead us to perform distorted and wrong information analysis, which in turn leads us to make wrong decisions and therefore affects our results as traders.

Examples of the negative effects of cognitive biases include:

It’s about giving a lot of weight to the first piece of information we have when we make a decision.

It is mainly when a trader gives a lot of weight to the chart and the analysis that led him to make the initial decision and then doesn’t properly value the new information that is being provided to him.

For example, we take an operation in the face of a very strong resistance break. At this moment you are very convinced that it will be a very bullish day (basically, you are anchored to the information that is glimpsed after the «break of resistance with great force»). But as the day progresses, there are clear signs of weakness that we do not observe because we remain «anchored» to the initial vision of when we took the operation.

We always have to be able to have a plan BEFORE going into surgery and doing it in writing would be a good idea.

Analyze each new piece of information provided by the chart (if you use the technical analysis in your operation), relate it to your plan to know if it is relevant, and act as indicated if necessary.

The idea is to force us to be more aware of what is happening in each moment.

A very simple example would be:

Once inside an operation, we regularly review our plan, which says we will close our position if once opened the price does not move decisively in the right direction in the next 4 sails.

In this situation, we close the position not being anchored to the initial information and acting on the new data obtained.

Effect of the last event.

One of the ways in which this trend manifests itself is in overreacting to recent losses. Being affected by losing trades, we will unconsciously try to improve our results by avoiding others similar to those that made us lose.

Do not try to learn about recent experience but about results in longer periods of time.

That’s why it’s important to have a trading journal. We record our operations and in a large sample we analyze results, we see where they do not seem to be correct and in the case that we find a problem we try to solve it. But all about large samples, not the last four or five operations.

Seek out, remember, and give more weight to information that confirms our beliefs, ideas, and actions.

We omit signals and reasons that go against our operation and look for only those that confirm that we are correct.

For example, a transaction goes into losses and we only look for information that is favorable to our trade so as not to close it.

Be objective with the information we receive.

One idea may be to make a checklist of factors to take into account when entering the market, going out, etc. As in previous cases, do it on paper, makes us carry out additional checks on all important things, and become more aware of them.

Give more weight to news, comments on social networks, and other media than to our own analysis.

An example is when we hear that a certain bullish market is about to end and the number of negative information increases. We have long positions and our analysis shows no warning signs. But as everyone increasingly agrees on the bearish market view, in the face of any doubts that arise we will tend to close our positions.

Another more negative case is to enter directly into a position because it is what certain people or media advise without carrying out any own analysis.

To overcome the drag effect, one might think that it is best to adopt a vision contrary to that of the majority and always go against the crowd. It is not an optimal solution because the masses sometimes get it right and sometimes they get it wrong.

The solution is to develop a trading plan, stick to it, and isolate as much as possible from all kinds of opinions when we are trading. In this way, decisions will be less influenced by external factors.

It is the natural tendency to avoid losses rather than focus on making profits. Our brains don’t like to lose, and this is the way he has to protect himself.

It manifests in various ways, such as not taking positions for fear of losing when we should do it according to our trading plan. Or, for example, managing operations excessively defensively.

Let’s imagine that we buy in a price break and quickly put the stop loss in break even. But what was the reason? Has the price been turned in a way that we do not consider correct? or simply because we do not want to lose?.

We have to look at losses differently, understanding that they are a part of trading. Losses are the cost of doing business and to have winning trades there must be other losers. In the best of cases (and according to the style of each one), having a success rate of 50-55% would be a success. Therefore, the rest will be losing trades.

The tendency to judge a decision by the final outcome rather than judging it by the quality of the decision when it was made.

This bias has a great weight because if we only value the final result, we can make wrong decisions, be rewarded by them, and repeat them constantly. Putting an extreme example of the subject, if we cross a road blindfolded and nothing happens to us, this is not synonymous that we will have the same luck on the next occasion. Therefore, the decision was bad regardless of the final result.

Not focusing on the outcome but on the process: analyze the market, prepare in advance our operations, and execute our strategy in practice as best as possible.

Fallacy of the Player

This bias consists of the tendency to think that the probabilities of future events are altered by past events when in reality they do not change.

It occurs when a trader misinterprets randomness and may think, for example, that after 3 losing trades the next one is more likely to be a winner.

Be aware that we reason this way and understand reality: the odds of a particular event do not vary based on past results. After 10 losses in a row, the next trade is unlikely to win. Every potential new operation presented to us must be treated as an event isolated from the previous ones.

Solving the Problem of Cognitive Biases

The above list of cognitive biases is not very exhaustive, just as the examples and possible solutions I have mentioned are not. There are dozens of biases and piles of different ways in which they manifest themselves both in our lives and when trading.

Therefore, it does not make sense to know all the types that exist and their variants. Simply being aware of the main ones that affect us, is a big step to be able to make better decisions.

A possible strategy to be followed to solve the problem of cognitive biases that encompasses everything seen in the article would be:

Be aware that not all the decisions we make are thoughtful and logical. When we do an action, analyze what led you to do it. Was it emotions? Did you do it as planned? Was it motivated by any of the cognitive biases you know?

Create a trading plan that encompasses from the search for potential trades, through the execution, management, and closing of the position. Create a journal or register of operations to be able to review with a cold mind the strategies and the quality of the decisions we are making.