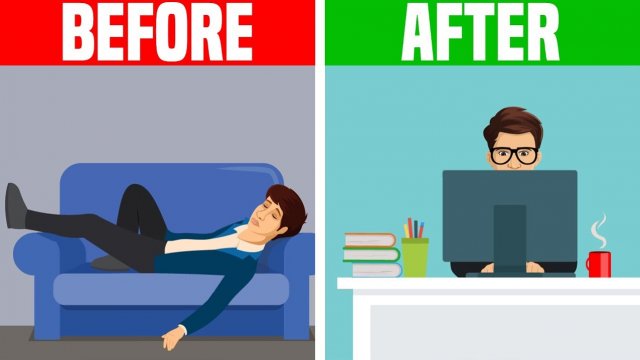 Discipline is often listed as one of the most important traits that a successful forex trader should have. After all, without discipline, one is likely to make decisions based on their emotions and might not stick to a trading plan at all. This makes trading more like gambling and guarantees that success will be hard to come by. The disciplined trader has it all – they can keep their emotions in check (even after large losses or a bad day), they set a plan and follow it consistently, and they don’t spend time worrying about past mistakes. Instead, they learn from their mistakes and move on.

Of course, being a disciplined forex trader is easier said than done. Anyone who has traded before has likely felt a rush of emotions, considered deviating from their trading plan when the market was unpredictable, and they might have even thrown some of their self-imposed rules out the window. If you’ve been there before, then there are some things you can do to help yourself stay disciplined.

Controlling your emotions can be difficult when money is on the line. This is why you need to practice keeping your cool in the beginning until it feels more natural. It’s normal to be more on edge in the beginning of your trading career, or perhaps after changing something about your trading plan or strategy. You can always start by practicing on a demo account to make yourself feel more confident about your plan or abilities – but be aware that a demo account can’t prepare you for the rollercoaster of emotions that come with trading. This is because a demo uses fake money, so while it might show you that your plan needs some work, it isn’t the best if you’re working on managing your emotions. When practicing on a real account, try taking smaller position sizes and risking less so that the emotional fallback is less if you lose money. Then, you can slowly work your way up to larger trades once you feel that you won’t take those losses to heart.

Go back and take a look at your results once you’ve been trading for a while. Have you made money or lost it? The best way to do this is to keep a trading journal and write in it religiously. This means you’ll log every trade you make and include details like how much you made or lost, the reasons why you entered or exited the trade, and so on. This helps you to understand your strengths and weaknesses and shows you where your strategies do and don’t work. Once you tweak your trading plan to perfection and have data that proves it is trustworthy, it will be easier to stick to it in the long run.

Sometimes, you might just need to stop trading altogether. This could be applied to two different situations; in the first, the market might just not be right for trading. They don’t say that it’s better to trade less for no reason, this saying actually has to do with the fact that traders come out better when they know when to sit out. If you force trades, you aren’t doing yourself any favors. The second scenario could come into place when your emotions are just too overwhelming and you can’t calm down. The best traders know that it’s ok to step away from your computer and take a breather if this happens, rather than to continue allowing yourself to make clouded trading decisions. Take as much time as you need to and come back once your level-headed. This will make it easier to stay true to your plans and strategies without making cost worthy mistakes like revenge trading.