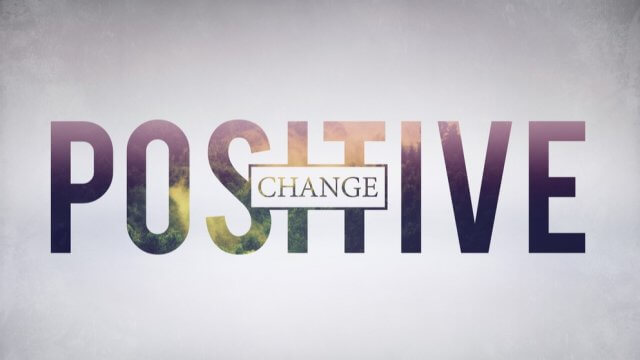 Change, something that you either love or absolutely loathe. Whichever approach is relevant to you, you are going to need to embrace change in life and especially when trading forex. There isn’t a moment that goes by where your single trading strategy or plan will be 100% correct. The markets change, you need to change with them, adapting to whatever is being thrown at you. It is a challenging thing to do, but a vital skill to learn.

If we take a little look at people who really excel in their field, people who do a fantastic job of getting to the top and then staying there. Let’s take a look at Taylor Swift, nothing to do with trading but bear with us. When she started out she was shy, her music was based around country themes, all about love and romance. However the generation of people who grew up with her started to get older, their taste in music began to change and so then Taylor had to change also, if she remained the same, she would have lost a lot of fans. So instead, she adapted, she changed her music, constantly, there were never more than two songs with a similar theme in a row, this enabled her to keep her fans interested and engaged in her music. She did this and it worked, she is now more popular than ever.

This same way of changing to the needs around you can be seen with many other successful people. Warren Buffett had to adjust his style when the first few investments didn’t go the right way, Michae Jordan had to change his style of play early on in his life after being dropped by his high school team. The thing that all of these people have in common is the ability to change and adapt. If you wish to become a successful trader, then you are going to need to learn how to do this yourself because lets be honest, the markets will change, they can change hour to hour, if you are not ready to change with it, then you will be making some mistakes and you will be making some losses.

One of the things that makes a lot of traders fail is either their inability to introduce some of the much-needed changes or simply that they are unwilling to do it. Traders can very easily get stuck in their own ways, they have been successful in the past so the way that they see it, is that their strategy will be successful again in the future. This is a mentality that a lot of people get, but it is also one of the most dangerous as it will only lead to losses, potentially major losses when the markets have changed.

So let’s look at things in a way that is probably more familiar to you. Let’s assume that you have a scalping strategy, your strategy relies on the markets to be going sideways, ranging up and down between particular ranges. This works fantastically when the markets are doing what you want them to do, the problems arise when the markets begin to shift, they begin to trend. You’re now trying to scalping the opposite direction to a trending market, this will lead to either a large loss or a lot of little losses, neither of which are great. If you are not able to adapt to this situation, to change your trading style, or to completely step back, then you are going to end up losing out, so we need to work out a way that you can alter your current strategy to better suit the current situation that the markets are in.

So we have an understanding that we need to make changes, that is the first step and is certainly a good step. So we make a change and of course, we test it out on a demo account. We have done that and it has worked, so we jump straight back into a live account to put the changes to practice. This unfortunately may bring in new challenges, every change that you made on the demo account will have a subsequent effect on other aspects of your trading such as your risk management plan, so simply making that single change may well have messed up the rest of your trading plan, making things a little more complicated and it may not actually improve your overall results.

It is easy to change things with your strategy, but not every change is a good change. You can very easily make a change which makes things even worse. You need to have an understanding of what changes are needed to be made and also to have both the fortitude and the discipline in order to practice with the new changes and to gain the necessary information and knowledge that comes with them in order to effectively work out whether the new results are actually positive or negative. Many people simply stop halfway through their new testing because they do not feel like it is worth the time, or they do not have the understanding that these changes take time and will often need additional tweaks to them in order for them to be fully effective.

So in order to ensure that you are able to make these changes and to make them in an environment where you are safe and more importantly your account is safe, we do this in a number of different ways. The first is of course on a demo account, every single time that you make a change to your strategy, no matter how big or small, you need to look to test it out on a demo account. This allows you to try it over an extended period of time, in an almost live environment. You need to test it out for a long period of time, not just 4 or 5 trades. Use this opportunity to tweak things. The longer you practice with it, the better your understanding of how these changes have affected your overall trading plan.

The second is to simply review charts, this does not give you the hands-on and true trading feel, but it is vitally important. By reviewing the charts, it enables you to figure out what you could have done during the day and what you could have done differently. This is invaluable as it means that the next time that a similar setup appears, you will know exactly what it is that you need to do. It’s like a sports game, they watch back over the game afterward to find out what went wrong and what could be done differently, so the next time they come up against that opposition, they will be able to deal with the threats and the team a lot better. Do not be afraid to spend some time looking for what you need to do differently, your future self will thank you for it.

So those are two methods that you can use to help implement some change. Remember that change needs to happen slowly, but the most important thing is that change needs to happen. Do not sit there hoping the markets will come back, they won’t, they will simply punish you further. So think about what you need to change, get an understanding of it, and then implement it.