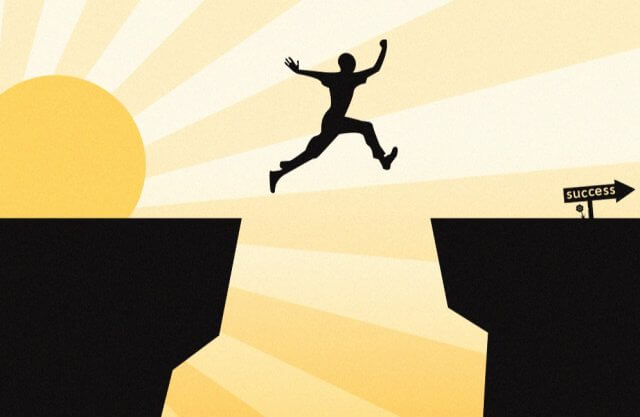 Forex traders are no stranger to the rollercoaster ride of emotions that come along with trading, as many have experienced excitement, greed, anxiety, anger, and even fear at some point in their careers. Today, we will focus on fear and how it can affect your trading decisions, along with some ways to cope with it.

While trading, fear can come from the possibility of losing money, as you never know for sure if your trade is going to win. Some people feel this way at all times and are very careful about how much they risk, while others might only struggle with feeling fearful after taking one large loss or multiple small losses in a row. At this point, the trader is more likely to think of how much money that they have just lost and might even feel as though they are having bad luck. The fear then leads the trader to close their position too early, even though it was a valid trade that could have made more money. After a few hours, the price shoots up and the trader is left feeling angry with themselves for closing out the trade when they could have made more money. Sound familiar? Many of us have been there before.

So how do you deal with feelings of fear while trading and avoid closing out trades too early? Try following these steps:

First, you need to admit to yourself if you’re feeling uneasy and figure out why. Are you simply afraid to lose money in general, or has something made you feel this way? If you’ve been on a losing streak recently, this could be a contributing factor. A large loss could also make you feel more worrisome. Or perhaps you’re generally an anxious person that is feeling more on edge from normal trading emotions. Once you’ve confirmed that you are feeling fearful, remind yourself that this is a perfectly normal emotion in trading that can be dealt with.

Once you know where your fear is coming from, you can think about the emotion more clearly. Say that you’re preparing to exit a trade. At this point, you should ask yourself if there are valid reasons to exit the trade, or if you only want to close out because you’re afraid of losing money. If it’s the latter – you need to stay in the trade until you have a reason to exit. Know that it’s ok to step away from your computer if you start feeling overly fearful or anxious in these moments, as a quick break can really help you calm down. Staying in the trade for longer is the option that is more likely to bring you in more money, as long as you have evidence that the trade will be successful.

It would be nice if every forex trader kept a trading journal, as these handy little record keepers can provide deep insight into what is going right or wrong with your trades. Sadly, a lot of traders don’t use a trading journal, or they might start out with one only to abandon it down the road. For those that have been feeling fearful and closing positions too early, it’s a great idea to either start a journal or to make sure you’re logging everything in detail in the one you have. As you work to deal with overcoming the fear you’re feeling, the journal will help you to see if you’re making improvements or stuck making the same mistakes.