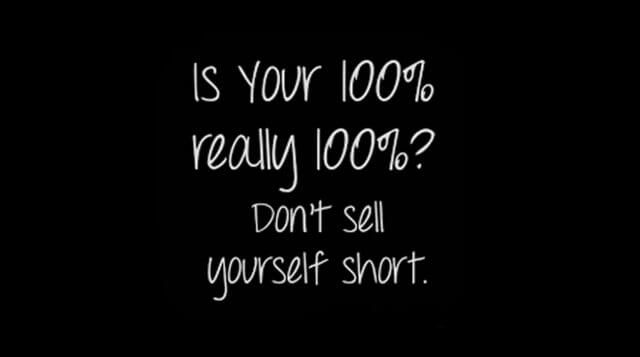 If you have been looking over the internet, at the various social meiosis sites, forums, and trading communities, you would have seen some of the amazing success stories out there. Having seen them, at one point or another, you probably thought to yourself that this is something that you are able to do too. There is nothing stopping you from achieving this, apart from yourself.

One of the traits needed to become good at anything in life, including trading, sports, or even going up the career ladder, that trait is dedication. Dedication is also vital for becoming a successful trader, most people recognise this when they are starting out. However, a lot of people don’t necessarily understand exactly how much dedication is needed or how much work will need to be put in in order to actually achieve these goals.

Those people who have come into trading expecting or wanting some quick results are often the ones that fall victim to the amount of work that is needed and so then eventually gives up. There are people out there from all walks of life who will, unfortunately, decide to jump into trading with tier life savings, hoping to make it big, especially those that are used to gambling or taking larger risks in life. There is an expectation that they will be able to make it, with little other understanding of the ins and outs or the work that is actually involved in it.

Getting into trading is becoming more and more accessible, due to this the expectation from those getting into it is that it must be quite easy to achieve some targets and goals. All you need to do now is to sign up to a broker, send in your ID, deposit some money and you are ready to trade. No lessons, no knowledge needed (even though there is a lot of education and resources available out on the internet), many use it to get a headstart, however, there are those that do not and the ease of getting into trading just makes it an enticing thing to get into with very little fuss involved.

While there have been a number of different traders who have gotten into it and become successful over a very short period of time, this is certainly not the norm. Those success stories and few and far between, however, they are the ones that get the most publicity, and so this gives people the impression that it is an easy and common thing to occur, something that is far from the truth. Not everyone gets the brown success story like this, in fact, the majority of them will not, the majority will lose out. One of the major things that you can do to help improve your chances are to put in the work to learn and to keep some dedication towards your goals and learning.

If we look at the importance of dedication in some other professions, there are very few writers who manage to write a bestseller on their first attempt. In fact the majority of them, it will take many books and failed attempts before one is even looked at by a publisher. Some people also need to put themselves in the right environment. If we look at K.K. Rowling, the author of the incredibly popular Harry Potter books. When she started her writing career, she was a single mother, near bankruptcy, but she still dedicated herself to her writing, going to school, and writing novels. Through this determination to work and to write, she eventually came up with the Harry Potter books and now she has more money than she knows what to do with. If she didn’t have the determination and the dedication to writing when she had been given her first few rejection letters, she most likely would have given up and so she would not be in the situation that she is now.

What about Michae Jordan? You may well know him as one of the best basketball players to have played the game, but did you know what back in high school, he was actually dropped from the team? For many this would have been more than enough reason to give up, but did he? No, he stuck with it, worked hard, and then became one of the best.

Those are just some of the real-world examples of how powerful dedication can be, if you really want to achieve something and you are willing to put the work in to achieve it then there is no reason why you cannot achieve that goal. This works exactly the same for trading, if you really want to do it, you understand that it is a lot of work but you are still willing to put in the work then there is no reason why you won’t be able to do it and to do it well.

Forex is a long process, a really long process, many of the successful traders that you see today (not the ones that got lucky with a single big trade) have taken a long time to get to where they are today. Years at a minimum, in fact, a lot of them would have still been making a loss after their first year. That time is used to get used to how things work, to find yourself and what sort of style of trading best suits you. This is not the time to be thinking of that new car or that you will be quitting your job to do this full time. That will come, but a lot later down the road.

What we need to take from this is the fact that once we have started with something we need to stick with it. This counts for trading as a whole, but it also counts for the smaller parts within trading. If you are trying out a new strategy, you cannot simply try it for a week and then decide that it does not work. Strategies take a long time to create and also a long time to test, at least six months should be put into a strategy before it can be declared as not working (unless it completely fails with a lot of losses). If you have started something, put the work into it, stick with it, and show some dedication to making it work.

Dedication is something that comes naturally to some, they have the ability to start something and then stick with it with little effort. Others may find it harder, those with short attention spans or those that easily get bored can find things harder to stick to in the long run, however if you manage to, you will see the huge differences to your trading ability and your results. So if you are just coming into trading, be prepared for the long haul, not some quick and simple profits, which will most likely never come without having the dedication to push on.