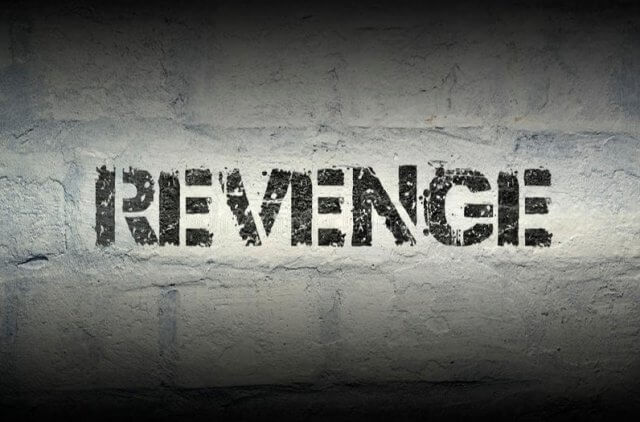 Revenge trading, it sounds like something you would do to an ex or after the markets have hurt you, and in a sense, that is exactly what it is. Let’s spend some time defining revenge trading and determining whether or not it is right for you.

You have probably been told at least a thousand times that losses are a part of trading, in fact, they are a rather large part of trading and they are something that you will experience at every stage of your trading career. What’s important is that those that are trading and experiencing these losses are able to deal with, and to deal with them in a way that won’t p[otentially jeopardize all the work that has been done up to that point in their trading lives.

The term revenge trading centres around the inability of accepting a loss, or the idea that you may have been wrong about something, be it your analysis, or from listening to someone else. Those that are not able to accept those losses will take out their frustrations and anger at those losses on their next trades, other being far too aggressive or completely throwing the rules out of the window. The problem with this is that it throws your discipline out, it also removes any positive risk management that you may have been using and any work that had previously gone into it.

So why would you want to use one of these revenge trades? Realistically you would not want to, they often occur at times when you have become frustrated or have had a number of different losses particularly in a row. Let’s imagine that you have made a trade and it has lost, it loses you $50, this has annoyed you and so you decide to make a larger trade to try and win it back. You can see the issues that could be arising here.

There are a number of different ways that revenge trades can manifest, they are often based on the personalities of the person and also the mood, so let’s take a little look at the sorts of revenge trades that they are the damage that they can do to your account and trading mentality.

If you have had a number of losses in a row, then someone who no longer has confidence in thor trading strategy or are getting fed up with waiting for all the entry criteria to be met, or you just do not feel that the strategy is working as well as you were expecting it to. At this stage, you may begin to start opening up more and more trades in the hope of making profits. Of course, in reality, this is only increasing the risk to the account and the trades being opened are far more likely to end up in the negative due to the nature that they are being opened with little regard to the risk management that had previously been put in place.

Another thing that some people do when they have made a loss is to increase the trade size of the next trade. This is done for the simple reason that they want to win back the money that they just lost. This is a terrine idea and will only lead to a lot of larger losses. What would you do if the next trade loses? Create an even larger one? Some people do this in the hope of getting more money back and recovering any losses, it is not a recommended tactic and not something that you should think about doing. If you make a loss, accept it, and continue with your plan, do not start making larger trades and destroying the risk management of your strategies.

Another thing that some people do is to remove the stop losses and take profits levels on the trades. This is simply due to the fact that they want to make more money when it goes to profit, and do not want to make any losses. This is bad in two ways, firstly, with no take profits, the trade could easily go into the usual take profit location but then reverse and so nothing would have been taken. With no stop loss, there is no limit to how negative the trade could go and without a stop loss, a single trade could potentially blow an account. Not a tactic that any trader should be doing.

If you are feeling like you want to do any of those things, then you need to take a step back and reevaluate what you are doing. If you are frustrated or stressed, take some time away from mth markets, go out, do some exercise, and clear your mind. You need to have some belief and trust in your trading plan, it has been doing well, so do not let a single loss or two throws you off. Keep your risk management in place and do not throw away all of the work you have done up to this point, the only person that will suffer is you.