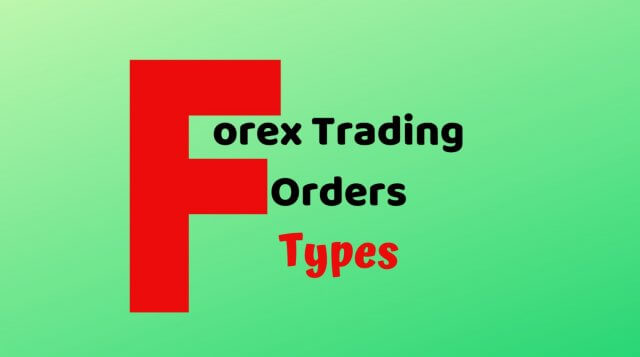 For someone with very little knowledge of forex or trading as a whole, the terms order, trade, and position all probably sound quite similar and may seem to pretty much be the same thing. However, for those of us that have actually traded before, we know that there are a few differences between them. They are, of course, all related to actually putting in a trade, but we are going to be looking at the subtle differences between the three terms in order to ensure that you know exactly what people are talking about when they mention these terms.

Let’s start with orders. By definition, the term order simply means an authoritative command or instruction, and it is very similar when it comes to trading, as we are simply telling the broker what we want. Simple right? Well not quite, as there are actually a number of different orders that you can make, quite a few in fact and some are a little more complicated than others.

The first type of order is simply a market order. This is basically you telling the broker that you want to put in a trade. For the majority of brokers, this order would then be executed immediately and the trade would be put in at the current market price. This works for both buys and sells.

Then there are pending orders. These are orders that you are putting in but asking the broker to place the trade when it gets to a specific price. There are a number of different order types that fall into the category of pending orders, let’s take a brief look at what they are.

Limit orders are pending orders that can be both sell limits and buy limits. The way that this order works is that we, for example, are wanting to buy but the price is moving downwards. We would put in an order for a price that is below the current value. Once the price reduced down to the level that we have set, a buy trade will be placed. The same works for a sell. We place our order at a price higher than the current value, and the price rises and reaches our order price a sell trade will be placed. These work well when placing them on resistance or support levels where you expect the price to reverse.

We then have stop entry pending orders. These work in the same way yet the opposite way at the same time. The stop order is basically a stop on the market. A trade won’t be opened until the price reaches that price and once it does a trade will be opened. So it works in a similar way to the limits, but this time when the markets are moving upwards and they reach the stop entry level, a buy trade will be opened in h hope that the price continues to move in the upwards direction. The same for a sell, you place it below the current price with the hope that it will continue to fall once it reaches the stop limit and the trade opens.

Now let’s look at trades. This is quite a simple one to explain. A trade is simply the act of putting on a buy or sell order and executing it. As soon as the order has been executed, it is now a trade. Trades comprise of both buy and sell trades, but buying when you are expecting the markets to rise and selling when you are expecting the market price to fall. You can place multiple trades at the same time, and depending on the regulation, you can place both buy and sell trades on the same pair at the same time. So in short, a trade is simply an order that has been executed by the broker and is now live.

Positions are a little more complicated to explain, but they are basically an accumulation of all the open trades at any moment in time. Your position is based on the exposure that you have with any given currency within a market. So let’s assume that we are trading the EUR USD currency pair, and we have a trade of 0.01 lots as a buy trade. That is the equivalent of $1,000 on a buy. We place another 0.01 lot trade which makes out a total 0.02 lots or $2,000. Our position is now $2,000 going long. If we were to place a 0.05 lot sell for $5,000 this would give us 0.02 long and 0.05 short, or a total 0.03 lots short, our position would then be $3,000 short.

Your position is basically an indication of how exposed you are to market movements. The more trades that you have going in one direction the larger your position is on that currency pair and so the more open you are to risk and exposure when the markets move.

That is a little overview of what orders, trades, and positions are when it comes to forex trading. Hopefully, this has given you a little insight into their meaning and may have also cleared up any potential confusion that there may have been regarding these terms.