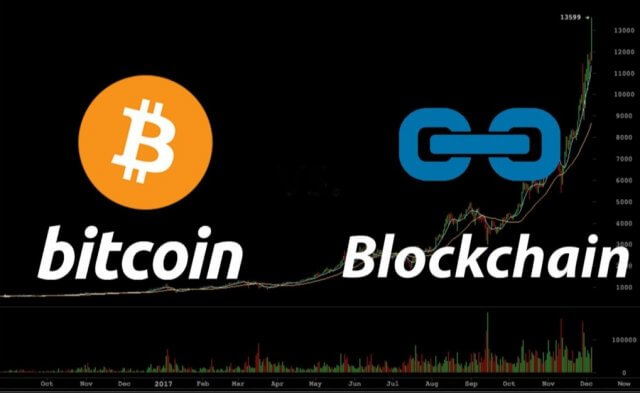 Most large companies are already adapting to the Blockchain, such as IBM or Microsoft, and more and more are accepting Bitcoins as a payment method. Many others join in consortiums to enter this new sector. We are at the beginning of a real revolution.

Bitcoin has risen a lot since its inception. Is it too late to invest?. This is a fairly recurring question today. My answer would be categorically negative, as the cryptocurrency market is only in its infancy and will continue to grow. And if we compare the capitalization of Bitcoin, 44 trillion dollars, with the capitalization of other financial assets, we realize how small this market still is.

Is a bubble forming in cryptocurrencies?

No. If I walk down the street right now and randomly ask 10 people, “What is Bitcoin?”, only one of them will know what it is, and surely will possess none. And if he then asked “And ethereum?” none of them would know. So, until the day comes when I hear recurring conversations from people who are investing in cryptocurrencies, there won’t be a bubble.

In addition, if we compare it with the dot-com bubble in the year 1999-2000, the market capitalization of American technology companies at its peak, was 1,750 billion dollars, which considering inflation, today equals 3,745 B$. If we compare it with the capitalization of all cryptocurrencies, 87 B$, we realize that the cryptocurrency market is very far from those levels, and especially if we think that in this case, the market is global, not only from the US.

There are attractive advantages due to the use of Bitcoin against the Euro or other conventional currencies, such as decentralization, speed, immutability, divisibility, privacy (no one has to know my personal data), transparency (everything is registered in the Blockchain without being able to be removed or modified), lower costs, greater security (when there have been robberies of hackers, have been to companies that contained Bitcoins, but have never hacked the Bitcoin protocol or any other Blockchain system)elimination of intermediaries, etc.. The problem of double spending is fundamentally solved. If for example, I send a PDF document or an image, what I really do is send a copy and I can send it to as many people as I want, but until the creation of Bitcoin, There was no way we could send money with a technology that would ensure that the issuer did not keep the money.

However, in my opinion, the biggest problem that is solved is that of the constant fall in the purchasing power of our currencies. Before the Federal Reserve was created (in green color) the purchasing power of the dollar did not diminish, but once there existed a Central Bank capable of “playing” with money by printing new units, and the gold standard was abandoned allowing printing new dollars without limit, the value of the currency has been falling constantly, in the same way as all other conventional currencies. The value of $1 at the beginning of the last century is less than 5 cents today.

This constant loss of value of the coins we have in our pockets occurs because when Central Banks print many new coins the money supply is increased in this way. The creation of money is based on the creation of debt, a system that does not seem sustainable in the long term (global debt today amounts to more than 200 trillion dollars).

What is shocking is that in the wake of the last crisis of 2008, the Central Banks have printed a stratospheric amount of money, which will considerably aggravate this situation in the nearest future. But also, we can observe that the monetary offer of the Bitcoin presents a totally opposite panorama since less and less new Bitcoins are generated until in a few years no more will be created, having reached the limit of 21 million units (the vast majority of other cryptocurrencies follow the same line).

The Blockchain also allows, for the first time in life, make transactions without trusting the other party. We can make transactions with people we don’t know without the need for intermediaries such as banks or companies like Visa or Paypal that today act as “referees” generating the confidence to exchange money. Then we can be sure by saying that we are changing from the age of the internet of information to a new phase of the internet of value because the Blockchain allows this transfer of value.

But… What is the real problem you solve?

In my view, the power of the Blockchain goes beyond… It solves the big problem in our society today, which is the exponential increase in the gap between rich and poor. Every day the rich get richer and more control over others. I don’t see how sustainable it is that the 62 richest people on the planet already have more money than 3.6 million people (half of the world’s population, the poorest), or that companies like Apple, Facebook, or Google already have a value higher than the GDP of most countries.

While companies have continued to increase their profits and the pace seems to be accelerating, wages have remained flat even falling. And if we look at countries like Spain, in the wake of the 2008 crisis, we would see how this difference is much more noticeable.

So how does the Blockchain solve it? Distributing wealth from its origin in a fair way instead of trying to redistribute it a posteriori with taxes on high incomes, or other measures, which are not really implemented, since the greatest fortunes are those that tax less in percentage.

With the use of the Blockchain, I imagine a future where artists will be able to sell their own music, paintings, etc.. directly without the need for intermediaries to keep most of the revenue. A singer can upload their songs on the Blockchain and with the use of Smart Contracts can define the conditions of use of their music. For each user that plays the song, the author will receive fractions of cents. If radio stations use it or are added to corporate advertising spots, for each broadcast you will automatically receive the money. Then many investors will be able to live on their abilities.

The large technology companies and social networks that earn billions of dollars a year with our personal and private information must pay us for every information they want to know about us (age, nationality, what we like, etc..) and companies that want us to see their ads will also have to pay us to view or listen to them. So what do we do with this money we’re getting? Without thinking, it will be used to consume all kinds of products such as music or reading (for each display of an article your author will receive fractions of euros). In this way, instead of almost all the wealth that is created going into the hands of a few large centralized companies, there will be a decentralization of the system allowing much of this wealth to be distributed fairly among users.

And… why do I like Ethereum better than Bitcoin?

Precisely for this reason, because it is the Blockchain system that using Smart Contracts allows using this new technology in many different cases. Apart from performing the function of currency and value storage without the loss of purchasing power (like Bitcoin), it allows building any kind of decentralized business/projects or other cryptocurrencies.

It is for this reason that Bitcoin associated it as the currency of the future and Ethereum as the commodity of the future. In the same way that many companies need oil, especially since the first industrial revolution, or need the internet since their revolution two decades ago, in the near future I think the Blockchain will be needed for virtually everything imaginable. In this way, if Ethereum is positioned as the leading platform of Blockchain, the demand for its tokens will be huge making ethers worth tens of thousands of euros per unit.

And how to invest in Blockchain?

Unless the project we like creates its own tokens and launches an ICO where we can invest, then it is more difficult. There are very few shares listed on Blockchain, and most of them are listed funds that in my humble opinion do not have too much value.

There are curious cases like GBTC (Bitcoin Investment Trust) that tries to replicate the price of Bitcoin (so no, it does not represent the investment in Blockchain) And if you go to a website and are able to analyse all information on how many Bitcoins each represents their stock in circulation, you realize that currently, their shares are trading almost twice as much as they should. In other words, investors buying this stock are paying double for each Bitcoin.

In my opinion, the best option and the only quoted company focused 100% on Blockchain is BTL (BTL Group Limited), which has created the “interbit” Blockchain platform. One of the sectors in which they are present is energy with BP, Eni, and Wien Energie already testing their platform. And one of the reasons I like to invest is because of the fact that it capitalizes 58 million euros, when the capitalizations that are being achieved by similar Blockchain private companies, are around 1 billion euros.

In conclusion, investing in Blockchain and cryptocurrencies is a very smart idea. The risk is asymmetric because in the medium and long term the probability of prices falling I think is low, and in this case obviously the most we can lose is the capital invested. But if cryptocurrencies and the Blockchain are successful, the capital invested will be multiplied many times, making it statistically worthwhile to be exposed to these markets.

Today there are already more than 900 cryptocurrencies and I think we are going towards a future of “tokenization of everything”, where any company or person can have their own tokens for very different purposes.