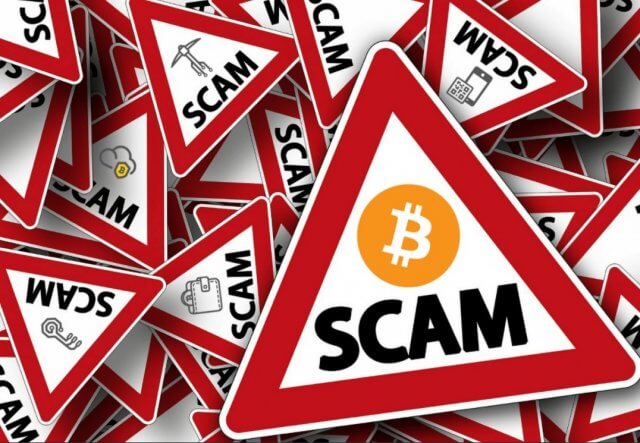 The popularity of Bitcoin, alternative currencies and blockchain is increasing daily. Just look at Google’s trends for the three terms to see how often people search for them in the world’s most used search engine.

In general, the term “bitcoin” is the most sought after among others such as “cryptocurrency”, “altcoin” or “blockchain.” The level of bitcoin search in Google goes in an amazing agreement with respect to the quotation of the cryptocurrency itself. Whatever the term you are looking for, as long as it matches any word related to digital coins it is suffering an inordinate increase in searches over the past few years.

“Unfortunately not all people or groups have the best intentions and usually take advantage of the little experience of new people who discover the Bitcoin ecosystem and all its advantages”.

In this article, we explain how to stay away from them and prevent more than one scare.

What should I do first to avoid losing my cryptocurrencies?

Using an updated and secured operating system with an antivirus that is the order of the day when it comes to updates is one of the most recommended aspects.

It’s one of the first things to consider. The number of users using Windows is higher than that of other operating systems such as Linux, so their chances of success are much higher and devices with Windows installed on it are the main target of these attackers.

Sometimes people use Linux to avoid precisely this problem, but we should not get confused… Using Linux without due protections on the file system is also an open door to theft.

It is very important to be clear that the securitisation of the working environment is very important both for prevention and for the detection of scams. Below we will separate the incidents that can happen in 3 large groups such as software, web, and investment.

Why in these three categories? Very simple, not all bitcoin-related scams happen from computer programs. Many of them can be intimately linked to participation in investments or projects related to the ecosystem of cryptocurrencies without having to go through software or website.

Payments to the Ransomware

Although it is software (that is to say it should be in the previous section of software) we believe that it is worth highlighting because of its impact and the high number of victims.

It’s a Trojan virus. It has hundreds of versions (one of the most famous is criptolocker) and they all do the same: they encrypt your computer files and ask you to pay a certain amount in bitcoins to decrypt them (recover access to them).

Most commonly, your computer will be infected by opening a file (usually a “.pdf” or “.exe”) that is sent to you in an email. But, in addition to the big problem that this already entails, it has a second part: the scam.

Many of these virus versions will never return access to encrypted files even if the reward is paid. What’s more, even if you decrypt the files you have to keep in mind that the computer is still infected (which is dangerous if you later store important new data, for example, the private keys of the Bitcoin wallet that you can use to save the bitcoins that you have left over after the payment of the ransom).

International authorities such as Europol, FBI, European Commission, National Police, and a dozen other authorities and security companies have jointly developed the website No More Ransom, which helps prevent and disinfect the most typical versions of this type of virus (unfortunately still only in English and with solutions to few versions of the virus).

“If you’ve been infected, don’t pay and report the case.”

We have reserved this point for the end since it is one of those that can get to transmit more security to investors but sometimes it is the opposite… Haven’t you ever met someone who promises crazy trading returns? No one’s asked you to join a high-yielding weekly fund? If they haven’t, it’s because you’re very new to Bitcoin, but it will get to you, so we want you to be prepared.

Obviously, not all mutual funds are part of the scam categorization. But there are many occasions when certain private investments disappear by magic, leaving thousands of people affected by a project whose flag was the technology of digital coins.

You’ve probably heard some information about the Unetenet project. To understand this clearly, its creators sold share packages or affiliates in exchange for WINNINGS YES OR YES when the reality is that by the time you attracted more people to Unetenet, you were getting more chances to collect your monthly percentage.

Unfortunately, these scams often end up losing a lot of money to those who don’t know where they’re getting into or who rely on secure profits. In this article, we will not mention projects with a high chance of becoming a scam like Unetenet, But we only have to go around the web pages of all those services that guarantee and promise returns on the investment totally astronomical and with a base clearly pyramidal.

Another of the most talked-about, and well-known cases in the Bitcoin community, OneCoin, which involved thousands of users in a global Ponzi pyramid scam that used Bitcoin as a constant claim alongside a multilevel structure to sell investment packages in its non-existent currency.

“As always our best advice is this: never trust anyone but yourself.”

In short, don’t believe anyone who promises you astronomical returns. And when we talk about “astronomical” returns we don’t necessarily talk about cases like those mentioned above that promise you to double the amount, but, for example, cases where they offer you a 0.5% daily or weekly, or where you receive a reward in other cryptocurrencies (cryptocurrencies without any backup). Be careful with all this and analyze it very well, because in many cases it is a simple scam.

We have to bear in mind that possibly (and especially during the first phase in which you are involved in the scam), you will receive commissions, which will make you not suspect because this depends on you spreading the word and bringing to the scam more people, but when the time comes to your money and the rest of it will disappear.

These scams not only take advantage of ignorance but also of people’s greed. No one can assure you of fixed benefits over anything, for we live in a dynamic and unpredictable universe.

In investments of any kind, but especially in those related to Bitcoin, follow a golden rule: never play with the money you’re going to eat, only with what you really don’t care about losing, and above all analyze very well where you put it. The worst thing about these situations is that those who end up most affected are the ones who most need the money that has been stolen from them.

¡And remember! The problem is not Bitcoin, the main cause of all this is humans. These kinds of scams are present daily with Euros, Dollars, or any other currency you can imagine. The sole purpose of this article is to warn you of the different types of scams that you can find and always investigate before acquiring any software, active or participating in a project.

As a final resource, we leave below a website where all the Bitcoin scams (and cryptocurrencies in general) that are detected are added. It is a list that already has hundreds of websites and it is always good to have at hand as a resource to contrast and to alert others of your discoveries: BadBitcoin.