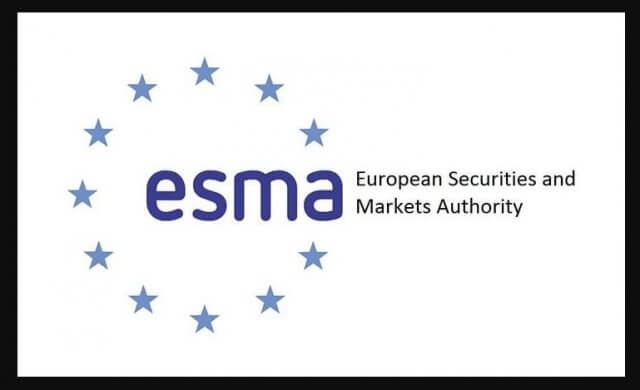 If you have been trading or looking at brokers then you most likely would have come across the term EMSA at one point or another. Many of us know it, but we don’t really understand what it means or what it is that they actually do. To make things short, they are an EU authority that has been put in place and in charge of the responsibility of protecting the financial system within the European Union and to help improve the protection that investors receive. The ESAM stands for The European Securities and Markets Authority.

The ESMA was founded after the 2009 de Larosiere report recommended a European System of Financial Supervision (ESFS)as a decentralised network. The ESMA began operating in January 2011 which substituted the Committee of European Securities Regulators (CEST). The ESMA was given three main objectives which were to protect investors, to ensure that there is an orderly market, and to ensure financial stability.

The ESMA currently performs four primary functions which include assessing the risks that investors may incur to act as a rulebook for EU financial markets, enhancing the supervision convergence, and direct supervision of particular financial bodies. The ESMA is also aiming to ensure that there is a uniform treatment for investors across the European Union which will allow for an adequate level of protection of the investors through effective regulation and supervision. It is also there to enhance the compensation for financial service providers and also to help ensure the effectiveness and cost-efficiency of supervision for companies that are being supervised.

CFDs are known as contracts for difference. This is where a contrast between a broker and a client is created which exchanges the difference between the price at the start of the contract and the price at the end of it and it is then fulfilled in physical funds. The main appeal of this sort of trading is the leverage that is available, which can go as high as 2000:1 with some brokers. One of the ESMAs purposes was to help reduce the leverage that brokers are offering in order to better protect the investors from losses.

The issues that can be seen with leverage is that when the markets move, it can cause large losses for those that are using high levels of leverage, especially as many newer traders are coming in from the lure of having high leverage without having a proper understanding of how it actually works. Leverage can work both for and against, you magnifying your profits but also massively increasing the risk and size of losses within the account.

Due to this, the ESMA set out new regulations that brokers within the European Union are required to adhere to. Some of the recommendations include:

The regulations also require brokers to offer negative balance protection in order to ensure that those using their services are not able to lose more money than they have deposits, this helps to prevent the situation during the 2015 Swiss Franc where the Swiss Franc soared and caused a huge spike in the markets, causing many investors to go heavily into a negative balance, many brokers were then demanding investors to pay back the negative balances.

The last proposal of the new regulations was to issue a total ban on bonuses and other incentives that brokers may use in order to lure in new traders or to potentially cause traders to overtrade. Brokers were also instructed that they must include in their marketing what percentage of their clients have lost money.

Unfortunately, a lot of these changes have created a form of fear from traders that the regulations will increase the cost of their trading as the brokers may need to add in additional commissions in order to make up for their losses. Many traders are also feeling that they will not be able to place as many trades due to the decrease in leverages being offered. So while the regulations are not entirely popular, they do help to eliminate some of the slightly more dubious activities that some brokers have been taking part in and helping brokers to be more transparent.

The ESMA and Binary Options

Binary options are another form of trading, it is sometimes seen as an asset or nothing option. It is more along the lines of a gamble, there is a fixed compensation when the option is positive (in the money) which is paid upon its expiration or nothin if it is negative on expiration. Binary options are automatically exercised, meaning that the investor does not actually have a choice of buying or selling an underlying asset at the expiration of the contract. This form became popular due to it being so simple with a single choice of up or down.

Market Maker brokers are the ones that are most likely to be affected by the new regulations. These sorts of brokers rely far more on marketing, trading incentives than other brokers and more importantly, these sorts of brokers often make money when their clients lose. They often do this by offering their clients more leverage in order to try and get them to lose out. With the ESMA reducing the leverage being offered and the new marketing and incentive guidelines, these brokers may find it a lot harder to bring in new clients or to make profits.

The good thing about STP (Straight-Through Processing) brokers is that they do not rely on their clients losing in order to make money, instead, they make their money by charging a commission with each trade. The more trades that a client makes the more commissions the broker will bring in, due to this, the brokers often do what he can to help their clients rather than trade against them.

Due to the leverage restrictions, the volumes of trades will be reduced, thus reducing the amount of commission that the broker is able to charge. There is also a requirement that the FCA requires an STP broker to apply for a 730,000 euro licence and then also maintain a capital requirement. Both broker types will be changed by the ESA regulations, there are both positive and negatives to it.

The ESMA regulations also require that a broker will be required to display a disclaimer that shows what percentage of their traders and clients lost money, this must accompany any sort of advertising materials, something like “87% of our clients lose money!”. This move helps to attract only traders who have a knowledge and understanding of what it is that they are doing rather than just any trader. Due to them requiring their clients to be more successful it also provides an added incentive to help educate their clients and to offer more than just a trading platform.

The ESMA rules will also increase the minimum margins on all CFDs and a possible increase in spreads offered by brokers. They also place a ban on marketing, delivering the sale of binary options to retail investors within the European Union.

The leverage restrictions and margin increases are shown below:

So those are the new rules and regulations that have been put into place by the ESMA, some may benefit you but some may not, so if you are affected by these new regulations, what can you do about it?

You can deposit money into your account, not the most popular option, but when your leverages have been reduced, in order to trade with the same volume as you were before, you may be required ad in some additional funds. You can also look for a broker that offers a professional account, this is one that is exempt from the new regulations, but you just have a very high level of wealth and experience in order to obtain one. The final thing that you can do is to simply look for a broker that is not affected by the ESMA, finding a broker outside of the EU in one way of doing this there may be other regulations in place, but they will most likely not be as restrictive as the ESMA ones.