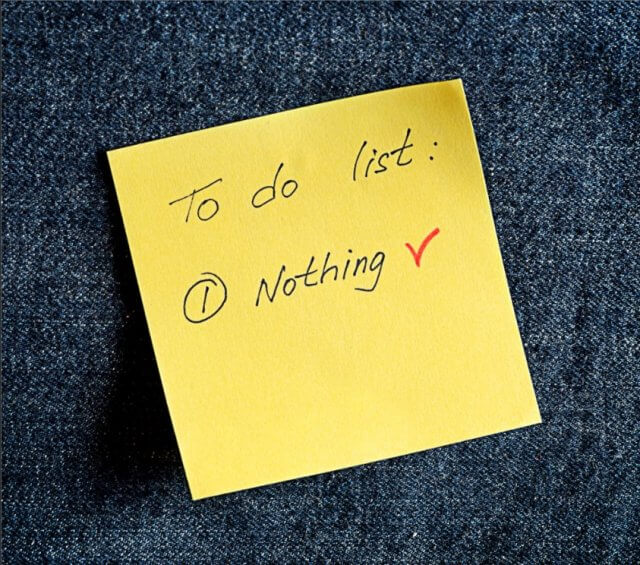 The title sounds a little counterproductive, if you are not doing anything, how are you meant to be successful? One of the biggest and most important traits for a  trader is often their patience, the ability to simply sit and way, and to have the self-discipline to not jump at every single opportunity that comes up.

The majority of traders fail, and they often fail within their first year, quite a few within their first month. One of the things that can cause them to fail is overtrading, simply putting on too many trades. When you start out you will have your trading plan and your strategy, this will have some rules to follow. If these rules are allowing you to put on 100 trades a day as a day trader, then you are probably trading too much and your rules are not strict enough, your strategy only allows for one or two trades a day but you are putting on six or seven trades then you are not sticking to your rules, you are placing trades outside of it and this simply means that you are overtrading your strategy.

A good trader won’t let this happen. A good trader will always stick to their rules and a good trader will only trade when it is exactly right. You don’t need to take every single trade, even if it does one up with your strategy. It is often said that you should not let your emotions influence your trading, but when you are in a situation where your strategy is good enough, you can allow them to slightly influence you, not on the trades that your strategy allows, but whether or not you take those trades. Sometimes you simply have a hunch that something is not right or you just do not want to take it, use this and do not take it, you will kick yourself if you don’t, yet your strategy stated that it will be a good trade and one that you should take, so it is not the end of the world if you don’t, but you will begin to grow your own sense as to whether you should take it or not, just do not be afraid to say no and miss a trade every now and then.

Learning how to wait is vital, any good trader will understand how to do this. It helps you to keep some self-control and discipline within your trading. Not every single opportunity needs to be amazing. In fact, the majority of them are not. You only want to take the ones that both your strategy and your gut are telling you are right to take. If just one of those things exist, then it may be better not to take it. Of course, being able to train your gut feeling to lean more towards the better trades will take time, quite a lot of time, only through practice and experience will you be able to be sure that you are thinking along the right lines, this does not, however, mean that you should be trying to take lots of trades in order to train yourself.

Many newer traders like to rely on others which in the world of trading is never a good thing to do. You will be taking trades solely based on what it is that they are trading, with no actual knowledge of what it is that you are trading or why you are putting the trades on. This is not a sensible way of doing things, you will be putting on a lot of trades that you probably shouldn’t be, even if they are good trades, you have no idea why so you should probably not be putting them on.

Good traders simply do not need to put on a lot of trades in order to be profitable, they select their trades carefully and only select the ones that have the highest profitability and potential for a good win. So do not feel the need to place lots of trades to make a profit, pick them carefully and you can have quite a successful career as a trader.